The Case of the Scorpion’s Tail (Blu-ray) 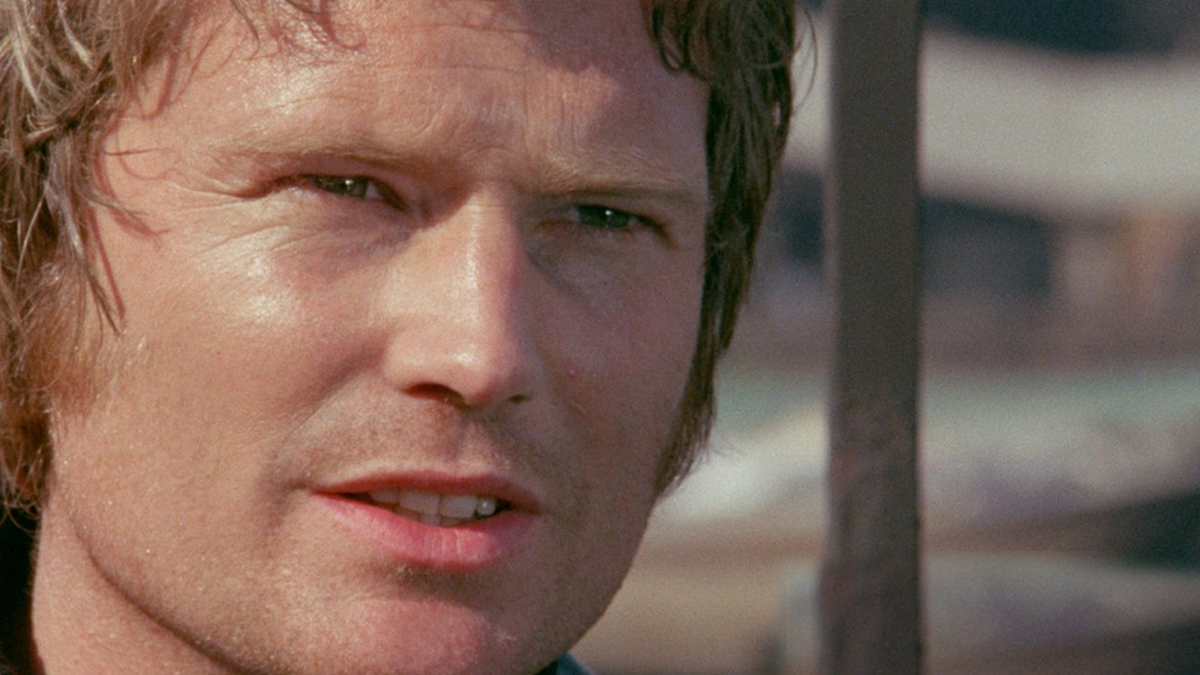 Arrow Video is the leading distribution label for giallo films. Arrow demonstrates its vast knowledge of the genre again with their release of Sergio Martino’s The Case of the Scorpion’s Tail. This was the second giallo film directed by the prolific director. Having already watched Arrow Video’s releases of Torso and The Suspicious Death of a Minor, my estimation of the director had grown with each film. This weekend I had some time to sit down and check out The Case of the Scorpion’s Tail, so I watched the film and its accompanying supplements.

Lisa Baumer (Evelyn Stewart) is an unfaithful wife living in London. When her husband whom is much older than her boards a flight to Athens, she phones a friend. That night she has a romantic encounter with him, and while she rests her husband’s plane explodes. This draws the suspicion of both Interpol and the insurance company. She is her husband’s sole beneficiary and the policy pays out one million dollars. She bumps into a former lover that threatens to release a letter which would show that  she wished her husband was dead. He blackmails her and she pays him partially, offering to pay the rest later that day. Arriving at his apartment, she finds him dying from a stab wound. She boards a plane and heads towards Athens where she encounters the charming Peter Lynch (George Hilton,) one of the investigators from the insurance company. They get along well. She then meets up with a woman named Lara. Lara was apparently her husband’s mistress. She accuses Lisa of blowing up the plane to collect the insurance money before her husband could file for divorce. She also introduces Lisa to her “lawyer,” who doesn’t say much but is good at making people disappear. Luckily, Peter intervenes and saves her from being stabbed. The next day Lisa manages to retrieve the million dollars. At her hotel that night, she is murdered and the money is stolen. Peter finds himself investigating with his life in danger. He also finds himself developing a relationship with a beautiful reporter named Cléo (Anita Strindberg.)

This is a pretty good giallo film. First and foremost, I love the style of this film. The hair, the clothes, the lighting, the J&B on ice, and the exotic locations – it all adds up to an enjoyable experience for the viewer. This film is informed heavily by the time and place. It would not look or feel the same today and is all the better for being filmed in London and Greece in the Seventies. There is one shot in the film that is taken above Athens that is just glorious.

Martino was a talented director that despite his lack of a trademark style was excellent at effectively directing giallo films. With the incredible Ernesto Gastaldi writing for him, the director and writer were a good match. One thing I like about Sergio Martino’s collaborations with Ernesto Gastaldi, is their ability to develop mcguffins. The plots are always convoluted but when they wrap up all the puzzles fit neatly into place. In The Case of the Scorpion’s Tail, the motivations for the killer make sense and the timeline works.

Like Martino’s other films, the violence always holds back slightly from becoming grotesque. There is blood and murder and one scene of fairly extreme violence, but it is not in the same ball park as a Lucio Fulci or Dario Argento film. This means that it is a little easier to digest for a casual movie fan. Also like other Martino films, there is some nudity and sexual situations. Gialli are known for this so it was not surprising to see the occasional character disrobe. This is not nearly as sexual as Martino’s Torso.

The film has a captivating central performance by George Hilton. He really nails his part and is great in the movie. With good supporting performances from Evelyn Stewart and the beautiful Anita Strindberg, the film has a good cast that hit their mark for the most part. One of the best aspects of the film is the fantastic score by Bruno Nicolai. Bruno was one of the finest Italian composers and his scores are sacrosanct for the genre. Whenever I see Bruno’s name flash upon the screen, I feel a jolt of excitement.

With a fine central premise, exotic locales, and solid direction, The Case of theScorpion’s Tail is a really enjoyable giallo film from the early Seventies. The only downfall of the film is that it is not as strange as some of the other films in the genre which makes it feel a little safer.

Arrow Video have provided a great looking transfer of the film using an MPEG-4 AVC codec of a brand new 2K restoration from the original camera negatives. Here is what the booklet details:

“The Case of the Scorpion’s Tail / La coda dello scorpione is presented in its original aspect ratio of 2.35:1 with Italian and English mono audio.

The original 2-perf 35mm camera negative was scanned in 2K resolution at EuroLab. The film was graded on Digital Vision’s Nucoda Film Master and restored at R3Store Studios. Thousands of instances of dirt, debris, scratches, picture instability and other instances of film wear were repaired or removed through a combination of digital restorations tools and techniques. “

Overall, like most Arrow releases, I was pleased with the work they had done to restore the film. The film has a slightly faded look to the coloring that is not uncommon to titles like this. Fine detail is very nice with a fine grain over the image. Arrow have done a solid job of cleaning up the print. This film has a lot to work with visually because of its beautiful Greek locations. The film also is very colorful thanks to the prevailing style of the time. It pops.

“The mono Italian and English language tracks were remastered from the optical sound negatives at Deluxe Media, Los Angeles. The audio synch will appear slightly loose against the picture, due to the fact that the dialogue was recorded entirely in post-production, as per the productions standards of the period.”

I listened to the original Italian track and thought that it sounded pretty darn good. The score by giallo fan favorite Bruno Nicolai is excellent. The film is well-leveled without any soft-loud dynamics. I enjoyed this track.

The Case of the Scorpion’s Tail is another solid giallo film from Sergio Martino and Ernesto Gastaldi. I enjoyed the film and the amount of restraint it showed. The film has a fun and interesting plot thanks to Gastaldi and strong central performances by George Hilton and Anita Strindberg. Arrow have provided an excellent transfer and a bevy of excellent supplements that are well worth your time. I feel like this film would be a solid entry point to dip one’s toe into the giallo genre.