The 80’s were a good decade for Tom Hanks. They weren’t as good as the 90’s would be as he’d go onto win two Best Actor oscars in 1993 and 1994 (for Philadelphia and Forrest Gump, respectively) but the later part of the Reagan-era gave us a glimpse into the incredible talent that Mr. Hanks possessed (and still does). He’d started out with some films that still manage to entertain like 1983’s Splash and of course Penny Marshall’s Big, which really put him on the map. However The ‘Burbs fell in that somewhat odd time between Big and some of his more mainstream films like Sleepless in Seattle and Philadelphia. And, you know what, I’ve never seen The ‘Burbs! So while I can’t reminisce about this film in particular, I’m only going on what I’ve seen and/or heard over the years. Let’s get to it.

Ray Peterson (Tom Hanks) is on vacation and trying to enjoy some hard-earned time off. His new neighbors, the Klopeks, are a bit on the odd side in that they keep a messy yard, dig up their garden at night and a few other things that manage to raise an eyebrow. Ray’s pal, Art (Rick Ducommun) has a theory that the Klopeks are murderers. However Ray’s wife, Carol (Carrie Fisher) doesn’t seem to buy into this theory and wants to have a normal vacation. Strange things continue to happen and it only lends to the theory that the Klopeks are, in fact, a family of murderers. Needless to say that this sets off a series of events that will not only change the neighborhood, but will either prove or disprove the theory that the Klopeks might be, literally, the neighbors from hell.

As with most al of Dante’s films, there is an element of horror, but it’s not the kind of horror that’ll keep you up at nights. For as creepy and scary as films like Gremlins or The Howling are, at the end of the day it was more fun than scary. I’d very hesitant to call this film “scary” straight out, but it’s got some great performances. I also had no idea that Corey Feldman and Tom Hanks had ever worked together. Odd. The cast is top notch, with some good supporting roles from Bruce Dern and Carrie Fisher (as well as Hanks in the marquee role). No, it’s not a perfect film, but having never seen it before I chuckled a few times (mainly at Feldman) and I can see why this film has such a cult following.

There’s a sticker on the front of the case that says “Featuring an all-new 2k scan of the interpositive” so I take it that they really wanted to promote that (the same moniker adorns the back of the box as well, though not in ‘sticker’ form.” That said, I’ve never seen the film and have no basis for comparison. But I do know that Shout! Factor takes their titles very seriously (as should any studio) and for a film that’s nearing three decades old, it looks pretty darn good. There’s a fine layer of grain that persists, but it’s not a nuisance – rather it just “feels” like it’s a part of the film. Contrast and black levels seem very solid and colors are surprisingly vivid. Detail seems to be fairly sharp as well. In summary, had I not known this movie (or been able to tell based on clothing and hairstyles) was 30 years old, this transfer makes it look and seem much more fresh than that. A great effort here.

The included DTS HD Master Audio 2.0 mix is suitable for a film of this age. It’s good enough to “get the job” done so to speak, but it doesn’t sound like an overly processed mix just to get that 5.1 moniker on the box. Vocals sound rich and lifelike with some extra depth and dimension coming from the front stage. It’s not the atmospheric mix that we’ve become used to with modern titles, rather this one is pretty straight-forward. I wouldn’t imagine any fan of the film would have an issue with this. It’s been done right.

Yes, this is the first time I’ve seen this movie, though I have to admit that maybe I’ve seen bits and pieces while channel surfing over the years. Joe Dante has always provided audiences with some very unique and interesting films and it’s no wonder that this one has gained cult status. Shout’s new Blu-ray knocks it out of the park with a great-looking transfer, plenty of new supplements and an overall package that’s sure to please any fan. 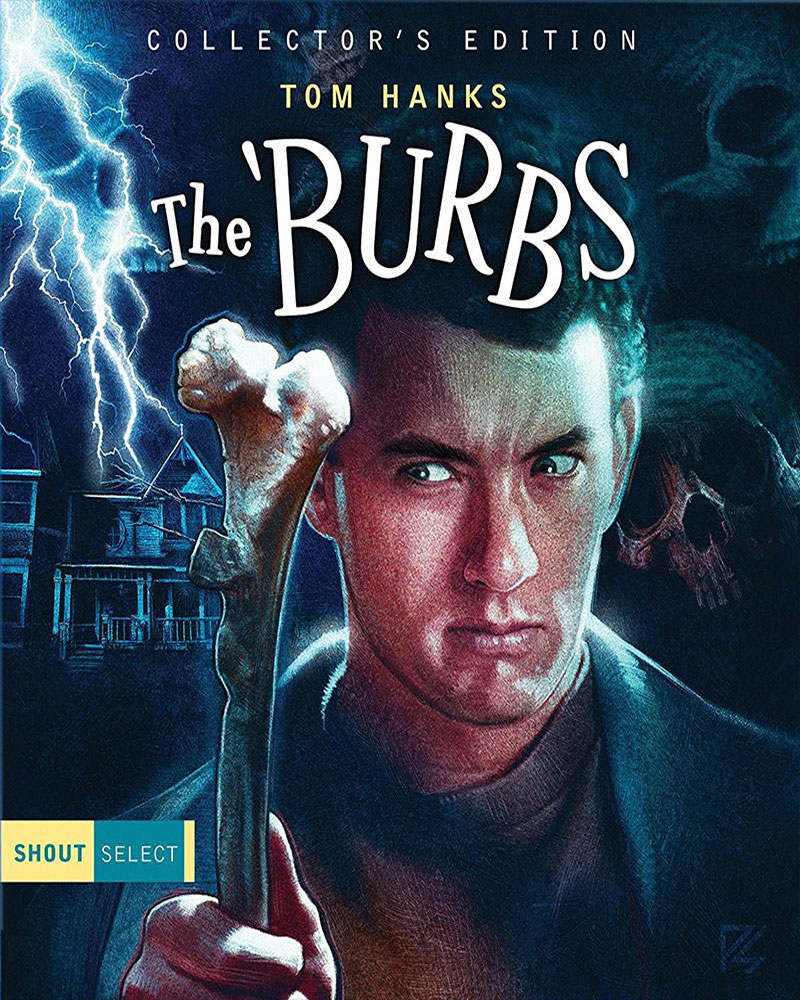