The Big Bad Fox and Other Tales (Blu-ray) 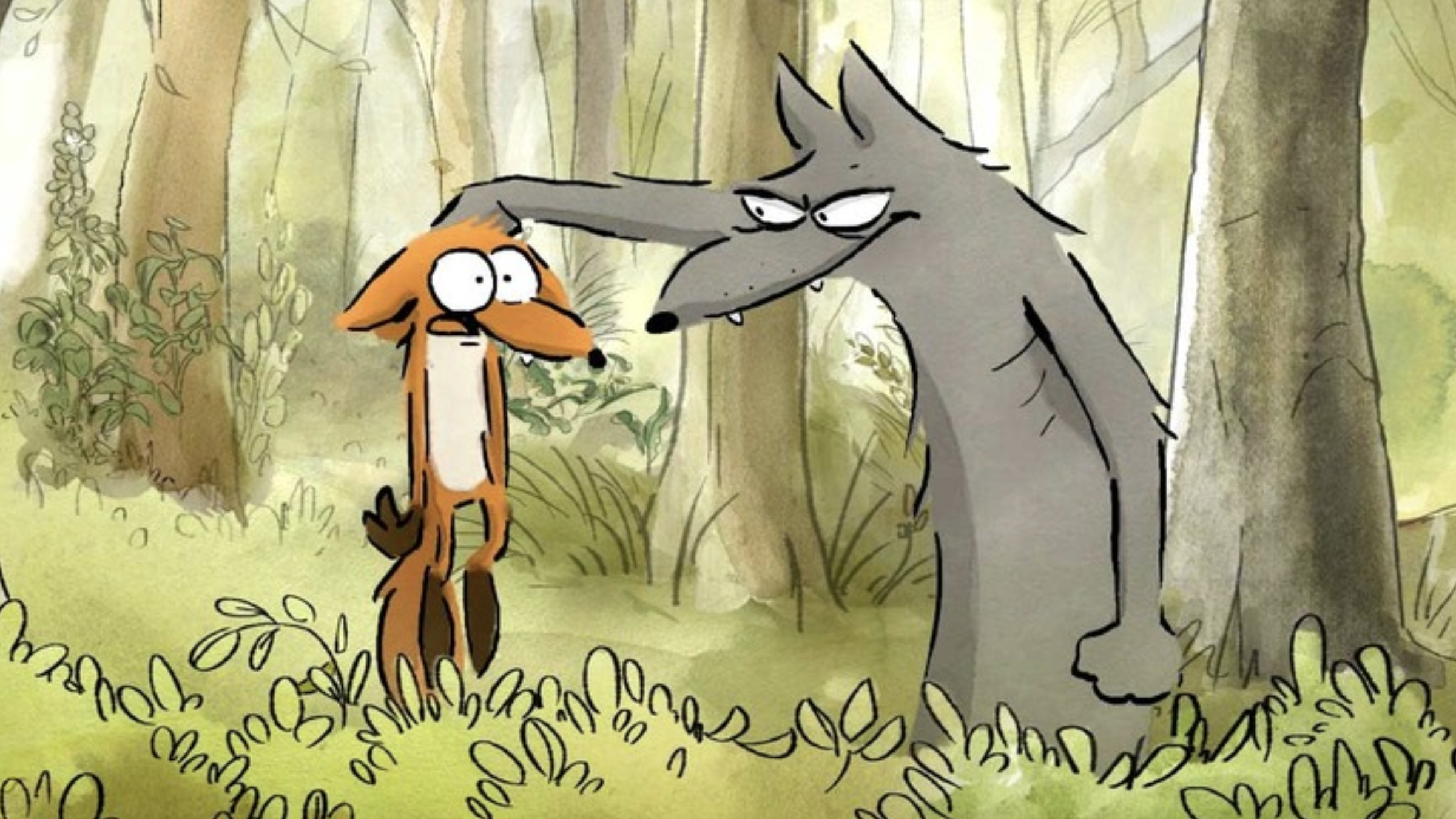 As a father of two boys, it is difficult to find quality entertainment that can be enjoyed by the entire family. We live in the age of the comic book movie, but I personally feel a little burnt out by the sheer amount of comic book films and CGI spectacles over the last decade. I end up watching movies from the Eighties and Nineties with my boys more often than not. Rarely do I find a children’s film in this day and age that I really love. Thankfully, Shout!Factory has recently acquired the fantastic animated film The Big Bad Fox and Other Tales.

The honeysuckle theater company (made up of the animals that star in the stories) present three tales:

A pig who owns a farm has two idiot friends – a rabbit and a duck. They attempt to help around the farm, but they are so incompetent that they ruin most of the pig’s produce. When a baby falls out of a tree and the stork comes tumbling after, pig is given the responsibility of delivering the baby to its parents. Pig argues with the stork about why he should not be given the responsibility, so the responsibility is given to the duck and rabbit. Realizing that the child would be in tremendous danger under their care, pig helps the two idiots to deliver the child. Hilarity ensues.

A fox has trouble scaring animals at the farm. Returning to the woods he gets some tips from the wolf. The fox may not be able to get a chicken, but he should be able to steal some the chicken’s eggs. That night the fox steals three eggs. He takes them to his lair and sits on them excited for a meal. The chicks hatch and assume the fox is their mother. The wolf recommends that the fox raise them for a few months so that they may have a proper meal. The chicks begin to think that they are foxes.

The duck and rabbit from the first story, believing they have accidentally killed Santa, decide to the chagrin of their friend pig that they must save Christmas. Their attempts to do Santa’s work lead to some very funny circumstances.

I watched this movie with my two boys, and we all laughed out loud at the tightly paced comedic antics of the lovable anthropomorphic characters. I had no idea what to expect and this movie was such a fantastic surprise. The film is written and directed by French animators Patrick Imbert and Benjamin Renner who worked together on the Academy Award nominated Ernest and Celestine. I will go ahead and say that this film reinvigorated my sense of hope for the entire kid’s movie genre.

This film doesn’t have any of the posturing and moralizing that is so common today. Instead the film simply focuses on making the audience laugh and presenting beautiful imagery. Anybody sick of the overblown CGI animation of the last decade will find this film a welcome relief. The animation style is done on a computer but is in the style of old hand drawn animation. It looks fantastic and much warmer than CGI. The mixture of watercolor backgrounds and hand drawn characters is a very appealing and pretty mixture. The music in the film is fantastic with its mixture of banjos and horns. Throw in some solid voice acting from British actors (including Matthew Goode and Giles New) and the entire feature is winning. I really can’t recommend this family movie highly enough.

Shout!Factory presents The Big Bad Fox and Other Tales with an AVC encoded 1080p transfer in 1.78:1. The presentation looks gorgeous. Fine detail is excellent and colors and clarity are superb. The film’s distinct mixture of watercolor styled backgrounds and lucid animation looks fantastic. I can’t imagine the film looking any better than it does here.

The Big Bad Fox and Other Tales features a DTS-HD Master Audio 5.1 for the original French language track and the English Dub. Both tracks sound great. I watched the film in the English dub and loved the voice acting. The British talent really brings their A-game and deliver some fantastic performances. The surround effects are used sparingly, but the fantastic musical score is given plenty of room on the track.

The Big Bad Fox and Other Tales is one of the biggest surprises of the year for me. It is a continuously charming and hilarious film that all members of a family should enjoy. My boys and I loved it and will he watching it again in the near future. I can’t recommend this film highly enough. The supplements included are enjoyable and the transfers are superb. If you are looking for a great family film, add this to your collection. It was a breath of fresh air.