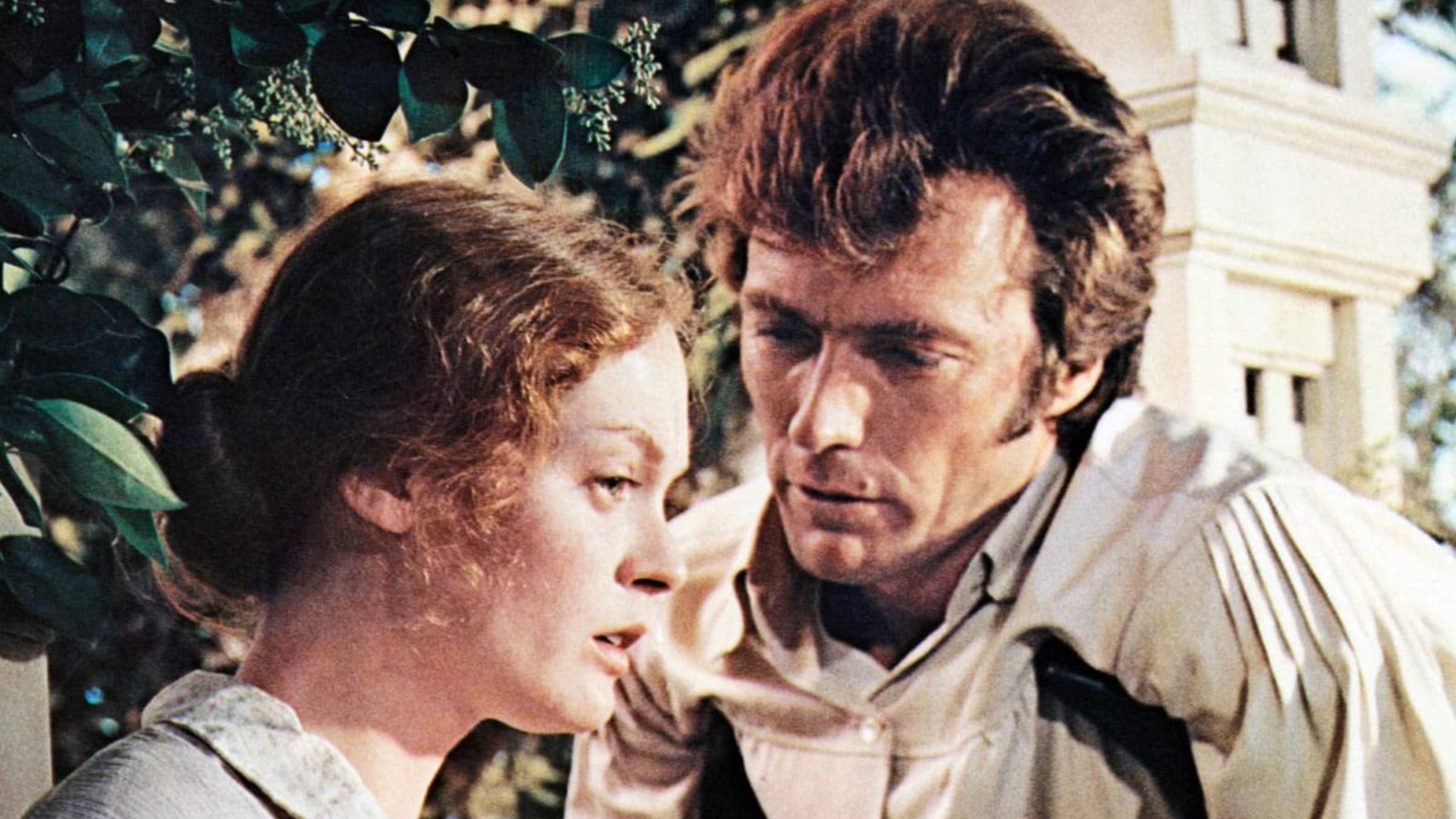 Imagine if you’re a soldier in the heated times of war and you become injured while in the field. When you’re discovered and taken away from the horrors of the battlefield, you awake to find you’re in the hands of the other side. This is what happens to Corporal John McBurney (Clint Eastwood), a Yankee soldier fighting for his side in the Civil War, only he finds himself in an even stranger situation. You see when McBurney was found by a young teenage girl, she takes him back to her school where the all female staff and students seem to be scared of this newcomer. As he recovers he wonders if these women can be trusted, because if they were to turn him in he could find himself in grave danger. But he has no choice at the time so he decides to wait things out while trying to regain his strength. As he does so, he begins to feel the pangs of lust and soon finds himself in a game of cat and mouse with some of the women at the school. But soon he learns that this was a mistake, as the jealousy has grown between the women and it seems like the trouble for McBurney is just starting…

This film was directed by Donald Siegel, who also directed Clint Eastwood in several other solid pictures. This movie has a wonderful visual style, as the costumes and location seem perfect and sometimes dazzle the eyes. But as dazzling as the production design is, the camera work of Siegel is even better and conjures up a terrific atmosphere for this film. The unique camera angles place us into the movie in strange ways and make us look at things from a different perspective, which is very good in this case. I also like how Siegel uses flashbacks and fantasies in this movie and how those help us to explore characters and their motivations. Not your average Siegel/Eastwood movie to be sure, but well worth a look. If you want to see more of Siegel’s movies I recommend Escape From Alcatraz, Dirty Harry, Invasion Of The Body Snatchers, and Two Mules For Sister Sara. While it is kind of strange seeing Eastwood (In The Line Of Fire, Unforgiven) in the role of not the hero, he comes across well at all times. He’s still the tough guy we all know and love, but here he gives that persona a new spin. I suggest all fans of Eastwood check this out just for his performance alone. The supporting cast also includes Jo Ann Harris (American Hot Wax), Darleen Carr (Piranha, Death Of A Gunfighter), Elizabeth Hartman (The Fixer, Full Moon High), and Geraldine Page (Interiors, The Happiest Millionaire).

Kino has given this film a new 2K transfer and it shows on the most literal level. The 1.85:1 AVC HD encode shows that while the colors are still intentionally muted, t does create a nice, pleasing picture.  The flesh tones seem natural also and never display any distortion, which is always good. I found no issues with the contrast either, as shadows looked complex and I never noticed any detail loss. Looking at the film’s theatrical trailer (in the extras), it’s clear to see how much progress has been made with this one.

This really isn’t the kind of film that’s going to light up your home theater. And neither was the remake. Let’s face it, what we get is a DTS track that’s pretty limited as far as sonics and ambient effects. But we don’t watch films from the early 70’s for their audio prowess, do we? No. No we don’t. Vocals are sharp and crisp, though a few times I did notice a bit of clipping on the high end. As mentioned, there isn’t a lot of dynamic range, but the track more than serves its purpose.

1971 was a poster year for Clint Eastwood. He had his directorial debut with Play Misty for Me, portrayed the iconic Det. Harry Callahan in Dirty Harry and managed to make this little gem as well. Of those three, this is my least favorite, but there’s no denying that this one is worth a watch. Kino’s new transfer has upped the ante and with some new supplements thrown in, it’s worth a purchase for die-hard Clint fans.