I’m a fan of the late Director Curtis Hanson and I’m a fan of film such as The Bedroom Window, but for one reason or another, this is a title that passed me by. It’s also rare that I’ll purchase a film without having seen it first, but that was the case here. This was largely because it’s rather hard to obtain from streaming services or other rental avenues, so I figured why not? While it might not have immediate replay value, it is a very effective thriller with some strong performances and a plot that kept me intrigued.  Steve Guttenberg gives a great performance as our lead and it really is outside of the actor’s comfort zone. Even the commentary on this disc mentions that he didn’t do a lot of films in this genre. That’s a shame as he creates a flawed character, but also one we want to see prevail. I’ll dive more into the plot in a bit, but if you have overlooked this little gem like I have for all these years, do yourself a favor and give it a look. It helps especially if you like thrillers of this sort from the 80’s and 90’s.

Terry Lambert is a mobile architect and seems to have a lot going in his favor. He gets along with his boss and appears to be a likeable enough guy. Unfortunately, he gets in far over his head. Terry is having a secret affair with his boss’s wife, Sylvia (Isabelle Huppert). One night the two of them come back to Terry’s apartment where they get right to it and make love. Afterwards, with Terry in the bathroom, Sylvia is looking out the window, which overlooks the park. She sees a woman being attacked and dragged by a man. The lock eyes and the suspect takes off. The victim thankfully isn’t killed. They talk it over the next day and ultimately Terry makes the call to the police about what Sylvia saw, but he claims it was he who saw how it all went down. For obvious reasons, they’re both keeping quiet about Sylvia ever having been with him that night. That would reveal the affair. That’s something that neither of them want anyone to discover. We meet the victim, Denise (Elizabeth McGovern) and at the police lineup, neither she nor Terry can make out who the suspect is. Remember, Terry is going by the description Sylvia gave to him and not his actual account since he didn’t see it. From here, things only pile up and there’s a courtroom scene where the suspect is let go, because it’s revealed that Terry wears corrective lenses and couldn’t have seen the suspect. There are a lot of twists to the story, but they’re best left for the viewer to discover. I enjoyed how the story plays out and as I watched the film, I kept waiting on edge for Terry’s story to fall apart, or be caught in a lie as he tries to maintain his innocence and catch the real killer.

The Bedroom Window has a lot going for it and it shows what having a great story can really do. It helps that the cast is all great and the pace moves along nicely. At close to two hours, I never felt that the film dragged in any way. I was really unsure just how it would all turn out. We don’t see a lot of films like this today, so this is something of a film from a bygone era. These types of films used to be made in large doses, but eventually fizzled out. This is one I overlooked, but was happy to discover. I strongly recommend checking it out.

Kino has given us a nice, if unremarkable AVC encoded 2.35:1 transfer. I don’t mean to downplay it as the image was never bad, it just lacked the heightened sharpness that might’ve elevated my grade a bit. Still, things remained watchable throughout. There was some grain here and there and details were there, but not overly defined. What we get is a decent transfer, but one that could’ve been better.

We get a solid DTS HD 2.0 track, but like the transfer, it could’ve been improved. I admit that I turned on the subtitles to make sure I caught everything, but it worked well enough overall. Some moments have an added punch when the action kicks up. So while this is passable, it could have done more than what we get.

I love films like this and thankfully, Bedroom Window steps up to the plate. It’s an involving and well-made thriller that we don’t get much of these days. The film kept me with it and moved along nicely. Whether you want to own it or just see it, it comes highly recommended. 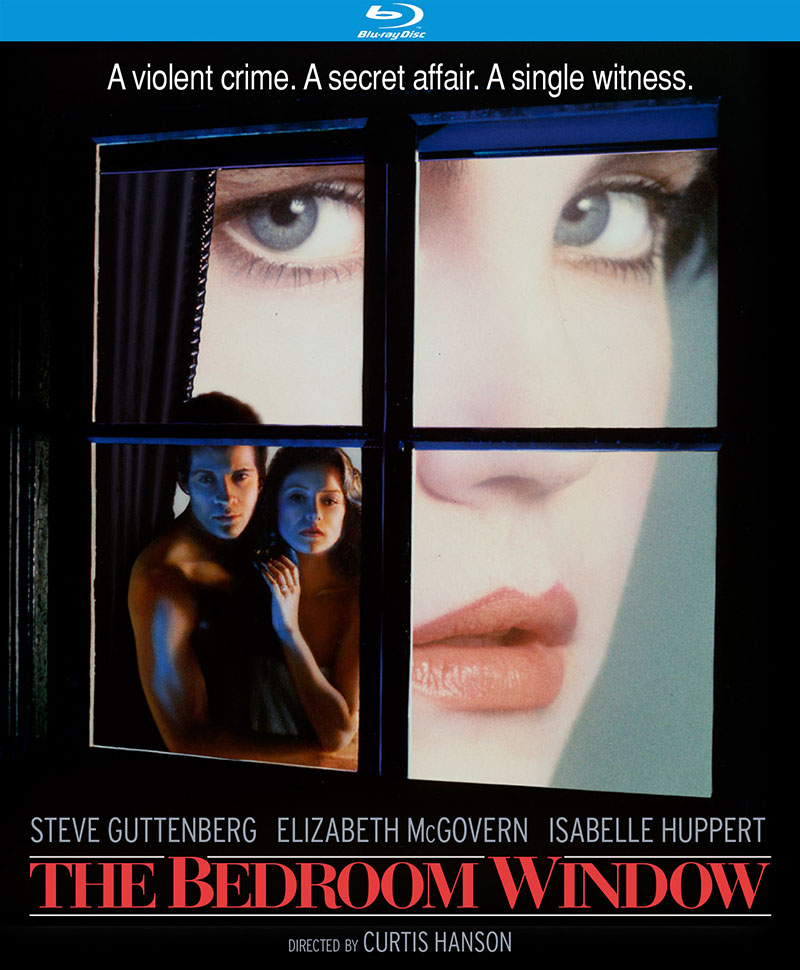