The Art of Self-Defense (Blu-ray) 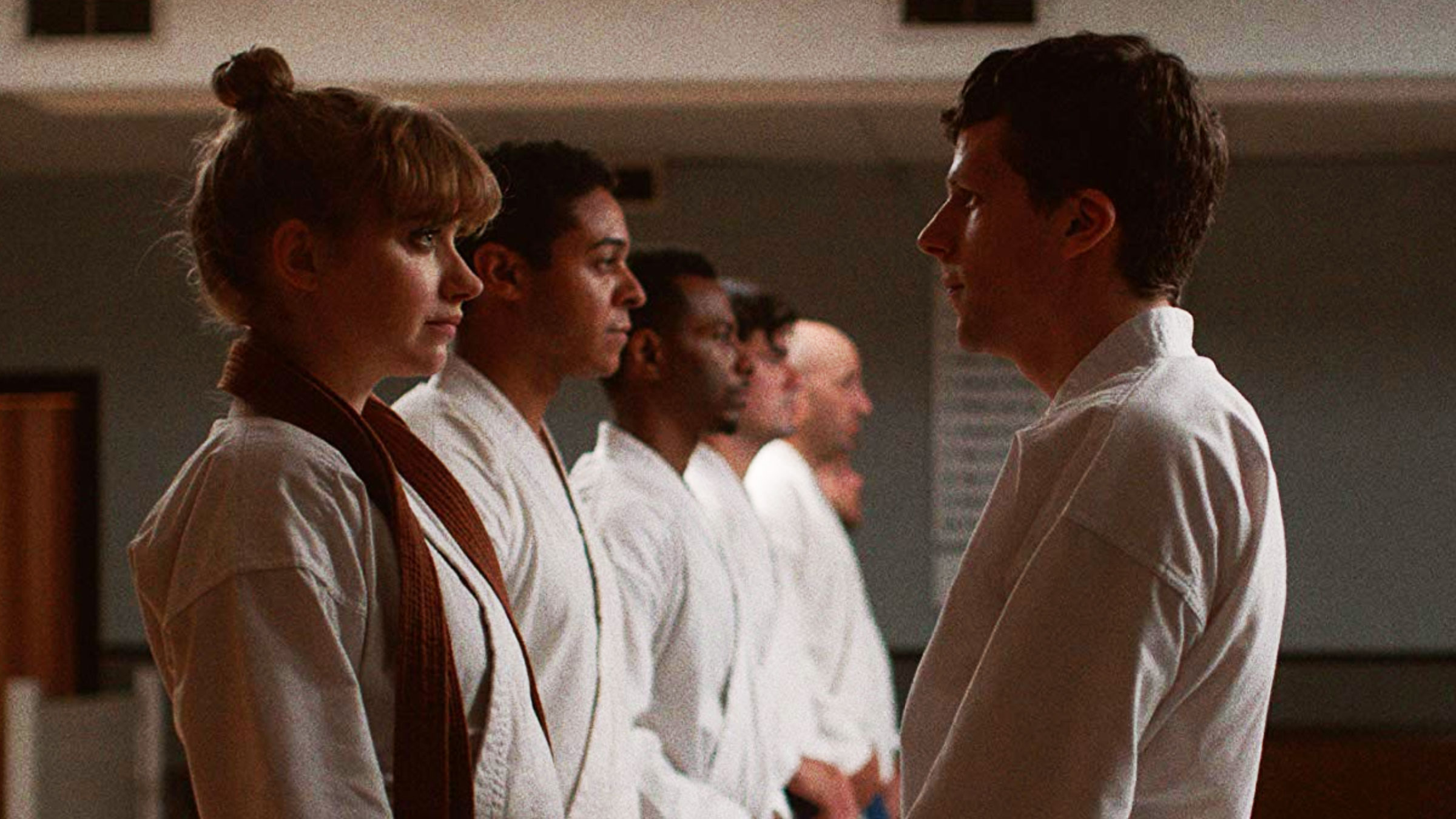 There are films out there that speak to me and others, not so much. Yes, I’ll admit it – I’m guilty of judging a book by its cover (or in this case, a movie by it’s Blu-ray cover art). I’m also a big fan of Jesse Eisenberg, an actor who we don’t hear from as much these days. Some might like that and others, not so much. Still, I love his style of acting. So when I finally put The Art of Self-Defense into the player, I figured I was either in for a treat or I’d roll my eyes at the thought of doing this review. Thankfully it was the former.

Eisenberg plays Casey who gets mugged by a motorcycle gang while walking home from the store. He’s traumatized and decides to take a karate class led by an energetic and charismatic Sensei (Alessandro Nivola). Casey’s belief is that should this happen again, he’ll be able to defend himself. The Sensei takes him under his wing, offering plenty of positive reinforcement. He’s taught to face his fears and confront threats head-on. Casey, after some initial trepidation, begins to respond. It’s not long after this that he’s trying to live his life outside the dojo with the same mindset within it.

Of course there’s an element of this film that I’m leaving out and I’ll not say another word about it. It’ll ruin the surprise and that’s what made the film so enjoyable for me. Eisenberg is in top form (pardon the pun) and excels in playing characters like this. Hey, he’s found his niche so why not embrace it? Equally good are Imogen Poots and Alessandro Nivola. The film screened at the Fantasia International Film Festival to very positive reviews. Thankfully it’s found its way to the home format so all can enjoy. And I did.

In these days of 4K, it’s a bit odd to see a new release that doesn’t look anything short of perfection. Well, friends, I give you The Art of Self-Defense. By no means “bad” this just has a lower budget quality that I’ve been accustomed to seeing. Several shots have a little more grain that I’d like, the film itself has more of a darker tone (physically as well as the film itself). I have no idea what the budget for this film was, but it just didn’t appear to look as good as I thought. And we’ve had films that were shot on an iPhone come to 4K. My best advice is to not get your hopes up and as I said before, it’s not bad, though it does pale in comparison to some other recent releases.

The audio is a different story. While the film is, by and large, dialogue-driven it has some moments that caught me off guard. Vocals are fine, pure and clear though any film starring Jesse Eisenberg will have his trademark hyper-kinetic style of speech. It’s a face. Surrounds aren’t too terribly active, though they chime in and give a few key sequences some well-needed ambiance.

It’s not Fight Club, but it comes oddly close (in a roundabout way). This one took me by surprise, though and it was fun to watch. It’s also oddly relevant. Nevertheless, it’s a fun ride though don’t expect a picture-perfect presentation.