The Art of Racing in the Rain (Blu-ray)

Every once in a while a film comes along and just strikes a chord. That is the case for me with The Art of Racing in the Rain. It’s a film, based on the book of the same name that I heard good things about. I had some free time on a long holiday weekend that I decided to check it out for myself. Dog lovers will especially love the film as a majority of the film is narrated by Enzo, the beautiful golden retriever that the main character buys in a spur of the moment one day. The film has a nice, sweet story with comedic and dramatic elements that will leave few dry eyes with the audience.

As the film begins, we see a dying Enzo lying on the floor, he’s voiced by Kevin Costner and his owner, Denny Swift (Milo Ventimiglia) arrives to find him. The film then cuts back to when Enzo’s life began and Enzo begins narrating it. Denny teaches auto racing and hopes to one day become a driver. One day he sees some puppies for sale on the side of the road and decides to make a purchase. He might not seem like the ideal dog owner on the surface, but he makes it work, often by bringing the pup to the auto shop where he keeps him chained up or have some friends watch him while he’s working. Denny meets Eve (Amanda Seyfried) one day while at the grocery store and the two begin dating. Before long, they’re married and eventually have a child. Eve’s parents don’t necessarily love Denny as they feel his career keeps him from having time for his family. Those who’ve read the novel will have a clue where things lead, but it will be a surprise to others. Without giving much away, we see that a character has a cancer scare, there’s a custody battle all while Enzo is observing these things and narrating as well. I won’t reveal spoilers, but the film definitely takes us on an emotional ride.

Critics weren’t exactly kind to the film, but I have to wonder why. It’s easy to label films of this sort as sentimental or manipulative, but I don’t always understand that. Can a film not bring us into its world, whether happy or sad and we not be absorbed by it? Indeed, Rain seems to be a film that audiences will enjoy more than the critics. I was fully invested in the film and cared about the characters and the outcome. A lot of it hit close to home as I’ve owned two dogs in my life and know what it’s like with the highs and lows. I also felt the actors brought a lot to their roles. Mila Ventimiglia is likeable and easy going enough in the lead and Amanda Seyfried is as sweet as ever. It’s easy to see why these two characters would fall for each other. I also like how she’s supportive of his career and pushes him to pursue his dream. You get the opposite of that in a lot of films of this sort, so that was refreshing. And of course there’s Enzo and Kevin Costner as his voice. It’s hard not to be taken in. There are a number of rather amusing moments as we hear Enzo’s thoughts, but obviously, it’s from a dog’s point of view, so that adds a nice touch. Funny and heartfelt, the film won me over and deserves a viewing.

There’s nothing that really stands out to me about how The Art of Racing in the Rain looks on Blu-ray. On one hand, it checks all the boxes. Does it have amazing detail? Yep. Bold and bright colors? Sure. I don’t know, though there was just something about the way this looked that seemed a bit…flat to me. I’m sure it’s me and not a fault of the transfer, but I just can’t seem to place it. I’m sure those reading this are as confused as I, but suffice it to say that it does look good, just not something that blows me out of the water.

The included DTS HD Master Audio track, on the other hand, does have quite a few moments that really got all my speakers’ attention. Granted, when you’ve got anything with a car racing around, it’ll ignite the surround sound. And it does. While the entire film seems to be a bit front-heavy, I was equally impressed with the surrounds and the ambiance they created. The LFE have a few moments to shine as well. It’s a nice-sounding track that’s sure to please.

What can I say? The Art of Racing in the Rain simply won me over. Even if you’ve never owned a dog or aren’t a dog lover, it would be hard not to give in to the film. That and the solid acting and funny and sweet and sad moments make this film a winner. It might not be for everyone, but it worked for me and earns a strong recommendation. 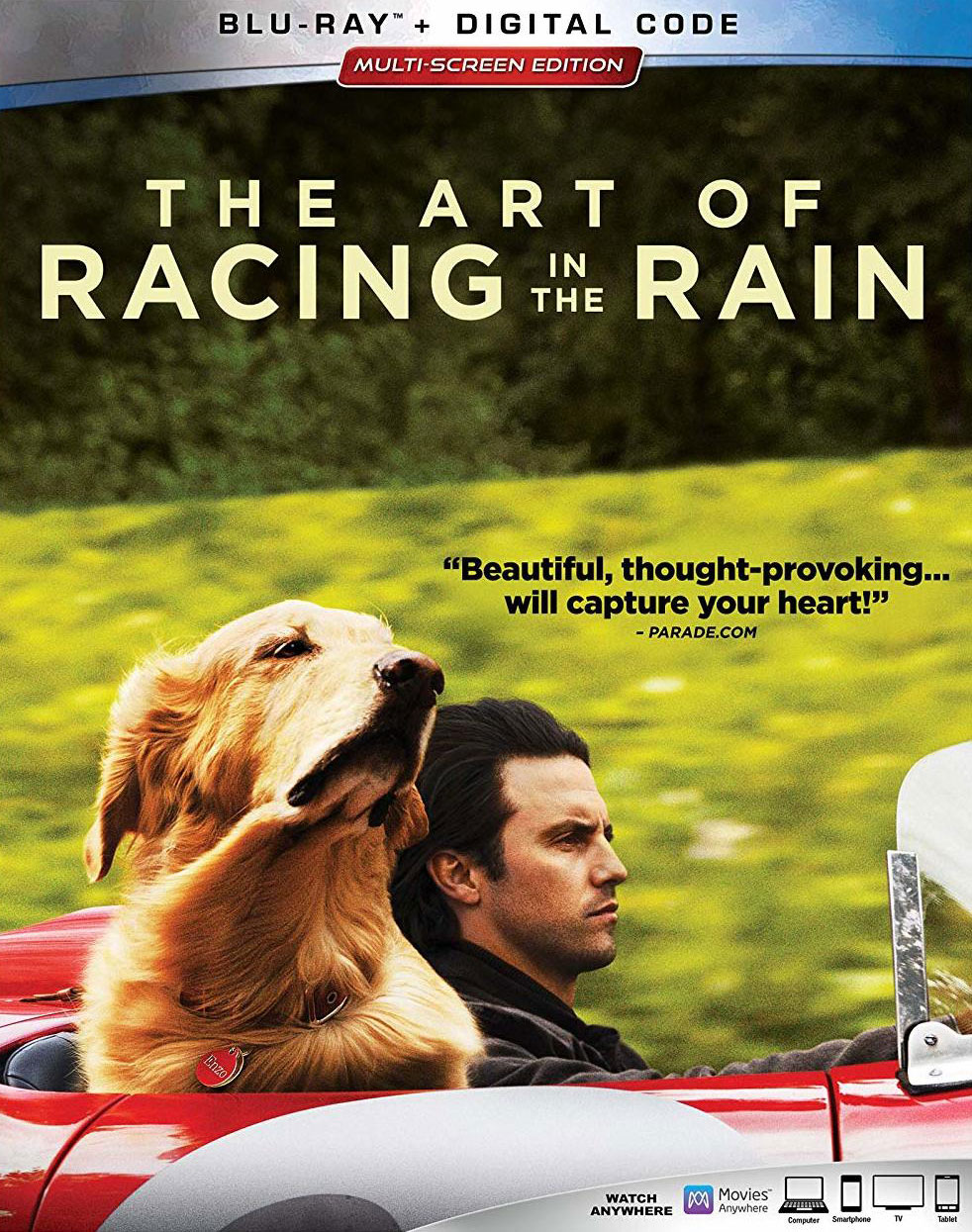