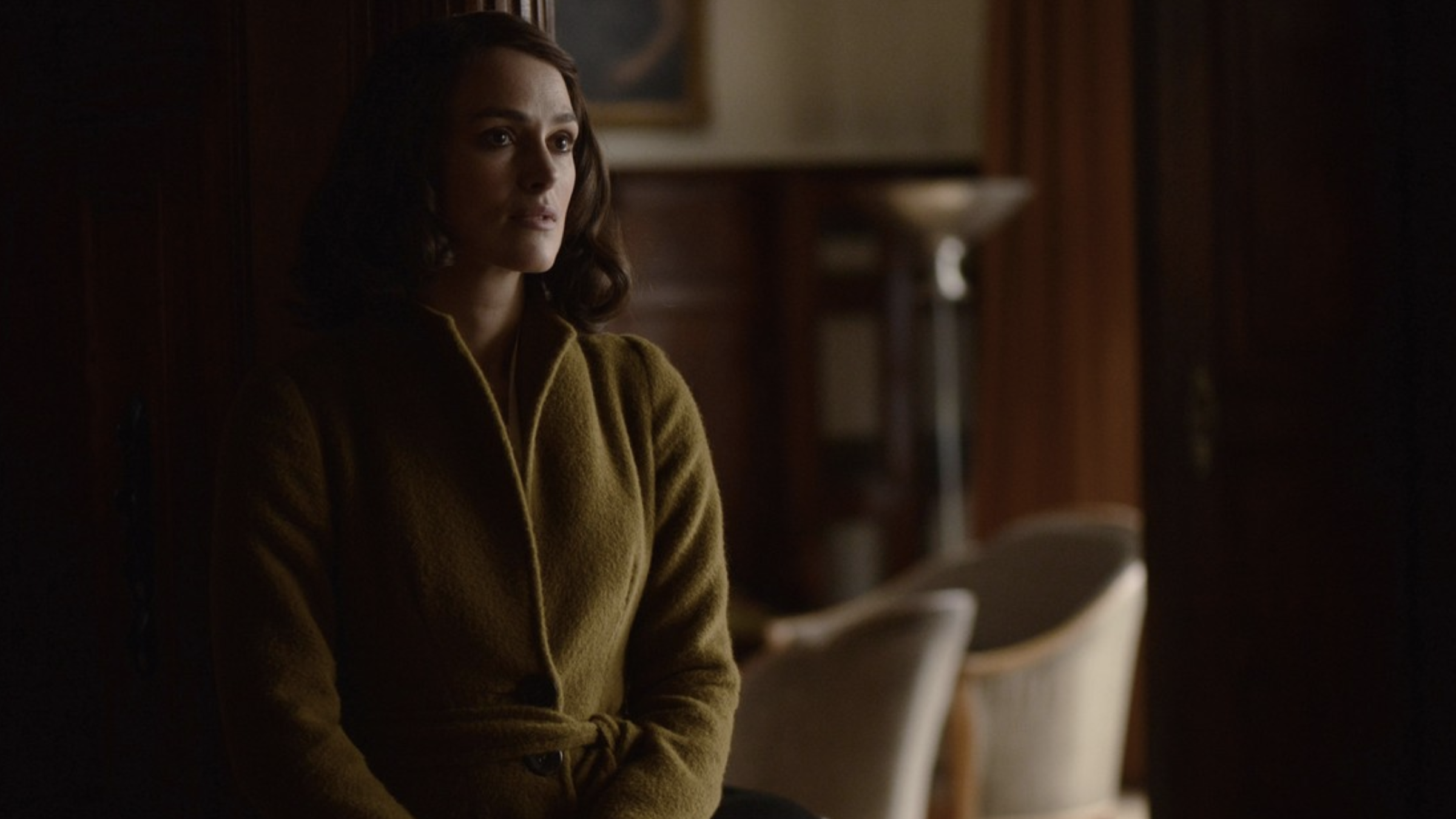 It’s 1945 and the Allied forces have claimed victory in WWII. British officer Lewis Morgan (Jason Clarke) is put in command with overseeing the military’s role of making the city of Hamburg “right” again. Joined by his wife Rachel (Keira Knightley), they occupy a beautiful mansion that’s been “requisitioned” from a German architect and his daughter. Morgan allows the architect (Alexander Skarsgard) and his daughter to remain in the house instead of sending them to the camps. I don’t think we need to connect too many dots to know what might happen next…

Director James Kent is mostly known for his work on television. He co-wrote the screenplay with Joe Shrapnel and Anna Waterhouse. No doubt the talent of this cast is first-rate with the top three billed actors being “A” list stars. And they’ve all done better work than they did here. They weren’t bad, but my God this movie moves at a snail’s pace. If you’re in the mood to see a character gazing out a window, then this my friends is for you. I think I counted a dozen when all was said and done. And no window was left out. We’re talking house windows, bus, car, train, etc. You name it. I’m sure the novel is where it’s at, but maybe if you have a few drinks or pop a pill prior to viewing then you’ll get a little more out of it than I did.

It’s amazing, but just looking at the cover of the  Blu-ray, you can somewhat get a feel for how the movie might look.  And, yep, sure enough the 1.85:1 AVC HD image is dark, somewhat subdued color palette and looks just about as I thought it would.  Being a new to Blu-ray release, we can expect that the colors will look good, the detail amazing and just about everything in between will look good as well.  It all does.  A fine layer of grain is present too, but it works well with the film.  A nice-looking transfer.

This isn’t the type of movie that would pack that much of a punch on the audio front, but there are a few scenes when the DTS HD Master Audio really takes control.  The opening sequence has a few moments, but the majority of the film is dialogue driven and has a very low key tone to it.  The front stage shoulders the burden of the soundtrack, while the surrounds do their part to keep up the ambiance in the back.  The LFE chime in a few times as well, but by and large this mix isn’t anything that’s memorable, but it’s good and solid.

It took a lot of willpower for me to get through this film. I won’t say it was a total waste of my time, but this kind of film just isn’t up my alley. Still, while I’m patting myself on the back, I’m proud of myself for getting through it and giving it a chance. Fans of the genre or the stars might get a little more out of it than me, though.