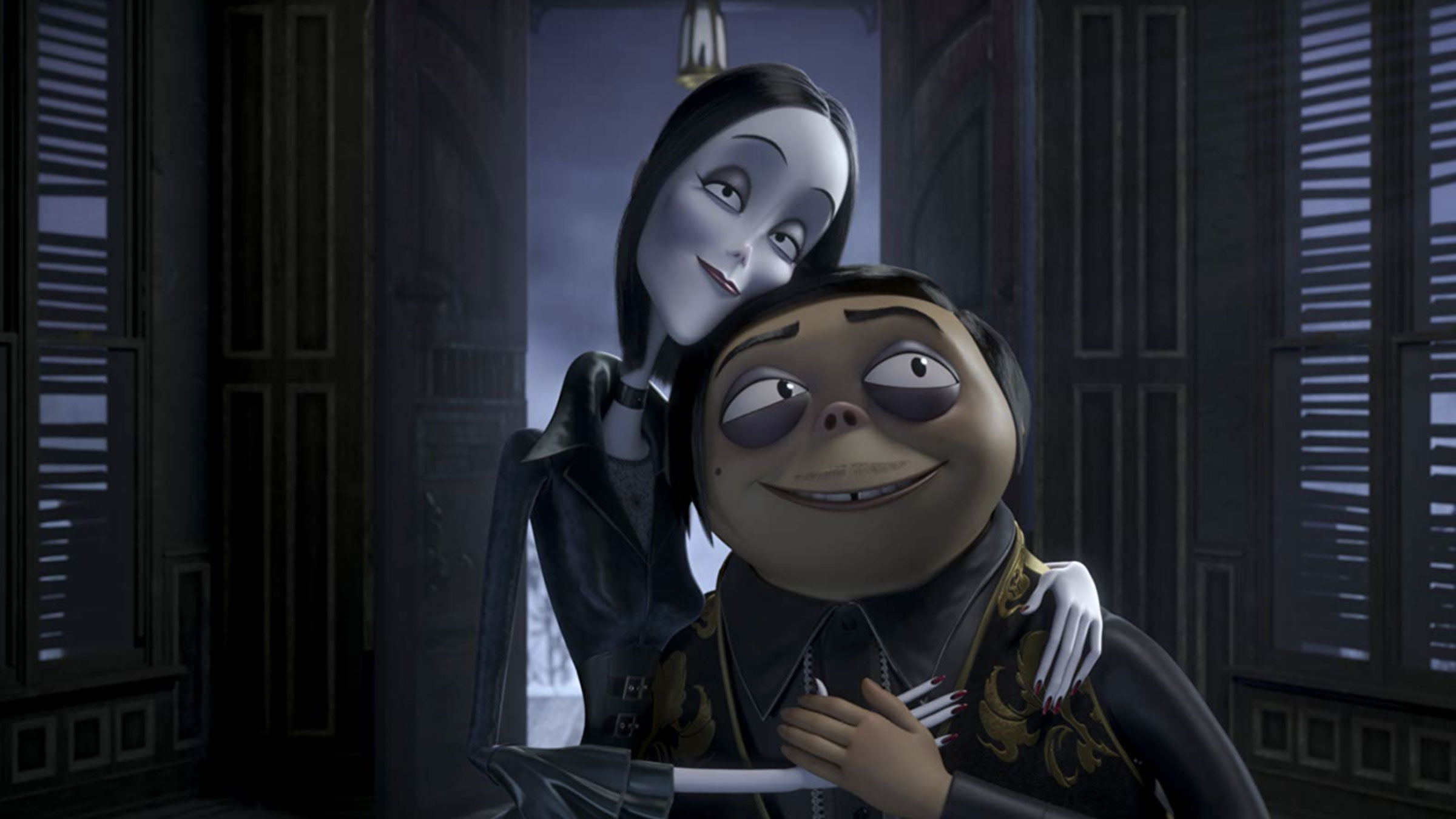 The original Addams Family, as shown on television, predates me though I’d seen plenty of episodes via reruns. But when the 1991 film came out, I was excited to see it and enjoyed it and its sequel. But that’s been nearly three decades and it was time for a new generation to be introduced to those “oooky, kooky” neighbors that everyone’s just a bit afraid of. We all know the names: Gomez, Morticia, Lurch, Cousin It, Pugsley and Wednesday. And let’s not forget Uncle Fester! The Addams Family comes to us in an animated world this time around, which offers a bit more flexibility though part of me does long for a live action film. This is one in which I’d actually be OK with a remake. Not that the ones from the 90’s were bad, but I feel that the actors could really have fun with it. Nevertheless, snap your fingers and let’s get started!

We get a backstory showing us how Gomez (voiced by Oscar Isaac) and Morticia (voiced by Charlize Theron) ended up in their house. Margaux Needler (voiced by Allison Janney) is the host of a home renovation television and has put together an entire town based on her vision. But this doesn’t sit too well with her or the town once the marsh is drain and everyone can see the eyesore that is the home of our beloved family. Margaux’s plan is to drive them out. Wednesday (voiced by Chloë Grace Moretz) strikes up a friendship with Margaux’s daughter, Parker (voiced by Elsie Fisher) and Cousin It stops by for a visit. This is one strange town.

If you’ve seen Tim Burton’s Edward Scissorhands, then you’ll have a pretty good idea as what to expect. And the age old themes of “don’t judge a book by its cover” and things of that nature certainly ring true. The Addams’ aren’t bad people, they’re just different. And the townsfolk need to be reminded to look past appearances and see people for how they are, not how they look. There’s certainly nothing wrong with the film, I quite enjoyed it actually. It’s aimed at a younger audience, though there wasn’t ever anything too offensive with this crew. The family will enjoy it.

In over two decades of reviewing movies, I’ve yet to come across a computer animated film that I would say “looks bad.” The Addams Family keeps that record intact. The animation is fluid and, as expected, dark but also utilizes the entire color palette. Darks aren’t compromised, the whites are bright and everything in between just looks swell. I was happy to see this shown in a 1.85:1 aspect ratio to utilize most all of the television’s screen space. It really is a beautifully-drawn film.

A very active DTS HD Master Audio mix perfectly compliments the amazing picture. It’s a fun mix that utilizes every channel in your setup. The vocals are pure and sharp and as I always do, I try and see if I can guess which overpaid “voice talent” provides the voice for their respective character. It’s fun. I always win. LFE have a few times to shine, the front stage is constantly churning and the surrounds add just enough ambiance to make it a very memorable mix. It’s a good track.

There’s really nothing wrong with The Addams Family. And there never has been. The use of animation gives the filmmakers a little flexibility and creativity, but in the end the film does what it set out to do – provide an entertaining, family-oriented movie that introduces the “gang” to a new generation of movie-goers. Universal’s Blu-ray looks and sounds great and the included supplements might be enough to warrant a purchase.