Being a reviewer for a site like this often means that you’re going to have to review films you wouldn’t otherwise bother with. Case in point: The Take AKA Bastille Day. Not to prejudge it, but it just looked and sounded very unappealing to me. The fact that it didn’t hit theaters near me also lowered my expectations. Not that good films have to make it to theaters, but you get the idea. The film stars Idris Elba and he speaks English in the film, but since it’s set in Paris, we also get a lot of actors speaking French. So be prepared to read a lot of subtitles if you see the film. That or you can always learn French. You could also bypass this film for several other, better action flicks, but that choice is yours. OK, I’ll stop kidding around and get back on track.

The film actually begins quite pleasantly as we see a woman walk completely naked through a crowd of people as her partner sifts through and pickpockets several people’s items, such as a wallet, watch and what not. The man, Michael Mason (Richard Madden) later steals a woman’s handbag, only to find out that it contains explosives. This is where Sean Briar (Idris Elba) comes in as an American CIA agent who then uses Mason to help him. Since the handbag contained the explosives and this causes casualties and injuries, Mason is now viewed as a suspect. He has to convince Agent Briar that he is innocent and had nothing to do with the explosion and the two of them eventually find themselves on the run. Admittedly this is a relatively interesting setup, and I was surprised that the film didn’t completely suck. It’s just that I didn’t have a strong connection to it or a reason to care. It moves quickly and features plenty of action and gunplay, but I care so little about any of the characters. I understand that the Briar character is a highly trained Agent, but I was rolling my eyes during a number of scenes where he basically is a superhero. I lost count of the number of close calls this guy got himself in, but it became preposterous after a point. The film is also a victim of bad timing as a day after it premiered in France, a real life attack took place. How this affects your enjoyment of the film depends on if you can separate the film from real life. That will be hard for some, but it was always meant as entertainment. Any similarities are purely coincidental. Still, I just couldn’t bring myself to fully embrace the film for other reasons. The action is there, but little else about it works.

Universal is generally pretty consistent with their transfers and this is no exception. The film is certainly visually pleasing and the print is pristine and smooth throughout. Facial details remained strong and clear as well. Background shots showed no problems either. All things told, the transfer does the film justice. The image is AVC encoded with a 2.39:1 ratio.

The DTS HD track is also solid. As I mentioned in the review of the film, there’s plenty of action, especially gunfire and explosions, so the track is constantly active. The range is strong as well as it was cool to hear bullets and other things sneak up behind me. It really puts you into the action, so to speak. Vocals were fine as well. Remember that a lot of the dialogue is in French, so you’ll be doing some reading too.

Well-paced, well-acted and with plenty of action, still The Take is mostly a dud. It just lacks that crucial element of making us care. The plot can be a bit complicated at times as well. If you’re going to see it, I suggest just enjoying the action and letting the plot work itself out on its own. I’d only advise a rental at most for those really curious, but there are just too many better films out there. I really wouldn’t bother with it. 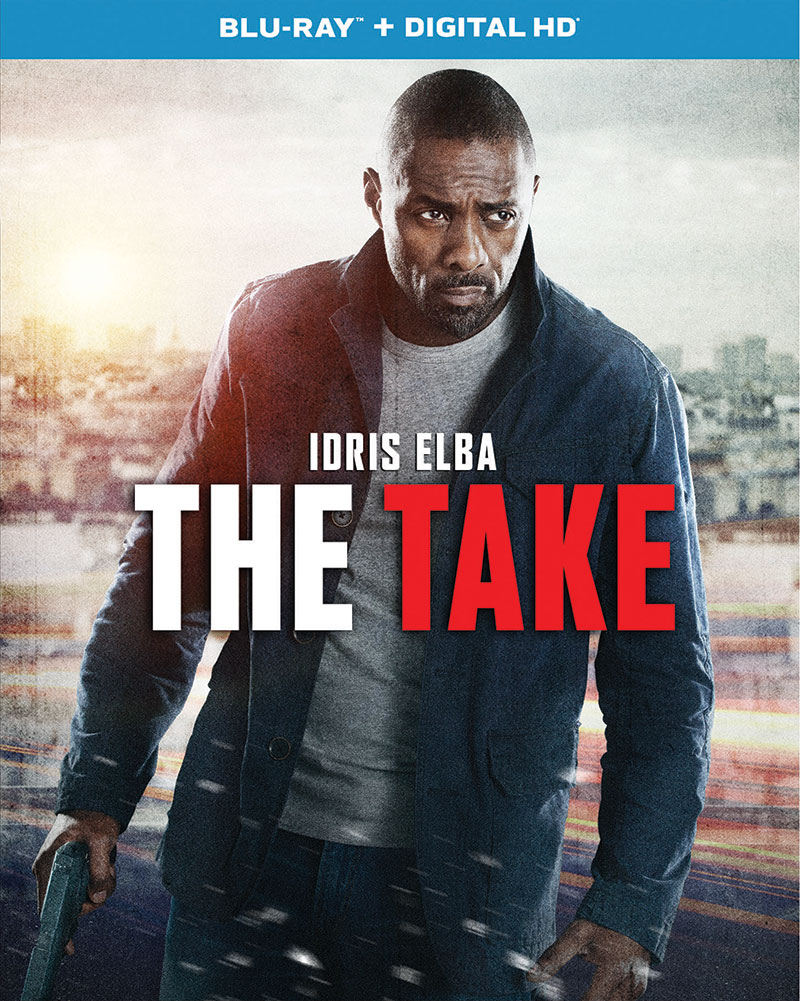