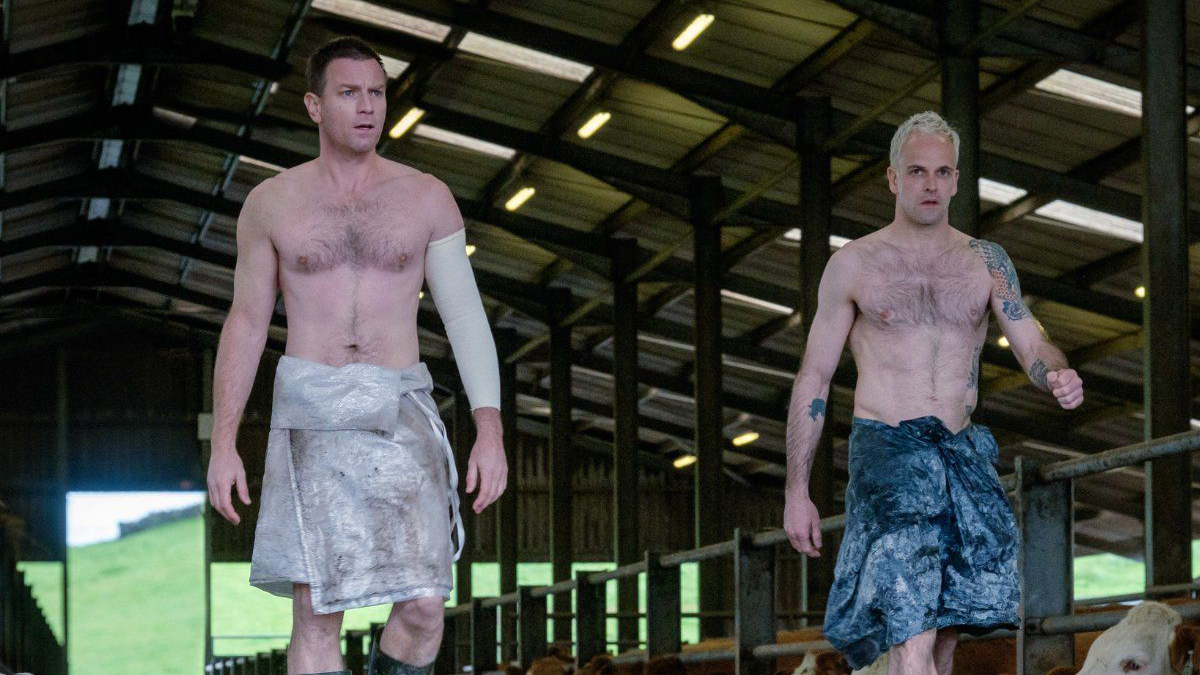 I can remember vividly flipping through the pages of my Entertainment Weekly magazine. This was in 1996 and I was looking at their Summer Movie Preview. There were some films I was excited to see: Mission: Impossible, The Rock and of course Independence Day. But there was one that caught my eye. The still they had accompanied with it was fairly intriguing. A Scottish film from a director I’d never heard of – Danny Boyle. It had two teens in the grass, one with a rifle and the other with a pair of binoculars. Well, it’s this. And as the last two decades has shown us Trainspotting wasn’t your typical Hollywood film. The movie provided a launching pad for the stars: Ewan McGregor, Jonny Lee Miller and Robert Carlyle. McGregor went onto films like Moulin Rouge! and the Star Wars films, Carlyle did The Full Monty and later was a villain in a Bond movie and Miller has had an assortment of roles. So here we are, twenty plus years later. Do you still have your “lust for life?”

Very loosely adapted from Porno, Irvine Welsh’s sequel novel, T2 Trainspotting finds the same pals now sliding into middle age: Mark Renton (Ewan McGregor) suffering the kind of cardiac event that stops a 46-year-old man in his tracks, Simon aka “Sick Boy” (Jonny Lee Miller) stalling out as a small-time crook barely staying a step behind gentrification, Begbie (Robert Carlyle) facing the prospect of another five years stewing in prison, and Spud essentially unable to function in society after his years of addiction. This leaves Spud (Ewen Bremmer) who sees no future beyond heroin, the only friend that never left him, but Mark’s return injects him with a new determination to get off the skag, while Simon’s plans to turn his aunt’s run-down pub into a brothel for his accomplice and maybe-girlfriend Veronika (Anjela Nedyalkova) become a means of exacting revenge for his blood brother’s betrayal. Begbie busts out of jail to secure his legacy by inducting his reluctant son into the life of petty crime which is all he knows, but, sharklike slave to savage impulse that he is, leaps at the opportunity to right the wrong Mark did his precious masculinity and pride all those years ago.

Looking for a linear plot? Nope. Not really going to happen with this one. Though the sequel is toned down, this one feels like it’s different from its predecessor in all the right ways. Yes, we still get the same jump cuts, freeze frames and subtitles, but it’s as different as it’s the same. The original probably scarred some folks beyond all belief and you can bet that when “nature called” when I was in Scotland, I was pretty sure that whatever restroom I chose, I was not going to dive down it to recover a lost suppository. It’s that kind of impact that Trainspotting had on me and the world and it worked. It worked. While most of the magic is still there, these guys are now approaching middle age. It’s a new world for Mark. And he’s asked what “Choose life” means, the monologue is updated for the ages, the youthful piss and vinegar parlayed into a lament for paths not taken and time and lives wasted, a rejection of the pursuit of external validation that permeates modern selfie culture. Laced with irony and wistfully delivered, Mark downplays it as a bygone, a firebrand manifesto once maybe half-believed, now burnt out and set aside as the product of youthful hubris and self-deception.

Sony has given us an Ultra HD/4K version of this movie and included within is a Blu-ray as well. There are some obvious benefits to the 4K version and some movies are simply tailor made for them. Others, this one included, don’t really get the “full effect.” Still, it’s better to have this looking its best than not, though there’s simply nothing wrong with the Blu-ray. Having said that, the movie was once again shot in Scotland (I was on vacation there when this was being filmed, though I saw no part of the set, etc.) and the overall look and feel is a bit drab. Having now been to Scotland, it’s not your bright and sunny “cheerful” place. The weather is such that it’s nearly always cloudy and this is reflected in the transfer. Shots are a bit on the dull side, though the increased detail on the 4K version is noticeable in parts. The increased color depth is a nice addition as well. It’s an interesting, but not breathtaking, film and it’s sure to please.

Another benefit of the 4K version is the Dolby Atmos soundtrack which actually sounds a fair bit better than the one of the included DTS HD Master Audio on the Blu-ray. Dialogue is clean, rich and well-balanced though I do have to say that some of the Scottish accents are a bit hard to make out sometimes. Even when I was there I found myself saying “…could you repeat that, please?” But if you’ve seen the original then you’ll know what to expect here. Robert Carlyle’s “Begbie” is probably the worst offender in this respect, but it also gives his character the most charm. Surrounds offer a healthy dose of ambiance which makes for a great viewing experience.

Of note, all of the supplements are on the Blu-ray, not the 4K disc.

There are those (members of the Blu-ray Authority staff included) that simply have no desire to see this film. And that’s fine. Having read the novels, I was curious if they’d make this one (and another one down the line) and it’s nice to see the four main cast members return after they’ve enjoyed fame and fortune in Hollywood. Danny Boyle remains one of my favorite actors and it’s movies like this that he remains near the top of my list. This isn’t for everyone, but for fans of the original – it’s nice to see the boys back in Edinburgh again.