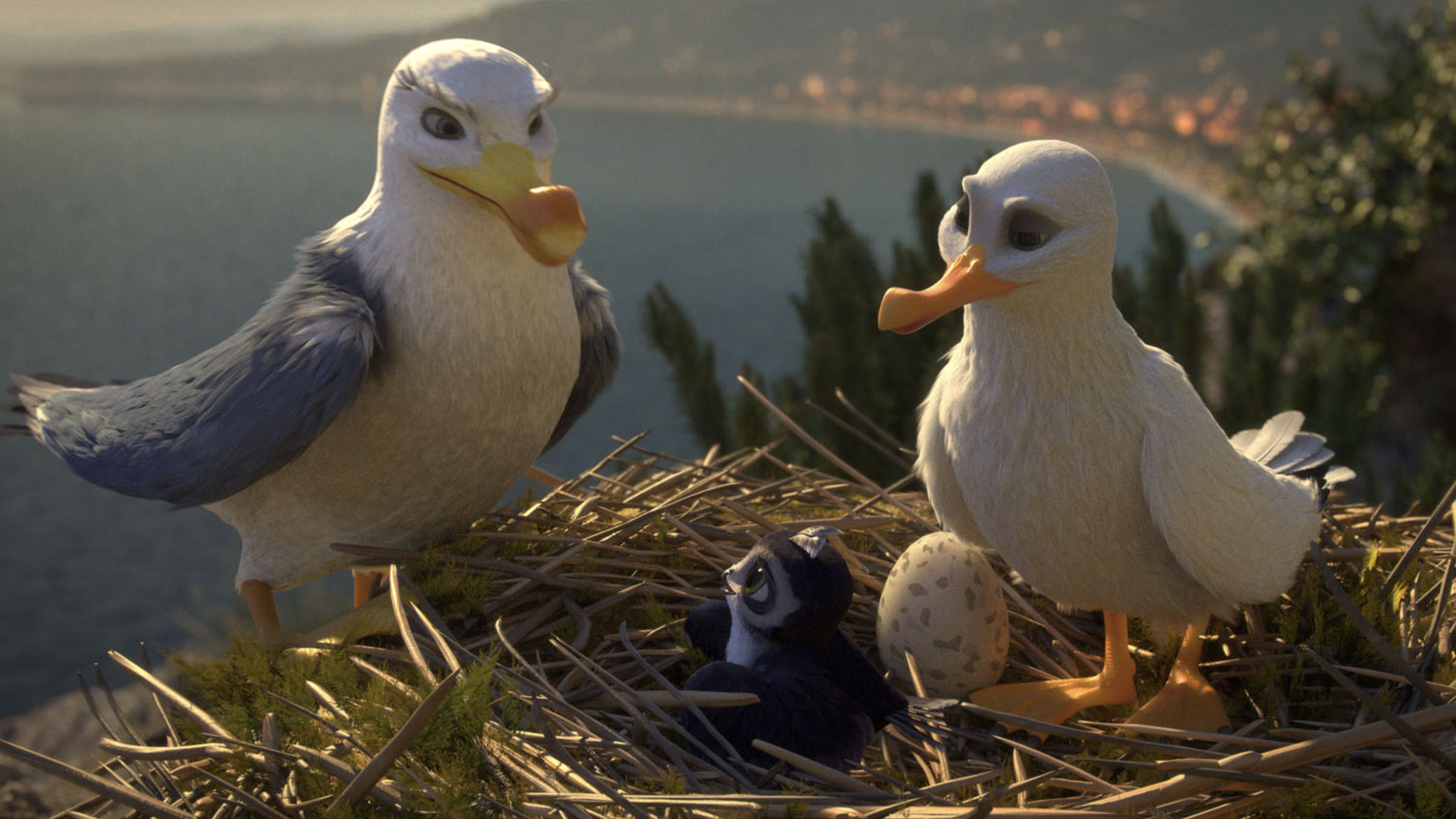 Manou (voiced by Josh Keaton) has grown up thinking he’ll be a seagull just like his parents. But there’s a problem – he’s not that gifted at what he’s supposed to be good at. And during a summer race he discovers why. He discovers that he was adopted by the Swifts. But his family still supports him. Manou fails to guard some eggs and the rats get a hold of one of them. Manou is then expelled from home and retreats where he encounters Parvical (voiced by David Shaughnessy). The duo then meet up with Kalifa (voiced by Cassandra Steen) a lady swift. Now with the eggs in the rats possession and a storm threatening, Manou must save them both.

If you’ve never heard of Swift, or as it was originally released Manou the Swift, don’t worry. It was a small German animated film that was only recently released stateside and managed to score a few big big names (Kate Winslet and Willem Dafoe). There’s a central message here, though it’s one that’s been done time and again – don’t doubt yourself, you are who you are and always be true to your heritage.  Technically I think it’s pretty difficult to mess up a kids’ movie. If it’s entertaining and keeps the little ones’ attention, I’d say it’s a success. Still, this is a far cry from some of the films that our children are inundated with so I, for one, found this a bit of a change of pace. If I wanted to see Madagascar or something to that effect, I would. There’s an audience for this film, so hopefully it finds new (or some) on disc.

Swift has a visual appearance that’s not unlike anything we’ve seen in any other computer-animated film. That’s to say that it looks good and the 1.78:1 AVC HD encoded image will fill (literally) your screen with color-inducing goodness. Unlike another avian film, Angry Birds, this one isn’t quite as peppy and colorful as that one, but it still looks the part. Contrast is constant, black levels stable and detail is tack sharp. Those who have seen a film like this, or basically any Pixar film, will know what to expect.

The included DTS HD Master Audio soundtrack isn’t one for the record books, then again I’m guessing that it’s not supposed to be. I found that it filled my viewing area with a nice, rich and ample soundstage that I found pleasing. Vocals are a bit on the tingy side, though the main two talents (Winslet and Dafoe) resonate with absolute goodness. It serves the purpose well and I doubt the intended demographic will have any complaints.

Ok, admittedly, this film has an audience and I’m not part of it. I don’t know what possessed me to put this one in, but it wasn’t really that bad (despite what Rotten Tomatoes says). It’s cute, clever and entertaining. It’s a family movie, for sure, but you could do a lot worse.