The Suspicious Death of a Minor (Blu-ray) 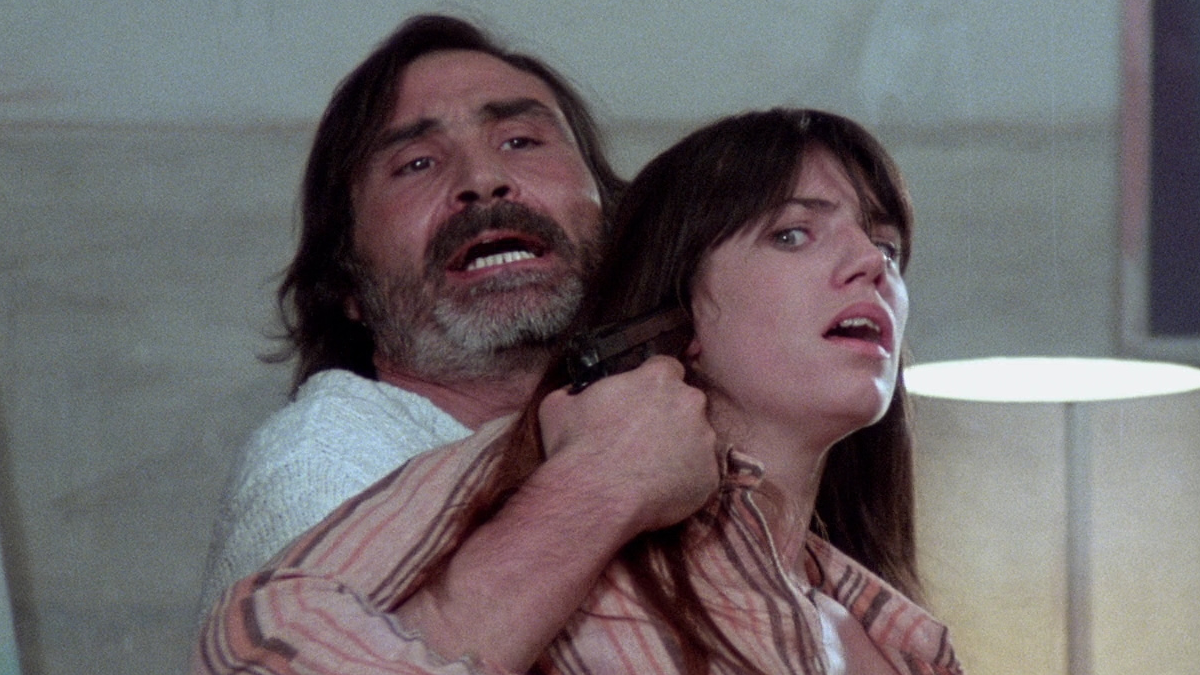 Arrow Video has had an exceptional couple of years. Some of their best releases were in the Italian thriller genre of Giallo. Out of those releases none were better than Dario Argento’s incredibly influential The Bird with The Crystal Plumage. Aside from releasing that film and following it with The Cat O’ Nine Tails, they also decided to release another Giallo film recently that was a direct response to the success of Deep Red, another Dario Argento film. That film, Sergio Martino’s The Suspicious Death of a Minor was made to capitalize on the success of Argento’s films. It is fun to watch a lesser known (deservedly) Giallo film that shows how Italian filmmakers adapted their styles to emulate Argento’s ambitions.

The film begins with a young woman nervously attending a party. When approached by a man named Paolo (Claudio Cassinelli) to dance, she agrees while surveying the crowd. A man arrives to the party wearing dark glasses and the woman flees. The woman knocks the glasses off of Paolo on her way out. The man in dark sunglasses tracks down the girl and stabs her to death in a hotel room. The police that are sent to investigate the death are inept so Paolo begins his own investigation. To assist him, he enlists a thief that steals from unsuspecting people by snatching things from them while riding on a moped. The plot will involve kidnappings and child prostitution and rogue police, but I don’t want to reveal too much for fear of ruining some of the film’s small surprises.

This is a fun film to watch despite an admittedly ridiculous script. The script has a mixture of comedy and Giallo style “thrills” that never quite gels correctly, but keeps the viewer wondering what the film will attempt next and gives the film a fairly eccentric feel. A good example of this would be the amount of attention in the script that is given to the leading man’s glasses The film is helped by a ham-fisted but very entertaining performance by the leading man, Claudio Cassinelli. Claudio is very fun to watch act and it made me sad to learn that he died in a helicopter crash working on another film from Sergio Martino years later. The film also features American actor Mel Ferrer, definitely slumming it after a career in Hollywood. This was not uncommon for actors from the Golden Age of film to show up in cheap Italian productions to earn a quick check. The music to the film adds a lot to the manic energy on display and made me smile. There are portions of the music by Luciano Michelini that are fantastic with some great harpsichord and then there are parts of the film where the soundtrack does not match the serious things happening on screen. Most notably, certain murder scenes have some music that would best fit a lighthearted comedy.

One thing that is worth noting is that Sergio Martino, despite his fairly obvious adoption of some of Argento’s styles, has a pretty decent eye. The film has some visual flair courtesy of cinematographer Giancarlo Ferrando. I also admired that the film moved briskly and kept the pacing on track. This is a film that is best viewed as a good example of something as opposed to trying to view it strictly on its own merits. It is a great example of a middle-of-the-road unexceptional Giallo film that sprung up in response to the success of some classic Giallo films. It is entertaining and worth watching if you are a fan of the genre and don’t mind something that is fairly mindless and somewhat comedic at times.

The Suspicious Death of a Minor (Morte sospetta di una minorenne) has been exclusively restored by Arrow Films and is presented in its original aspect ratio of 2.35:1 with Italian and English mono audio.

All restoration work was carried out at L’Immagine Ritrovata, Bologna. The original 35mm camera negative was scanned in 2K resolution on a pin- registered Arriscan and was graded on Digital Vision’s Nucoda Film Master.

Thousands of instances of dirt, debris, scratches and other instances of film wear were repaired or removed through a combination of digital restoration tools and techniques. Image stability was also improved. As the elements for The Suspicious Death of a Minor had experienced substantial fading and wear, some instances of damage and color fading are still exhibited in this presentation.

Overall, like most Arrow releases I was pleased with the work they had done to restore the film. While not as attractive as some of their recent 4K releases, this is still the best that I can imagine this film has ever looked.

The mono Italian and English language tracks were remastered from the optical sound track negatives. There are times in which audio synchronisation will appear loose against the picture, due to the fact that the audio was fully recorded in post-production.

I listened to the original Italian track and thought that it sounded pretty good. The music by Luciano Michelini has a nice sound even when it is inappropriate to the situation. The film has a little bit of hiss at times, but I didn’t find it overbearing. Fans should be pleased.

Suspicious Death of a Minor is a fun film but not anything that people are going to immediately associate with the word “classic.” This is a film that is best viewed as a cash grab. It is an exploitation film in the wake of better films. It succeeds in entertaining but is easily forgotten. That in many ways is part of the charm of Arrow releasing a film like this at all. Overall, I enjoyed watching the film and fans of the genre will probably get the same kick that I did out of it. While not an essential part of a collection, genre fans may want to purchase it. Kudos to Arrow for a solid transfer and some good supplements to round out the package.