For some reason I had never heard of Suspect before receiving the Blu-ray solicitation. I read the premise and saw the cast and that compelled me to request a copy. It’s a courtroom drama now 30 years old and while far from perfect, it still makes for an entertaining film. We really don’t see films like this anymore, so this was something of a treat, especially since it flew under the radar for me. It’s certainly more leisurely paced and low key than most films of this sort, but it still works in its own way. The fact that the big reveal at the end is both rushed and disappointing are what keep it from being one of the greats. But for a long while, Suspect remains a fairly involving and slightly suspenseful tale led by powerful acting and well developed characters.

A Supreme Court Justice commits suicide with no explanation as to why. Not long after, another body is discovered. It’s a homicide and the woman was a file clerk at the Justice Department. A homeless man is arrested for the murder. The problem is that this man is deaf-mute and nobody can seem to get anything out of him. We learn the man is Carl Wayne Anderson (Liam Neeson) and is also a Vietnam Veteran. It seems like a pretty open and shut case, but not for Kathleen Riley (Cher). In fact, she’d rather go on a long, overdue vacation, but the judge who assigns her to this case won’t budge. She begins to interview Carl the best way she can (remember, he’s mute) and eventually starts to make progress. We then meet a lobbyist named Eddie Sanger (Dennis Quaid) who is assigned jury duty, and is eventually approved as a member of the jury. It doesn’t take long for Eddie and Kathleen to begin working together. They must be careful, because it isn’t supposed to be this way. Eddie conducts his own little investigative work, and will then bring the evidence to Kathleen.

We are treated to a lot of time inside the courtroom and these scenes prove effective. Cher does a great job in the lead role and I had no issues with believing the character she was playing. All the characters are given enough depth to make us care for them. Liam Neeson has a tricky role, but he handles it perfectly. We get some of the obligatory scenes such as when Kathleen has a knife held to her throat late one night. But still, I was going with much of the film. Really, the only stumble comes in the very last moments when things are revealed. I won’t go into spoiler territory, but it’s too out of left field to be effective. It doesn’t quite make sense either. More than enough of the film works to warrant a viewing, but the ending is a letdown.

I’ll say that I was expecting my usual comments here, but I couldn’t believe how nice this transfer looked. From the opening moments to the closing, there was just a crisp look to it. Whoever did the work here did a great job as this looks so clean throughout. I was surprised I didn’t notice any grain or print flaws of any kind. Details are fine throughout, textures on clothing as well. Background shots remained strong too. The image is AVC encoded with a 1.85:1 ratio.

While not as impressive as the video, the audio is about as good as it needs to be. We get a Dolby 2.0 track that keeps us involved and presents things with strong clarity. There are some suspenseful moments, but the vocals rule and they’re fine. Fans will be pleased.

While not one of the best courtroom dramas I’ve ever seen, Suspect still keeps us with it. The main stumble is the ending which is a letdown. Up until that point things run smoothly. I’m not sure how often I need to see this film, but it at least warrants a rental. 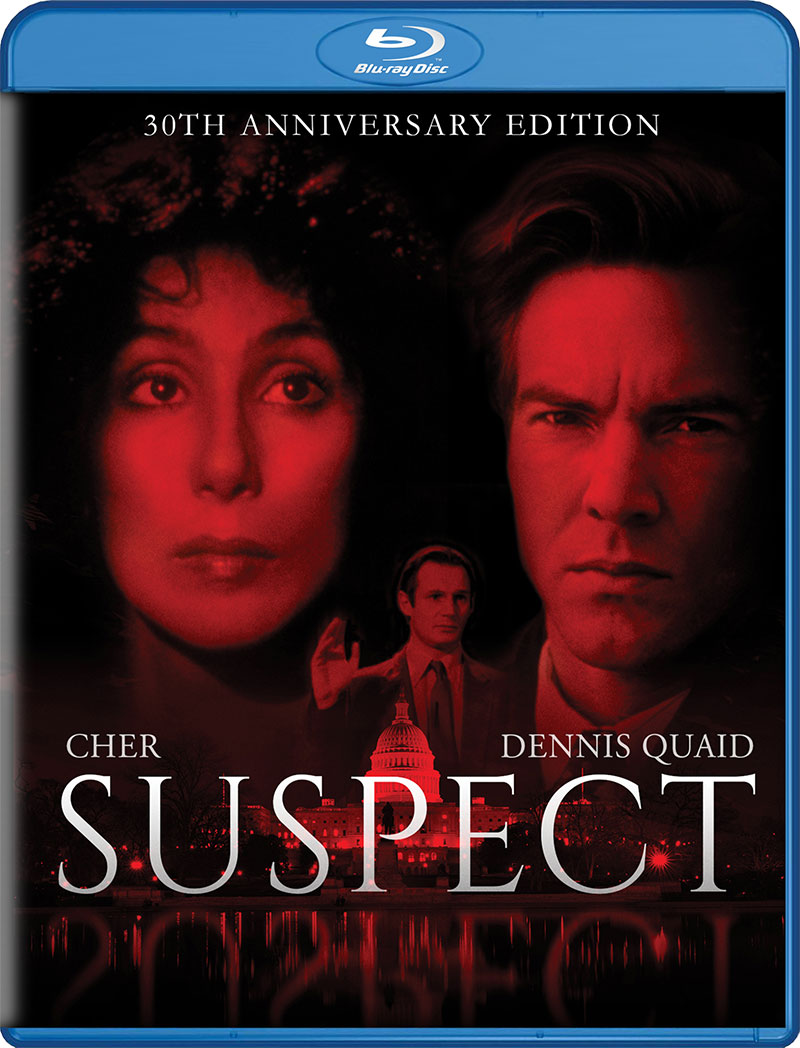