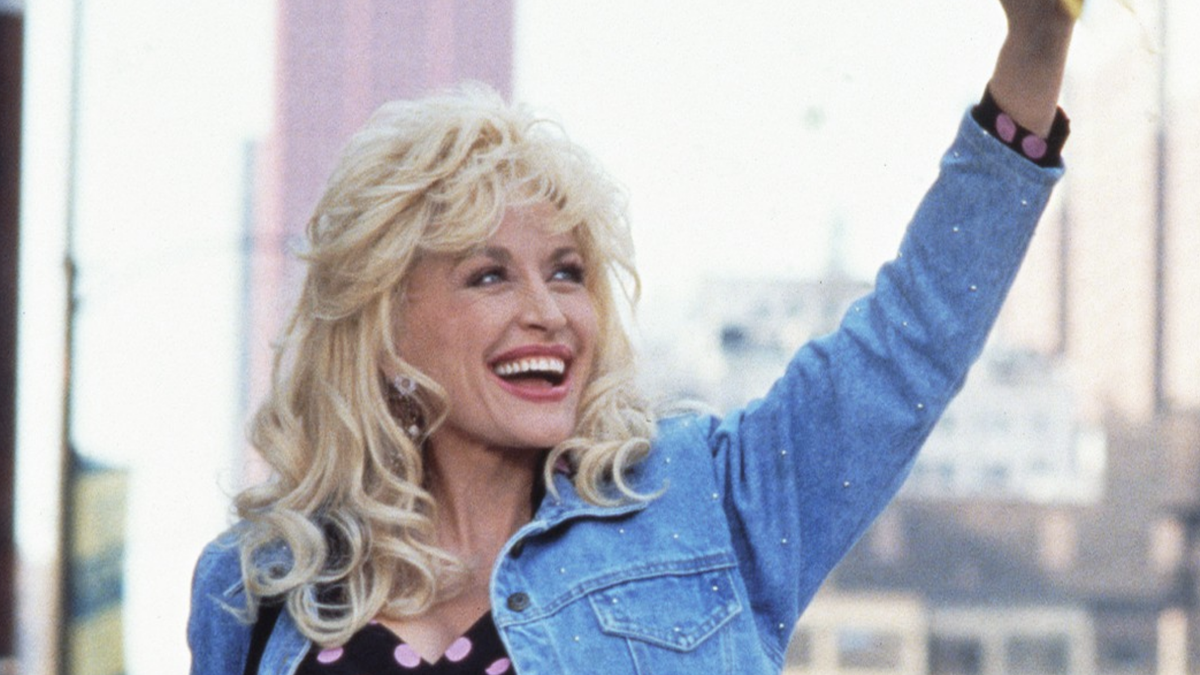 Dolly Parton stars in Straight Talk, a well-intentioned if somewhat predictable and formulaic romantic comedy. Parton plays Shirlee, she is a waitress who was recently fired and decides to ditch her small town life for a shot in the big city. One day she meets Jack (James Woods) who is a journalist and thinks she’s about to jump off a bridge. It’s a misunderstanding, but the two of them will encounter each other again. Shirlee is looking for a job, and one day a manager at a local radio station decides to give her a shot despite her having no experience. She walks into the studio by accident and goes on the air where she receives calls and gives advice to the callers. The program director discovers this and fires her. It isn’t until shortly after that he realizes she’s a big hit with the audience and decides to hire her back. The catch is her contract states that she’s a doctor when in fact she’s anything but. She reluctantly accepts, but we can gather from this much where the story will go. There are plenty of strong supporting roles here, including Michael Madsen as Shirlee’s husband who she abandoned for the big city.

Straight Talk doesn’t attempt to break new ground and that will either be fine with audiences or it won’t. Some will be perfectly content with the film because the cast is very likeable and the film is agreeable. Others might wish there was more to it and it be more ambitious. There’s certainly a worthy cast here, and Parton and Woods have a nice, easy chemistry, but it’s not something I see myself revisiting any time in the near future. I enjoyed the scenes with Parton speaking her mind and giving advice to strangers, but everything else about the film is just too conventional for its own good. There’s no stone left unturned when it comes to the clichés here. Again, some might be willing to forgive such things, but I grew rather bored by the whole thing before long. I will say that the songs heard on the soundtrack by Parton did get stuck in my head. Take that for whatever it’s worth. As far as the film goes, your mileage will vary.

The film has been cleaned up significantly as the image features a consistently strong transfer. There’s a sharpness that was pleasing to my eyes. It won’t win any awards, but it satisfies for what it needs to. With Chicago at its disposal, expect a lot of the Windy City in several background shots as well. The image is AVC encoded with a 1.85:1 ratio.

We get a DTS HD track that, while a bit restricted, serves the film well enough. Expect some background city noise here and there, but mostly this is a talky film. There’s a clarity we’ve come to expect from the vocals which will please fans. There’s plenty of office noise as well as banter during a party sequence and in the diner.

Straight Talk knows exactly what its audience wants and delivers that. It’s predictable and full of clichés, but some viewers won’t mind. The cast all do fine work here, but it’s not exactly something I’m in a hurry to see again. I’d advise a rental before anything else.