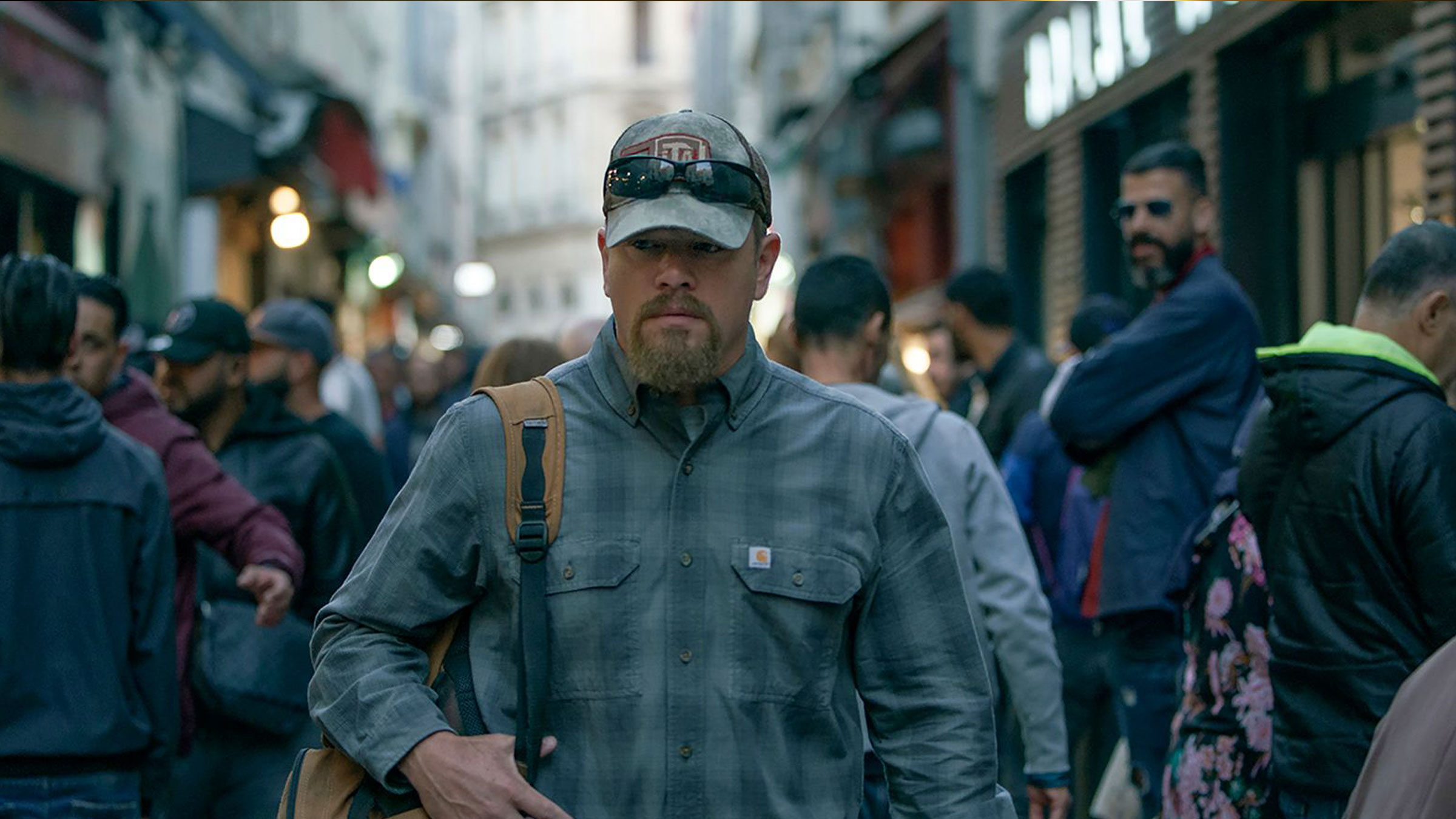 There’s a duality to Stillwater that I’m sure everyone will get. If you look at the title literally, it echoes the saying “still water runs deep.” I’d heard that plenty of times in my life, but it wasn’t until recently that I actually looked up its meaning. And, to be sure, it’s pretty literal – there’s more to something than meets the eye. Looking at it another way, the film has roots in Oklahoma (Stillwater to be exact). I’m sure any fan of Oklahoma State University probably thought of this latter meaning prior to the first. Oh, it’s also the name of the fictional band in Almost Famous. Whatever your particular take on its title, know that it’s got a great cast with an award-winning Director in Tom McCarthy. He won Best Director for 2016’s Spotlight and now is at it again with Stillwater. The subject matter might seem a bit familiar if you’ve seen Taken, but make no mistake – it’s not Taken.

Bill Baker (Matt Damon) is an oil driller from, you guessed it, Stillwater, Oklahoma. He visits his daughter, Allison (Abigail Breslin), in Marseilles, France who just so happens to be in prison. She’s been charged with murdering her friend, Lina and she’s now run out of legal options. Bill is given a letter which represents a new way to examine her case and he’s immediately at odds with French judges. Instead, he takes matters into his own hands when he seeks out detectives and DNA tests and then proceeds to talk to witnesses and chases down suspects. (This is where we get the Taken vibe). Bill’s assisted by an actor, Virginie (Camille Cottin) along the way.

And we’ll leave it at that.

To say that there’s more than meets the eye while watching Stillwater is, well, the point. I don’t like using the same reference twice, but hey – if the shoe fits…It’s hard to imagine having one’s child halfway across the world in prison for a murder they didn’t commit and I’m assuming that it’s not a situation that most could relate to. There’s a realism here that hits close to home and Damon shows that he hasn’t lost his touch as one of today’s leading actors. The real breakout performance, however, is that of Camille Cottin. I think we’ll be seeing more of her as she steals most every scene she’s in. It’s a testament to good writing, acting and direction by one of today’s top talents – Tom McCarthy.

Presented in a 1.85:1 AVC HD encode, Stillwater certainly has a unique look and feel to it. Filmed mainly in Marseilles, France (see featurette below) there’s a palpable feeling to the movie. It just feels different than others. There’s a tough, gritty texture to some of the scenes (which mirror the action within), though some others have a typical glossed-over “Hollywood” look and feel to them. Detail is top notch though I found the overall color spectrum a bit on the naturalistic side. No matter how you slice it, Stillwater looks good.

Though the film has a Taken vibe to it, don’t expect a lot of bombastic sound effects. This one is dialogue-driven to its core and that’s fine – it sounds good. There are a few action sequences that give the speakers a bit of room to play, but overall this is a front-heavy mix that more than suits its purpose. Vocals are spot on as well with Damon perfecting his mid-west/southern accent.

Stillwater won’t be for everyone. It’s got some parts that are genuinely difficult to watch. But it’s also got a great cast and a great director. McCarthy won his Oscar for Spotlight for his direction and shared his writing one with Josh Singer. Universal’s Blu-ray is hard to fault with top notch audio and video quality and a smattering of extras that highlight the film.