Spider-Man: Into the Spider-Verse (Blu-ray) 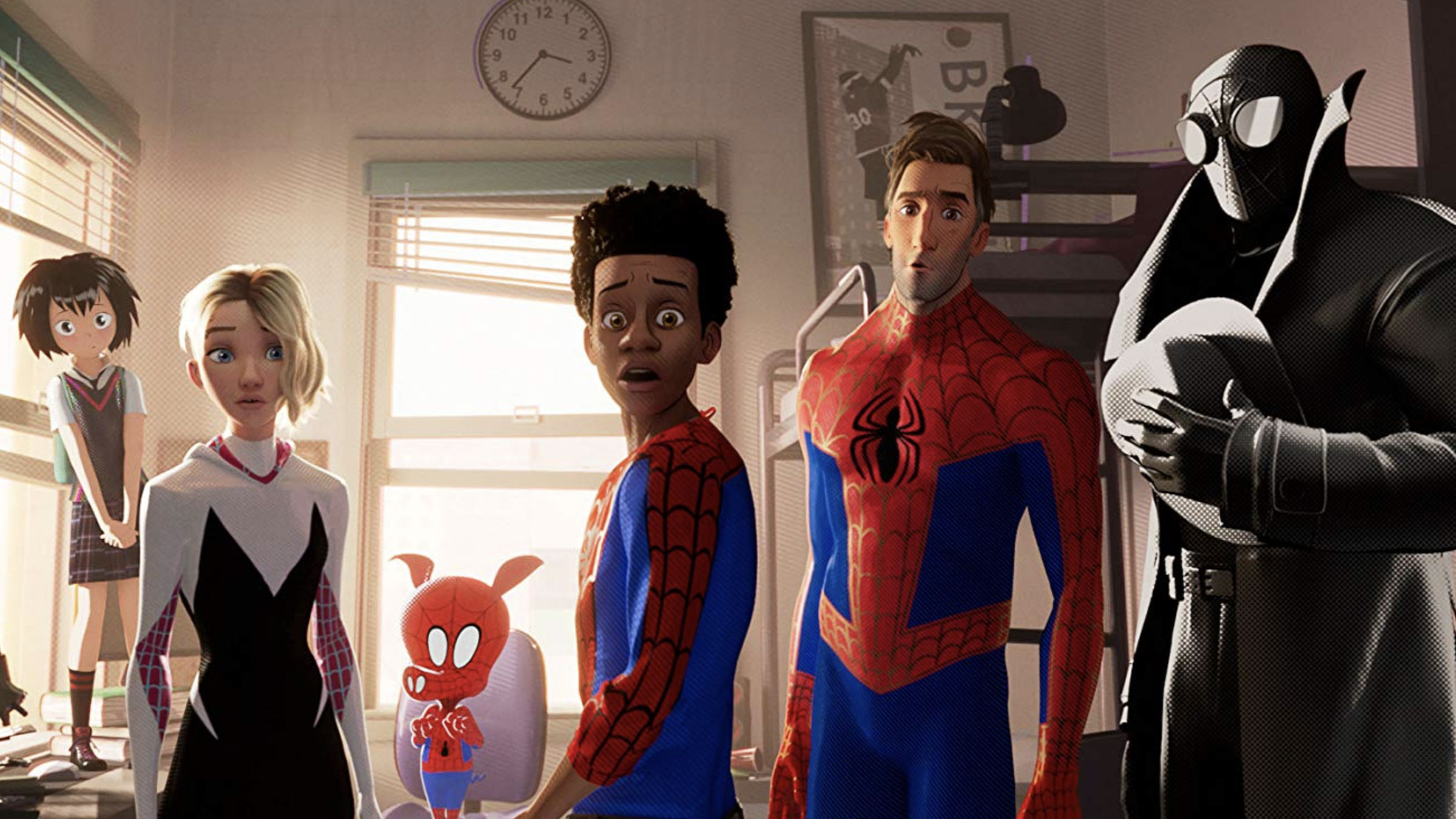 Jump to Disc Scores
PLOT: WHAT’S IT ALL ABOUT?

“With great power, comes great responsibility.”
Since 2002, Sony has released seven different Spider-Man movies. Eight if you count Venom, who spawned out of the Spider-Man comics. They’ve made a lot of money and Spider-Man is now part of the Marvel Cinematic Universe. Spider-Man: Into the Spider-Verse circumvents all of that and, instead, gives us a one-of-a-kind story that spans across multiple dimensions (or realities, if you will) that’s totally unrelated to the other films (but does pay homage to them in not-so-subtle ways).

If you’re a fan of comic books, then there’s not been any shortage of seeing your favorite heroes and villains come to life on the big screen. And that’s a trend not likely to stop anytime soon. They make money. But if you’re like me, and admittedly not many are, who hasn’t read a comic book in the last few decades – you might be a bit lost. Never fear, true believers this movie got me back to reading Spider-Man and we’re going to have a crash course on the characters featured in the film.

So there you have it. But this isn’t just a mashup of different universes, the film actually has a plot. And a good one! In Miles Morales’ (voiced by Shameik Moore), he’s bitten by a spider on a class field trip. His relationship with his father (voiced by Brian Tyree Henry) isn’t the best, but his Uncle Aaron (voiced by Mahershala Ali) allows him to express his creativity. Morales, discovering his new powers, runs into his universe’s Spider-Man (voiced by Chris Pine) and witnesses him killed bh the Kingpin (voiced by Liev Schreiber). The Kingpin has obtained a device that will allow multiple universes to collide and thus provides the segue for the other spider-folks to join in on the fun. Secondly, Miles’ Spider-Man was able to slip him a flash drive that would allow the universal portal to be closed. It’s broken and the gang has to break into a corporate fortress to procure another one. Got all that?

Having watched and reviewed films for over twenty years, I’ve seen just about every type of animation, live action and everything in between. But the way in which Spider-Man: Into the Spider-Verse is presented really blew me away. But first, let’s get into some rather interesting facts about the animation style:

Assuming that the above bullet points were read, there’s not a lot for me to say. I will note that Sony’s 2.40:1 AVC HD image is simply stunning. I would hope that viewers would embrace the way this looks, but it might meet some resistance if you’re into other animated films (Pixar). It’s a different world. Literally. Into the Spider-Verse’s look and feel are not only a tip of the hat to the way comics used to be drawn, but it creates a unique sense of reality or, in this sense, altered reality. All the usual caveats apply: bold, brash colors, detail that makes full use of the Blu-ray format and the film is so chock full of life that it’s hard to find anything wrong with the way this looks. I’m convinced that there’s nothing negative to find and/or say about this.

The audio, though stunning, is nowhere near as impressive as the video. Don’t read anything into that as the DTS HD Master Audio sound mix is second to none. Sadly, to get the full Dolby Atmos treatment, the 4K version must be purchased. But fear not, it’ll be OK! There’s a litany of vocal talent on display here and each and every character gets their moment to shine. Vocals range from deep and rich (Mahershala Ali) to the higher-pitched voice of Hailee Steinfield. And let’s not forget Nicholas Cage channeling his inner Sam Spade as Spider-Man Noir’s vocal talent. Webs sling, spidey senses are activated and the action never stops. Neither do your speakers. Directional effects keep the action as kinetic as what’s happening on screen and you’ll be hard-pressed to be disappointed with the way this one sounds. It’s spectacular!

SUPPLEMENTS: WHAT ARE THE EXTRAS?
THE BOTTOM LINE

It took over four years to bring Into the Spider-Verse to the big screen. Winner of the Academy Award for Best Animated Film and grossing over $350 million worldwide, I’d say it was time well spent. It’s not your typical Spider-Man movie and it’s not part of the MCU. If you want that Spider-Man, check out Captain America: Civil War or Spider-Man: Homecoming. I love this movie. I could watch it once a week. Sony’s Blu-ray looks amazing (get it?), sounds spectacular (boom!) and there are enough supplements caught in the web to keep you occupied for a long time.