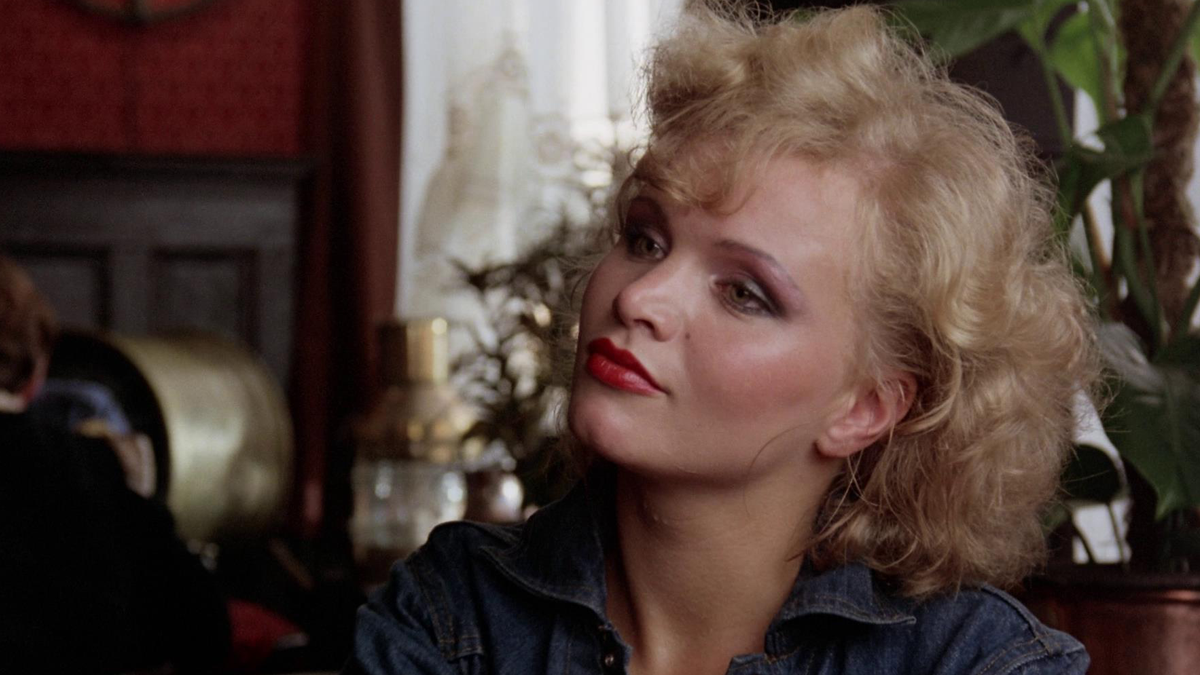 When I saw that Paul Verhoeven was the director behind Spetters (a film I had never heard of) I got a little excited. Robocop is one of my favorite films, and I enjoy many of his others. Had I known it was in Dutch with English subtitles, I would’ve sat this one out. That isn’t to say I dislike all films with subtitles, but it isn’t my preferred choice to watch subtitled films. It doesn’t help that the film really is quite lousy, though it features much of what we can expect from a Paul Verhoeven film. It’s just he needs to right screenplay to bring it all together. This isn’t it, unfortunately.

We follow three young Dutch amateur dirt bike racers who each fall for the same woman. The girl they fall for works at a concession stand with her brother. All the characters we meet in the film want more out of life. They’re all looking for something better. We’re introduced to many characters here, but with Verhoeven at the Director’s chair, expect much nudity and violence. It wouldn’t be until Robocop and Total Recall that he would use these elements in a satisfying manner. Unfortunately for this film, there’s just a flat-out nastiness with scenes which seem content to shock the viewer with little else on its mind. Indeed, he doesn’t know when to quit. Motocross is certainly intense, and can make for quality entertainment, but this isn’t the film to showcase that. I think my main issue is how downright unlikeable these characters are. We follow three friends: Rien (Hans van Tongeren), Eef (Toon Agterberg) and Hans (Maarten Spanjer). The girl is Fientje (Renée Soutendijk) who catches all their attention. I won’t spoil things, but how she uses these three men is cruel to say the least.

I understand Spetters probably has a following, but it didn’t nothing for me. Fans will likely be pleased to have it on Blu-Ray, but other than already established fans, I can’t imagine many finding much enjoyment from this. I really didn’t have strong expectations for this, but this failed to do much for me. Filled with unlikeable characters and repetitive action sequences, I couldn’t wait for this one to end.

With a new 4K remaster, this transfer looked quite nice to my eyes. I had never seen the film prior to seeing it here, so I have no reference for what it looked like before, but the results are very strong here. Considering the film is quite old and low budget, this will likely please anyone who views it. The image is AVC encoded with a 1.67:1 ratio.

The DTS 2.0 HD track presents the film with the clarity one can expect. There’s plenty of music in the film and action as well that keeps the track busy. We’re really brought into this world, and the results are strong, with the clarity we can expect. Whether the roar of the motocross or the characters causing havoc throughout the city, the track stayed active.

When I saw Paul Verhoeven’s name attached to this film, I got a little excited. Unfortunately the end result did little for me. This became a bit of an endurance test as I wasn’t into the plot and the characters were unlikeable. I’m sure this film has its fans, and they’ll be pleased with this disc. All others can safely stay away as this one is a real stinker.