Sorry to Bother You (Blu-ray) 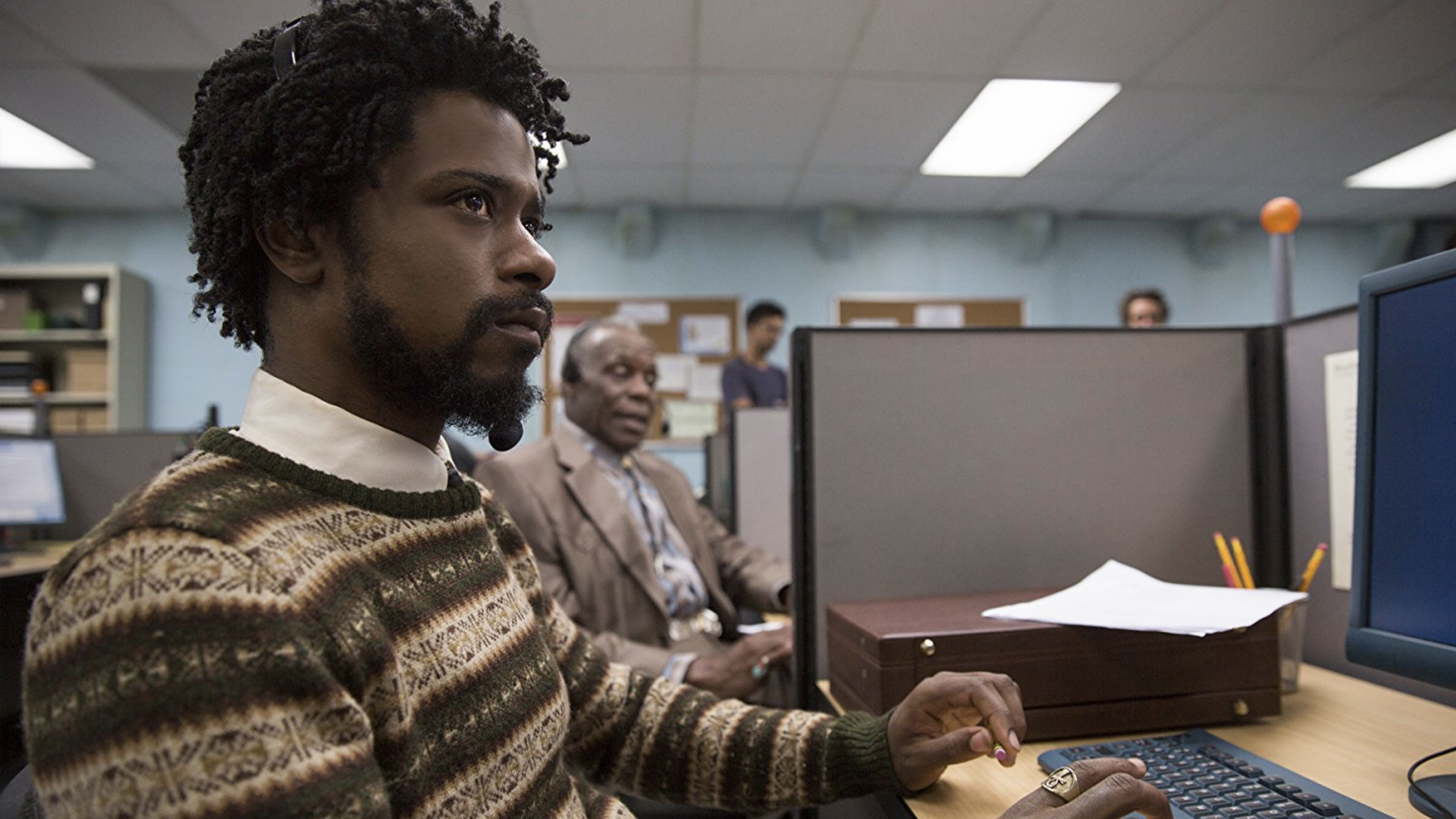 Sorry to Bother You is certainly one of the years more interesting and unique films. Not only is the film original, but it’s very unique in its own right. When you see as many films as I do, you begin to notice similarities and little oddities between them. This is one of two films (that I know of) this year that features a black character disguising his voice to sound as if he’s white. The other film being Blackkklansman, another interesting film released this year. Ultimately I feel Sorry is a bit too ambitious for its own good, but there’s no denying the film’s charm. I was reminded a bit of the more offbeat and quirky films from the 90’s.

We’re introduced to an alternate version of present-day Oakland. We meet Cassius “Cash” Green (Lakeith Stanfield) applying for a telemarketer job. Right away his boss calls him out on a few of his lies during the interview process, but doesn’t care; he views Cash all the more ambitious for doing so, and he lands the job. He’s told to STTS (Stick to the script) and he’ll be fine. It isn’t until a fellow co-worker, played by Danny Glover overhears him and tell him to sound more white. This suits Cash just fine as he’s quickly promoted to the top and realizes that he has a special talent for this. Things seem to be going well for a while, but it’s when Cash meets Steve Lift (Armie Hammer) that things start to get really strange. Lift is the CEO of WorryFree. I won’t reveal some of the plot specifics here, but this is also about the time the film began to lose me.

I was reminded a good bit of Office Space, especially with the earlier portions of the film. I definitely feel the first half is the stronger, but that isn’t to say it becomes a total loss by the second half. It’s just the more free spirited nature of the first half is taken over by a bit too many plot details and downright weirdness at times. Still, I think there’s enough here to ultimately warrant a recommendation, though I wish it went in a few different directions. Much of the film just has to be seen to believed. The cast is all great, especially Stanfield in the lead. The film is filled with funny little bits and memorable characters even if the end result is a bit more of a mixed bag, it still has plenty to offer.

Taking place in an “alternate” present-day Oakland, California it’s a bit hard to really nail down how this looks. On one hand it’s a new to Blu-ray film so all the usual caveats are in place: sharp, well-defined picture, vibrant colors and strong contrast. But the way the film is shot, as in how it actually looks on screen, is more of a stylistic choice and it works…to an extent. The 2.40:1 AVC HD image is wide so that in some scenes, so much is jam-packed into the image my head was spinning. But the majority of the film takes place indoors, dimly-lit clubs and so forth. It’s nothing to get upset about as the presentation delivers, but it’s a rather unique viewing experience, to say the least.

On the audio front, the included DTS HD Master Audio mix has something for everyone, but it’s not as bombastic as one might think. Vocals are pure, rich and crisp though some of the audio effects do make for a rather interesting listen. Surrounds, particularly in some of the more “hip hop” scenes, do their part to provide an ample surround field. Vocals are as expected, well-defined and sharp as a tack. Like the video presentation, this is just a rather unique experience when it comes to the audio presentation, but a worthwhile one.

It’s hard to classify Sorry to Bother You as it’s such a unique film experience. I think the film would make Mike Judge proud as it feels like something he’d approve of, even make. So if you’re into his style of humor then you might enjoy this film. It’s far from perfect, but it’s original and very unique, something you can’t say about a lot of films these days. That comes at a cost as the film gets a little too bizarre for its own good. Still, I think the pros outweigh the cons and this earns my mild recommendation.