Someone Behind the Door (Blu-ray)

I’ve said it before, but one thing that’s so nice about being a reviewer for this site is getting the opportunity to review films of this sort that are often hard to come across. I’m also thankful for Kino for bringing these tiles onto the Blu-Ray format, offering what is often the best presentation the films have seen. I’m a Charles Bronson fan, but he has such a large filmography that I am often surprised to learn of his films that I not only haven’t seen, but haven’t even heard of. That is the case with someone behind the Door. It’s a film that kind of sneaks up on you and even when you’re not entirely sure what’s going on, you somehow feel absorbed by it all. That’s at least how I felt. Bronson is one of only a few stars in the film. In fact, it’s mostly Anthony Perkins who gets a large chunk of the screen time. While not the most action packed film or even the most suspenseful, at least in the most obvious way, it’s very much worth checking out.

Anthony Perkins stars as Laurence Jeffries, a neurosurgeon with a beautiful wife, Francis (Jill Ireland, a frequent costar of Bronson) who is cheating on him. Early on we see that their marriage isn’t that great. He tries to pursue her to stick around, but she insists on leaving for a trip, but she isn’t going where she says she’s going. Meanwhile an amnesiac patient known only as the Stranger (Charles Bronson) wanders in and Laurence takes to him, insisting on helping the man. He even brings him to his home. Only as the film progresses we learn exactly what Jeffries is plotting. His plan is to trick the Stranger into believing that his wife is Francis and that she’s cheating on him in hopes that the Stranger will kill his wife and confront her lover. This is the gist of the plot, but beware that there’s a lot going on here. The pacing is very steady here, allowing us to get to know these characters and this situation all while trying to wrap our heads around it ourselves. We are very much like the Stranger in that we have lots of questions about the whole thing as well.

The film certainly has an intriguing hook even if there are some flaws with the plot and character motivations. At times it got me asking more questions that it answered, but I still was going along with it. I look forward to viewing it again to take a lot more of it in. It really is a film that sort of grows on you. We are introduced to less than a handful of characters all of whom have a motive. Francis’s lover, Paul (Henri Garcin) shows up late in the picture, but there are plot points best left to the viewer. I’m unsure how I feel about the ending which leaves a bit more ambiguity than I would’ve liked, but it left me pondering. I don’t want things spelled out for me, but a film with such a heavy plot like this almost demands more resolution. Still, it kept me with it and becomes a film worth checking out.

With a 1.66:1 transfer, we get a solid image even if elements aren’t as sharp. Still, this is likely the best the film has ever looked and will ever look and I feel fine with that. More than enough of it had the sharpness I’ve come to expect and good enough details for me to not become distracted by it.

We find a DTS 2.0 track that delivered the sound I was fully expecting. This is a dialogue heavy film and there’s a clarity I have come to expect. Occasionally we get some added oomph, but mostly this is your standard stuff. That is OK as it’s all that is needed. Like the transfer, this track satisfies.

I wasn’t quite sure what to expect with someone behind the Door, but it stayed with me. I don’t think it’s a great film, but it is very much worth checking out. The pacing is steady and while the film might throw a bit too much at us, it all (mostly) adds up by the end. I also feel it’s a film that will benefit from multiple viewings. Check it out. 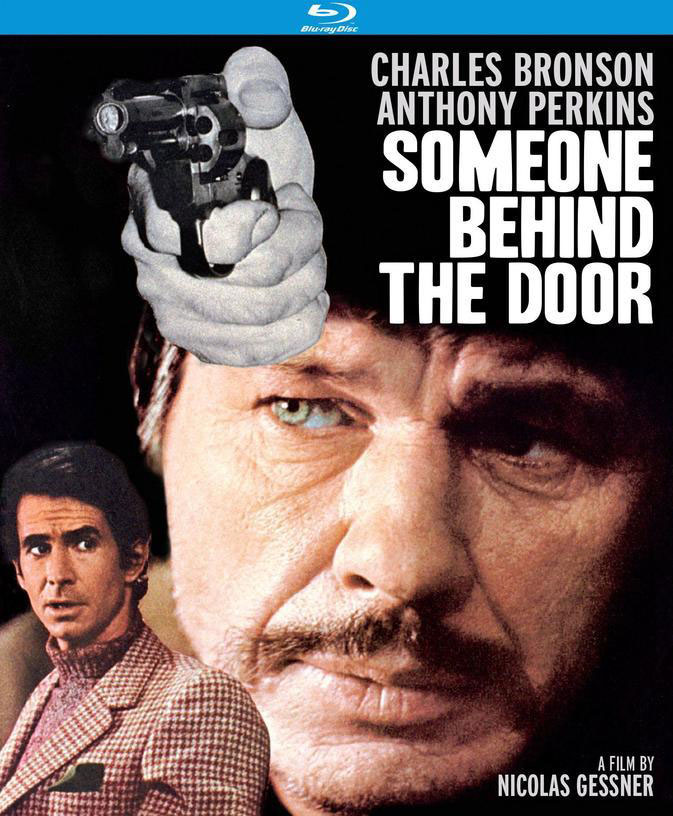