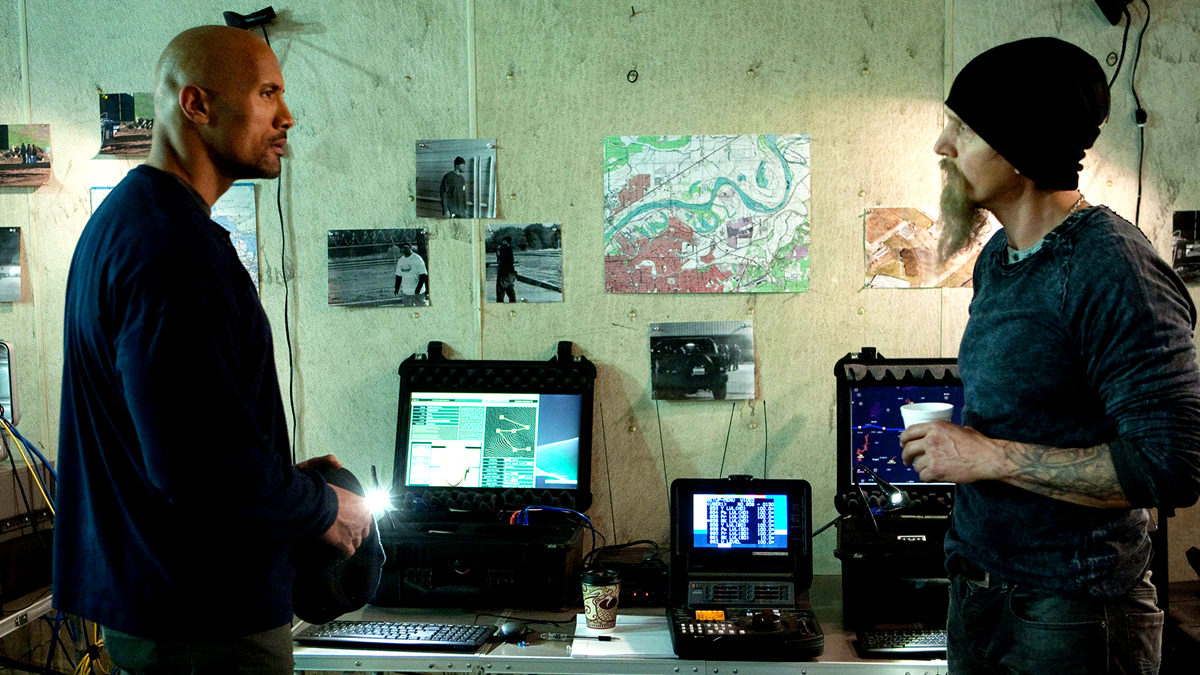 Dwayne Johnson’s 2013 was quite a year. From February to May he had one film released each month. Snitch was the first of the four released and made the least amount of money. While it’s not a great film, it’s still very worth watching. The trailers would lead you to believe it’s a thrill-a-minute action film. It certainly has its share of action scenes, but it also has so much more. Johnson stars as John Matthews. He owns a construction company and does pretty well for himself. When his estranged son Jason (Rafi Gavron) gets charged for receiving a drug package, he decides to take matters into his own hands to cut his son’s sentence. Jason could face a minimum of ten years in prison. John tries desperately to bargain with U.S. Attorney Joanne Keeghan (Susan Sarandon). Keeghan is a no-nonsense type of person, but she eventually comes to terms. John concocts a plan to go undercover as an informant. He realizes he must have an “In” to introduce him to this world. He discovers that one of his employees has a history with this life. Daniel (Jon Bernthal) is trying to start a new life, avoiding the very thing that John is trying to get him into. After John offers him $20,000, however, he decides he can’t pass it up.

I am surprised to learn that Snitch is based on true events. With a little research (and the special features) I learned that it is taken more from headlines of various drug trafficking incidents. The film has several elements piled into one. There is plenty of action, but the drama elements add an extra layer of depth. It’s also a more vulnerable role for Johnson as well. Sure he is physically imposing, but he can’t just walk into a court-house and demand they release his son. He is also outmatched taking on such a powerful enterprise. As he meets with a local drug kingpin Malik ( Michael Kenneth Williams) the scene is tension filled. He’s told by an undercover agent to just be himself. If the drug dealers sense any deception, he will likely be killed on the spot. There are also strong scenes between John and his son in prison. John begins to admire his son even more when he learns that he would never rat them out. Johnson continues to display his strong acting chops. He takes on a hefty role here, but pulls it off wonderfully. Gavron also gives a strong performance as well. He doesn’t share as many scenes as Johnson, but he’s just as effective. The film kept me reasonably involved. Director Ric Roman

Waugh keeps things moving at a nice pace. The film does get a bit crazy in the last 20 minutes or so, but it’s not a deal breaker. In lesser hands this could have been just another standard action flick, but its raised here due to strong performances and sharp direction. It’s a worthy rental, but only worth a buy for already established fans.

Snitch comes to 4K with a minor uptick in image quality, but still sporting a very nice-looking 2.40:1 HEVC image.  The movie was digitally shot is indicative of any new to the format film with a detail and clarity that’s nearly unsurpassed.  We get a wide variety of images here from the scenic, wider shots to the extreme close ups that really show off what the transfer is capable of.  I don’t want to say the transfer is inconsistent, but there are a lot of somewhat inconsistent shots in the film.  This is in no way a fault of the movie itself but the play of shadows and contrast in the movie is interesting to say the least.  Nevertheless it’s a top notch effort and the benefits of Ultra HD do show.

The DTS HD Master Audio soundtrack is still present on the Blu-ray, but the Ultra HD version has been given a new Dolby Atmos soundtrack. And let’s face it, this is all about being loud and obnoxious.  And that’s what makes it so much fun.  The movie starts with a great action sequence and really doesn’t let up for quite some time.  Vocals are strong and centered, we hear “The Rock’s” booming, deep voice in all its uncompressed glory (that sounded weird), an immersive mix with the LFE’s and the surrounds are almost always constantly humming along, adding some more depth to an already very robust mix.  Again, no complaints here.

Snitch isn’t and wasn’t The Rock’s greatest film. It’s got a surprisingly decent cast, but is still a run-of-the-mill effort. It’s easily forgotten with some of Dwayne Johnson’s other efforts in some bigger franchise films. It’s nice to see a 4K version of this, though I have to wonder with all the titles in Lionsgate’s arsenal – why this one got the call?