Now here’s one I didn’t see coming…Snatchers. If the film’s title resonates just a bit then it’s that it’s a not-so-obvious nod to the iconic Invasion of the Body Snatchers. That film has been done, re-done, renamed and just about everything that Hollywood can do to try to make yet another buck out of it. But things are a bit different this time around as we’ve got subtle references to Barry Sonnenfeld (Men in Black) and Wes Craven movies with maybe a bit of Critters and Juno mixed in for good measure. The film is a veritable hodgepodge of B Movie goodness and that’s what makes the movie so enjoyable. Think The ‘Burbs meets American Pie. No, really – think.

Sara (Mary Nepi) yearns to be popular. In doing so, she gives her BFF Hayley (Gabrielle Elyse) the cold shoulder, cuddles up to head Mean Girls Kiana (Ashley Argota) and gives in to the demands of her boyfriend (Austin Fryberger) to have sex. It’s quick and painless. And two days later she’s nine months pregnant.  Desperate to hide her newfound “condition” from her mother (J.J. Nolan), Sara turns to Hayley for advice.  A trip to the free clinic is among one of the many stops and a protester is the least of their worries. Along the way, they have to contend with Sara’s offspring as well as how to save the world from an alien life form. No one said high school was easy.

Like many enjoyable films, Snatchers never takes itself too seriously. And, to me, that’s always a good thing. When you’re poking fun at several genres of movies (and doing it well, I might add) it’s best to go with the flow and let nature take its course. The cast is full of relative unknowns, though I don’t think that’ll be the case in a year or so. There’s loads of talent here and if “teen” movies are your thing then I can see this being part of a triple feature lodged in between Scream and Superbad. Go ahead, prove me wrong. Of note, at no point is this movie considered scary. Even most of the “gore” takes place off screen. I wouldn’t sit the little ones down for family night, but I found myself laughing more than anything. I haven’t had this much fun in a while.

Snatchers is new to the format and, as such, we know what to expect. The film, by and large, takes place over the course of one night so we’re treated to plenty of darker or dimly-lit scenes. And they succeed as the image is consistent and constant all the way through. Contrast is rock solid, detail is tack sharp which all lends itself to a stellar above average viewing experience. That said, I felt that the film had a somewhat “low budget” look to it. Perhaps an homage to the B Movie horror films in which it’s parodying? Nevertheless, it lacks that sheen that would have had me say “this is a perfect-looking picture.” Or perhaps I didn’t get the joke and should just call it like I see it?

It’s a bit hard to describe some of the sounds in this movie. I have to wonder if the sound effects person was saying “Ok, now when the alien squirts out of the girl should we engage the surround sound or just keep it limited to the front stage?” Yes, decisions, decisions…Comedic life-altering questions aside, the film doesn’t sound that bad. The DTS HD Master Audio mix is, by and large, limited to the front stage though some directional effects do come through in the surrounds giving life (pun fully intended) to the rear channels. It’s not the most dynamic track out there, then again it’s not supposed to be.

Snatchers knows itself and, most likely, the audience it goes after. The “horror/comedy” sub genre is arguably one of the hardest to pull off, but Snatchers does so exceptionally. Warner’s Blu-ray isn’t exactly bursting at the seams with extras, but the commentary track is worth the price of admission. As usual, above average picture and sound only sweeten the deal. 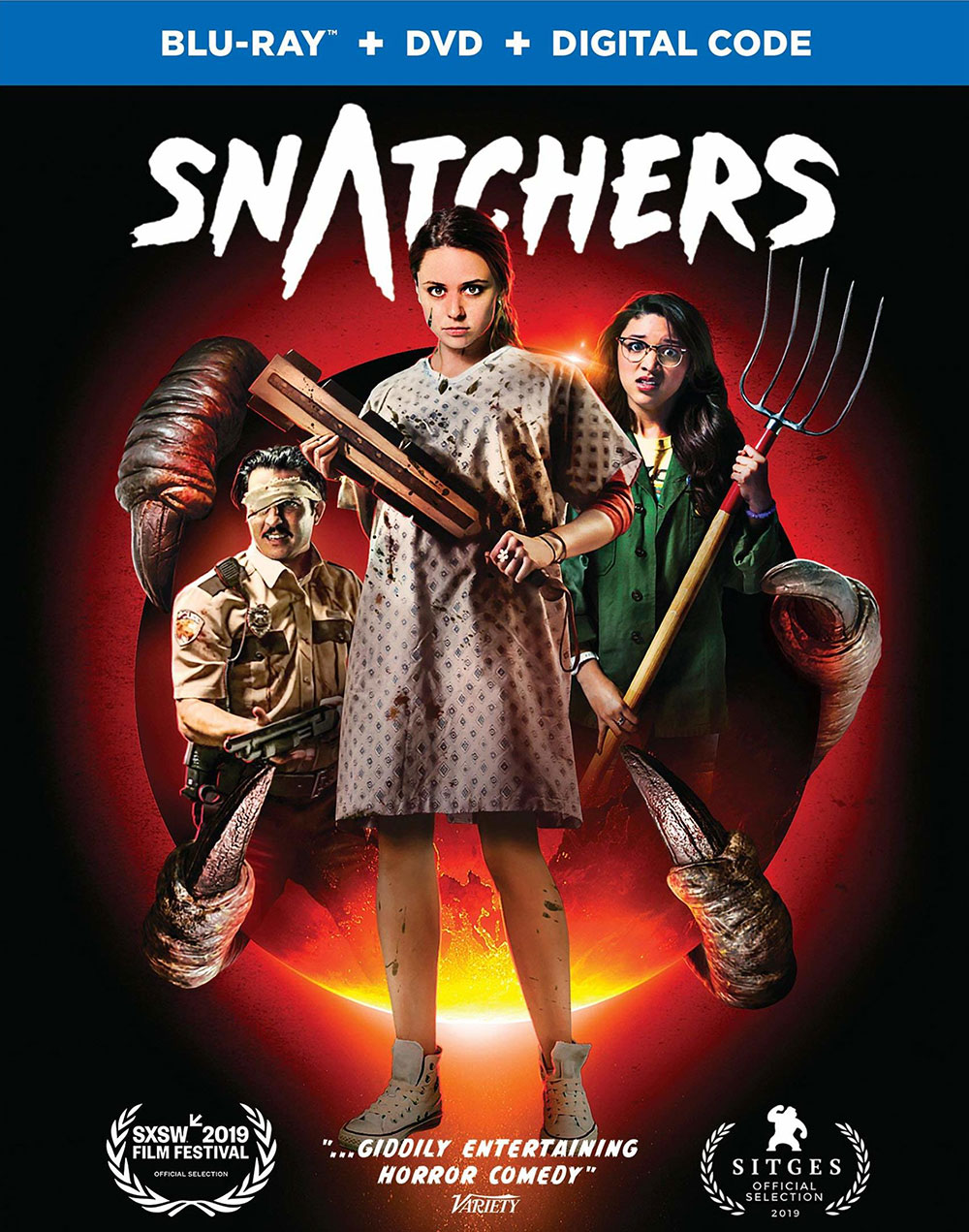