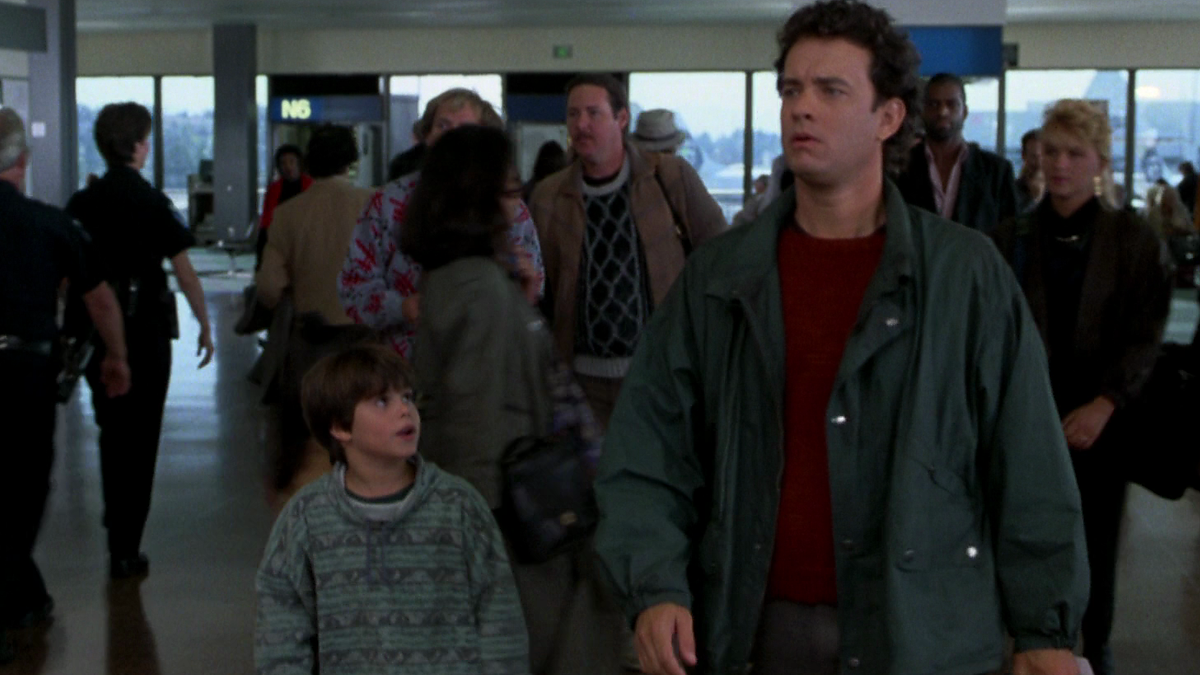 When I think of the Summer Box Office from 1993 (and you’d be surprised how often I do), there’s invariably one movie that comes to mind: Jurassic Park. Yes, it’s hard to believe that those CGI dinosaurs are a quarter of a century old. But amidst that movie, some others did manage to turn a profit as well. Tom Cruise donned a suit and became Mitch McDeere in The Firm, Harrison Ford outran Tommy Lee Jones in The Fugitive and we saw the second (of three) pairings of Tom Hanks and Meg Ryan with Sleepless in Seattle (they would re-team in 1998’s You’ve Got Mail, and had previously been seen in 1990’s Joe Versus the Volcano). If you’re looking for the definitive romantic comedy film of the 90’s then look no further. An homage to An Affair to Remember, Nora Ephron wrote and directed this classic tale that still has audiences tearing up even twenty five years later.

Hanks plays Sam, a Seattle-based architect who’s recently lost his wife to cancer. His son, Jonah (Ross Malinger), senses his father’s sadness and, on Christmas Eve, calls into a national talk show and tells his story. Across the country Annie (Meg Ryan) hears this and is swept up. She, however, is engaged to Walter (Bill Pullman), but together with friend Becky (Rosie O’Donnell) decide to do some digging to see if Sam is the catch that she (and every single woman in the country) thinks he is.

There’s a little more to the story than that, but I’m guessing that if you’re reading this 25th Anniversary review, then you’ve already seen the film a number of times. And if not, well, that’s a spoiler-free plot synopsis. A lot has changed in 25 years. I don’t even know if call in talk radio shows exist anymore. It would seem that Sam could get on match.com to find a new girlfriend (though, admittedly, he didn’t seem to be looking) and Annie’s investigation could have been solved with a few clicks of the mouse. But that’s all beside the point, isn’t it? Sleepless in Seattle holds a special place for me with reasons I won’t get into here. It’s a bona fide classic and one of the definitive romantic comedies ever made. This should be on every movie-lover’s shelf, but for reasons I’ll explain below – maybe not this version!

In spite of this being an “Anniversary Edition” it doesn’t appear that Sony went all out on a new 4K transfer. Rather, this appears to be the same source material used in other versions, notably the one Twilight Time used for their edition a few years ago. That said, it’s not a bad-looking image, but the 1.85:1 transfer seems to be a bit soft at times. Colors are strong, contrast is nearly perfect, but a few of the nighttime shots have a little movement in them. Detail pales in comparison to some of the more recent releases and certainly any 4K release (and this would have been a perfect catalog title for it). All in all it’s a good, but not great offering visually.

Likewise, the included DTS HD Master Audio 5.1 mix has a few moments, but this is a dialogue-driven movie if there ever was one. A few scenes have some ambient noise, songs from the soundtrack permeate the atmosphere and so forth. Vocals seem solid and lacking any distortion as well. There’s technically nothing really “wrong” with this mix and I doubt even a new Atmos offering would make much of a difference. Then again, this film isn’t exactly remembered for its audio.

The only inclusion that we haven’t seen before are a quartet of deleted scenes. Everything else is the same as was on the 2013 Twilight Time Blu-ray.

Twenty five years later, Sleepless in Seattle still manages to convey emotion and impress this movie-lover. But this new version is a toss up. One one hand, it’s virtually identical to the already existing (albeit pricier) Blu-ray from Twilight Time. With this version you lose the isolated score (but who really cares) and gain some deleted scenes which really don’t add that much to the film. Perhaps in 5 years when this film turns 30 we’ll get a proper release.