After a failed suicide attempt, Milo Dean (Bill Hader) begins to live with his estranged twin sister, Maggie (Kristin Wiig) for a while. The two have had something of a checkered history, but they both want it to work out. Before I saw the film, I was told by my sister-in-law that “You have to be in the mood for this kind of movie.” Maybe that’s the problem I had with it. Despite several overly positive reviews, I just couldn’t get into this film. It deals with clinical depression, attempted suicide and even a failed relationship between two men. Indeed, one really does have to be in the mood for something of this sort. For those expecting a light comedy given that it stars Hader and Wiig (two SNL alums), there are very few laughs to be had in this film. Ty Burrell plays a teacher who once had a relationship with Milo when he was much younger. The moments between the two of them are not only effective, but also have a bit of tension.

The Skeleton Twins might be a movie that would benefit with repeat viewings, but I find that to be a near impossible task for me. None of the characters are particularly likable, and the moments that go for humor miss the mark. It clocks in at some 90 minutes and change, but I felt it would never end. I didn’t want to spend any more time with these characters. I’ve enjoyed Wiig in some roles, but she’s entirely one-note here. Hader doesn’t fare much better. In fact, both characters started to get under my skin after a while. I’ve enjoyed recent films that have taken a less conventional route, and even dealt with darker themes before (The perks of being a wallflower comes to mind), but I found little to enjoy here. It’s entirely too downbeat for my taste. Skip it.

Being a mostly dialogue-driven film, the DTS HD track is still fine. There are moments when the rears kick in, but this is mostly a quieter film where the front channels handle the work. Vocals were always audible with no major issues to speak of. Fans of the film will be satisfied with this track. 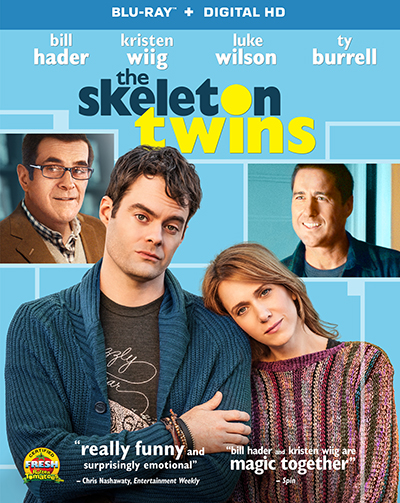