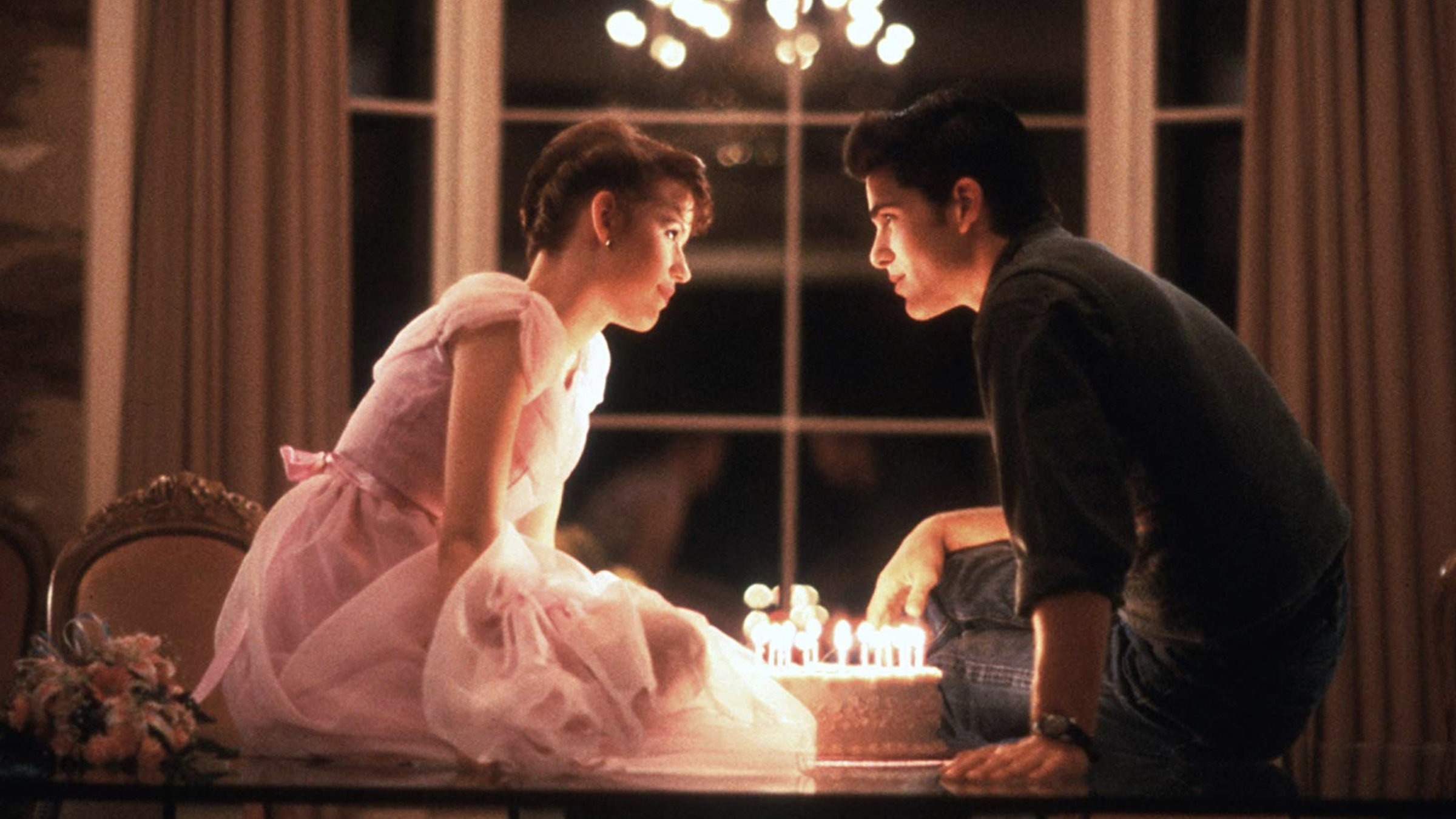 I think all of us at some point in time have either forgotten someone else’s birthday or had ours forgotten. That is the problem Samantha Baker (Molly Ringwald) faces in Sixteen Candles. She feels as if she’s having the worst day of her life. Her older sister is getting married and that’s part of why they’re preoccupied. Things don’t end there, however. A note revealing very personal things about her gets picked up by Jake Ryan (Michael Schoeffling). It reveals that Samantha has more than a little crush on him. I could say more about the film’s plot, but being as how it’s now 2015 and this film has been around since 1984, I imagine most people have seen it more than a few times already. Part of the fun is also being surprised by many of the shenanigans on display.

This film marked the Directorial debut of the late John Hughes. Molly Ringwald as well as Anthony Michael Hall (who also stars in this film) made many films with him, capturing the nickname “The Brat Pack”. I’m still unsure of what my favorite film by Hughes is, but Candles is definitely high on the list. One of the things that works in most all of the John Hughes films is that they have their heart in the right place. It truly captured what teenage life was like at the time. I don’t think any review of this film could really do it justice; there’s simply so much to praise. There’s a running gag every time the character Long Duk Dong (Gedde Watanabe) shows up. There’s also the very poorly timed wedding involving the older sister. Hall does great work here as the geek who wants to show off to his friends that he hooked up with Samantha. After all that, I haven’t even touched on the central romance between Samantha and Jake Ryan. I have no clue why Schoeffling didn’t continue his acting career, because he fits the role perfectly here. I don’t know why Hughes stopped making films when he did, but this serves as a bittersweet reminder of the kind of films they just don’t make any more. It lacks the crudeness of a lot of modern teenage films and really tackles what High School life was like. Highly recommended.

Universal has done a fine job with this VC-1 encoded (1.85:1) transfer. There’s a very clean look throughout the transfer. The print used seems nearly flawless, colors are nice and smooth as well. Details remained strong throughout as well. Admittedly, this isn’t a flashy film in the traditional sense, but it presents the film as it should. This is certainly an 80’s film and the entire look holds a bit of nostalgia. This transfer satisfies.

The DTS HD track won’t change your world, but that really shouldn’t be expected with a film of this sort. It does its job as it should. Vocals were clear and audible, the music comes across nicely on occasion, too. There are a few instances where the rear channels kicked in, but this is a mostly front-loaded affair. Still, it presents the film nicely.

This is a long-standing Universal title and they had the opportunity to really knock it out of the park. Admittedly, there is some pretty eye-catching cover art along with an 80’s-themed interior with some production notes. But no new features have been added.

If this movie isn’t already in your collection (and it should be), then this is certainly the version to get. But this is literally the same disc that came out in 2012 with some snazzier packaging. I personally see no reason for an upgrade.