Danielle (Margot Kidder) had been out on a date with a young man, who now has turned up murdered. Since she had recent contact with the man she is, of course a suspect and comes under even more suspicion when her neighbor claims to have seen the entire episode. The neighbor is Grace (Jennifer Salt), an ambitious reporter who says she saw Danielle take the man’s life right before her own eyes. This seems like an open & shut, right? It would seem that way, until a new fact is brought into the light that changes all that. You see, Danielle was once a Siamese twin and she has been separated from her twin sister, Dominique for some time. This other twin is not like Danielle and seems more hateful and such, whereas Danielle is not of that ilk. As Grace pushes deeper to uncover the truth, she finds herself pulled into a strange and dangerous world, one that hinges on the bond of the former Siamese twins. Did one of the sisters commit the act as Grace claimed, or were her eyes simply playing tricks on her?

In the realm of horror/thriller cinema, you’ll find a few genuine gems amid an ocean of mediocre and below titles. Sisters is one of those gems and if you want to watch an eerie & offbeat motion picture, this one would more that fit that bill. These days, we’re lucky to get some imaginative visuals and a few cheap scares, but in Sisters, we find a complete atmosphere. This means the film keeps coming at you and though you might not be scared, the movie will work itself inside your mind and that’s even better, if you ask me. The eerie environment within the film is littered with more traditional thriller devices too, but the overall tone of the movie is what makes it so memorable in the end. I’ve seen this with many friends and while it might not happen to you, I know several of them found this to be quite disturbing. But that is the goal of this type of movie, to make you think and put you in a place you’re not used to being in. Sisters is one of the finest examples of a thriller and though it borrows from several sources, the end result is excellent and more worth a look. And with a fantastic disc like this from Criterion, fans will not want to miss this disc either!

This was Brian De Palma’s first thrust into the intellectual thriller genre and despite that, he delivers one of the best examples you’ll find. De Palma does use techniques seen before and Hitchcock comes up more than others, but this is by no means a hack job and turns out to be a fine film in its own right. I am not the world’s biggest fan of De Palma’s more recent films, but I do love several of his works from around this time and this one stands as my pick of his entire resume. Other films directed by De Palma include Mission To Mars, Carrie, Mission: Impossible, The Bonfire Of The Vanities, Obsession, Scarface, Snake Eyes, and Carlito’s Way. In the lead role of Sisters is Margot Kidder and without her brilliant turn, this movie would have been a much more droll effort. This was one of her early film roles, but she performs like a seasoned veteran and that impressive to be sure. Kidder can also be seen in such films as Superman, The Amityville Horror, Maverick, Some Kind of Hero, as well as various television projects. The cast also includes Charles Durning (The Hudsucker Proxy), William Finley (The Funhouse, Eaten Alive), Mary Davenport (Dressed To Kill), and Jennifer Salt (Midnight Cowboy).

A new 4K remaster was approved by director Brian de Palma and it shows. This is a low budget movie and as such, will never look pristine, but this transfer is eons superior to any previous home video editions. In fact, I was stunned at how much colors was to be found, as previous releases have been drab and washed out. The colors still seem a little reserved, but I think that is intentional in the end. The hues look good and display no bleeds, while flesh tones appear warm and natural also. I also found the contrast to be much more defined, though some grain is still evident at times. The grain does knock this down a little, but in truth Criterion has done a fine deed by giving us a new & improved version of this terrific film.

The original mono version is used here and while it is decent, I think a surround remix is in order for Bernard Hermann’s excellent musical score alone. This score is amazing in all respects, but comes off as rather flat and harsh at times here. I didn’t notice much distortion, but this score deserves so much better than this. The rest of the mix is up to par though, with no serious issues to mention in the end. The sound effects & dialogue seem clear and aside from some minor harshness, always come across in fine form and at a proper balance.

Sisters is a strange movie, or at least it was for me. I found Brian de Palma’s later work a bit more interesting, but his work on films like The Untouchables and Blow-Out are beyond reproach. Criterion has done a fine job with this new 4K image as well as adding a few new supplements not found on the Standard DVD. 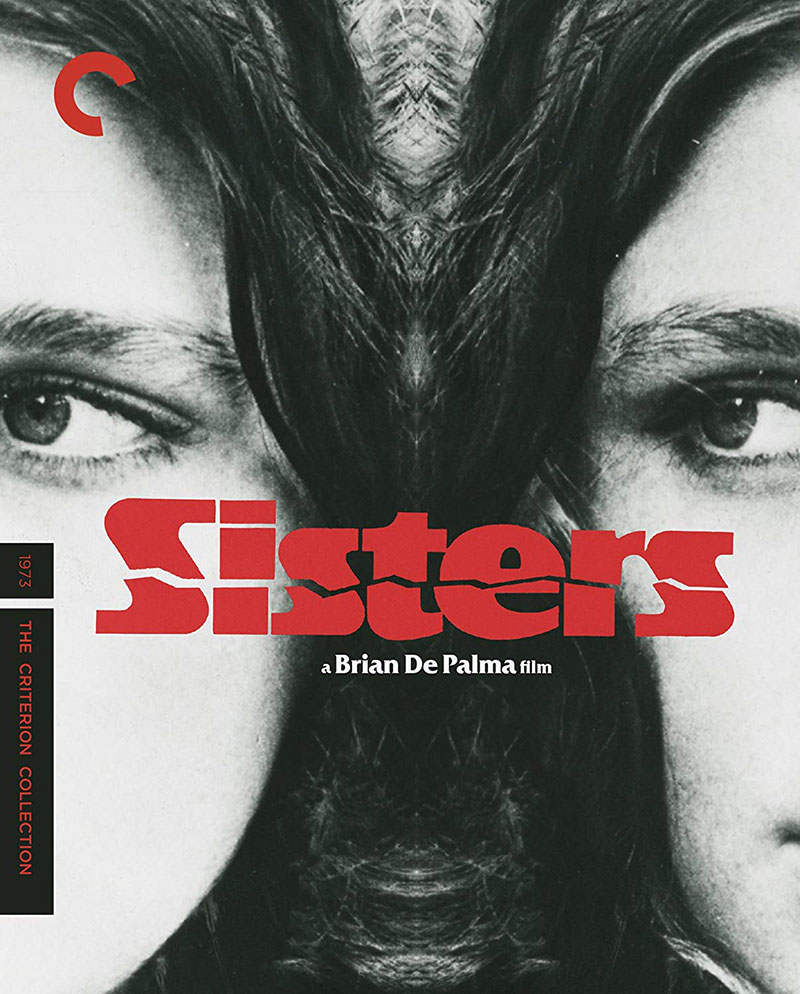