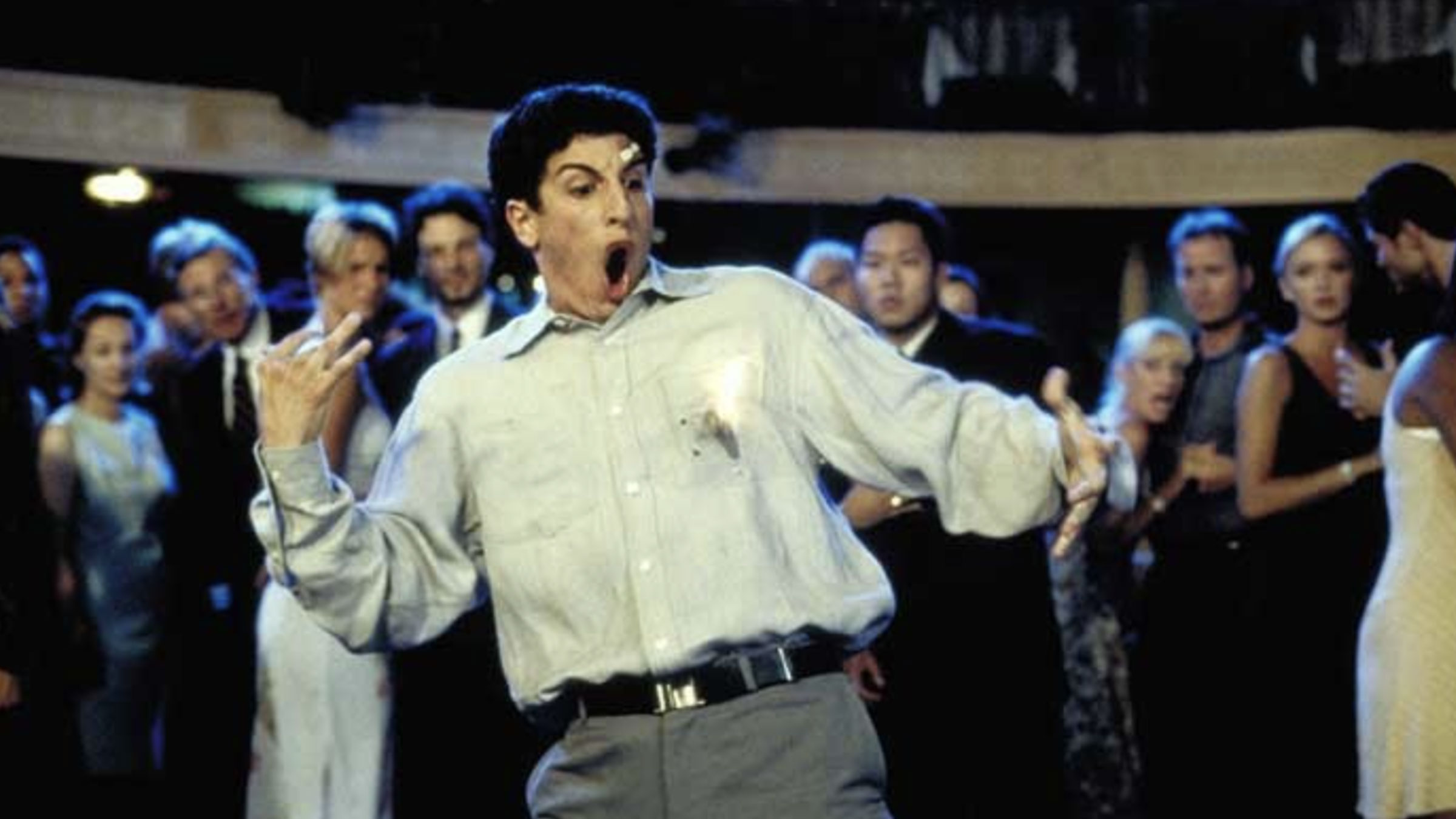 I recall seeing the ads for Saving Silverman years back and thinking it seemed right up my alley. Some friends and I saw a sneak preview in theaters shortly before the official release and I remember being entertained but didn’t necessarily think of it as some comedy classic. It stars Jason Biggs, Steve Zahn and Jack Black. Dennis Dugan is the director, and he’s no stranger to the comedy world, but seeing the film now, more than 20 years after its release, it does leave much to be desired. Without being too contradictory, it was somewhat nice to revisit it, but it’s also very apparent to see the flaws and its juvenile execution. Let’s take a closer look, shall we?

Childhood friends, Darren Silverman (Biggs), J.D. McNugent and Wayne Lefessier (Zahn) are nearly insuperable. They have kept in close contact with each other and the three of them are in a Neil Diamon tribute band together. We learn (through a silly opening narration) that Darren is gullible when it comes to women, J.D. is something of a simpleton and Wayne stands up for his friends. It doesn’t take long for Darren to meet Judith (Amanda Peet) one night through something of a miscommunication. The two start dating and we learn that essentially if Judith says to jump, Darren says “How high?”. In short: she controls his every move. Her first meeting of J.D. and Wayne doesn’t go well, and she bans Darren from being friends with the two of them. Wayne concocts a plan to kidnap Judith and set Darren up with Sandy Perkus (Amanda Detmer) who is his childhood crush. There’s more to the silly plot, but you’ve either seen the film now and know or you can discover the rest for yourself, but silliness ensues.

On the surface Silverman is perfectly harmless, but its tone is rather mean spirited at times and we never delve into just why Darren is such a pushover when it comes to Judith. It’s also hard to root for the characters here as J.D. and Wayne are rather obnoxious, Darren is basically just Jason Biggs doing his schtick and Amanda Peet seems to adopt the wrong tone in most all her scenes. There are mildly amusing moments, but mostly the film is pedestrian level of humor. It’s worth noting that (thankfully) this disc includes the R-Rated version of the film, despite being mislabeled as the PG-13 cut. A few more expletives appear and some nudity to boot.

I’ve learned to not expect greatness from most Millcreek titles, but this one is at least passable. We get the usual (for a comedy) 1.85:1 ratio and despite some compression issues, the details and all were at least easy on the eyes. It neither upsets nor dazzles. Like the film itself, it just sort of exists.

The DTS HD 2.0 track does about all it needs to. Sound range and vocals are fine, with the crispness and clarity we can expect. It never felt limited or restricted, so fans should be pleased.

Sadly, nothing here but a static menu. The DVD even had a few items.

While I can find some entertainment value here, too much of Saving Silverman feels lame. I can’t imagine many clamoring to own this, especially when this disc isn’t a massive upgrade over the DVD from many moons ago. That disc even has some decent extras. So, I would either hold onto that one and skip this or seek out that disc for cheaper and for the extras. As for the film, it’s decent, but nothing essential.