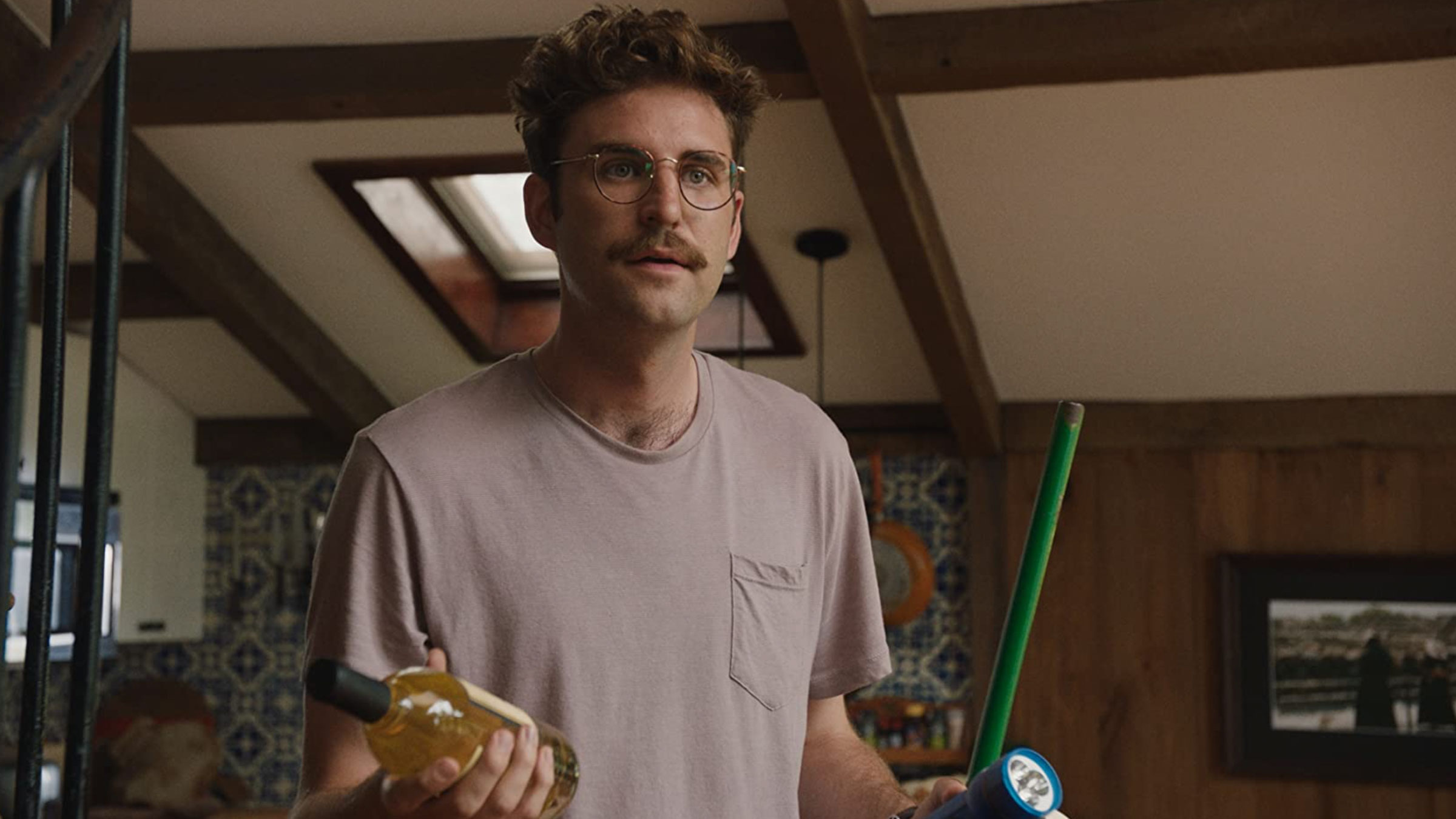 At this point in time, virtually every genre has been done. And overdone. And done again. It’s highly unlikely that there’ll be a film in a well-established genre that will blow everyone away. And that’s fine. Putting that aside, it is hard to come up with something new, original and (most of all) entertaining in a pre-defined genre. There are movies like Shaun of the Dead that are somewhat light-hearted and fit that bill nicely. So when Universal sent over a copy of Save Yourselves!, I was scratching my head. I’d not heard of it, but after checking out the trailer, decided that the wife and I would give it a spin.

We meet a young Brooklyn couple who are fed up with their work life and the stresses that come with it. They feel it’s making them more distant. So when they’re offered a free weekend at a remote cabin upstate, they seize the opportunity and make a pact to go “off the grid” disconnecting from their cell phones. Their hope is to use this time to reconnect with one another. Things are fine until the couple find a “pouffe” in their living room. Unsure what to make of it, they find more and more of them. They’re attracted to ethanol (alcohol, sugar, gasoline, etc.). The couple soon figures out that they’re aliens and that New York and the rest of the world has been ravaged by an alien invasion. So what now?

And I’ll leave it at that. It’s odd that I mentioned Shaun of the Dead as I’d picked that movie from one of many, but in all truth these two films share a lot in common. Both films’ main characters are blissfully unaware of the dangers that surround them and it’s this approach that makes the movie work (zombies in Shaun’s place and aliens here). And it works. To add to it, there’s a natural chemistry between stars John Reynolds and Sunita Mani that keep the film flowing. Without giving too much away, I will say that the film’s third act is a bit of a deterrent and there’s an ending that viewers will either love or hate (or love to hate). That said, I found Save Yourselves! a joy to watch and I can imagine that it’s one I’ll pop in the player again.

The majority of film takes place in upstate New York in and around a lake house. There are plenty of exterior shots of a lake, forest and the like. The indoor shots seem bright and well lit. The 1.85:1 AVC HD image isn’t really ever challenged and brings the usual caveats to the table. Detail is superb, clear and crystal clear with warm, natural flesh tones. Contrast is rock solid and I noticed nothing that would really detract from a great-looking picture. New to Blu-ray films are hard to mess up when it comes to how they look visually.

This is one of the more dialogue-driven films I’ve seen in a while. Despite the moniker of a “science fiction” movie, there’s not going on in some of the surrounds. Yes, they’re active from time to time, but the film just doesn’t give them a lot of reason to make their presence known. Vocals are pure and crisp, what limited action there is the front stage handles with relative ease. This DTS HD Master Audio won’t blow you away, rather it simply gets the job done nicely.

My wife said it best: “That was a cute movie.” And it was. It was, by no means, frightening in any regard. The film’s R rating is a bit hard to understand other than for some language. Aside from that if you’re looking for the anti-Independence Day well then – you’ve found it. Universal’s disc looks and sounds good and it’s got just enough supplements to warrant a purchase for those die hard fans out there.