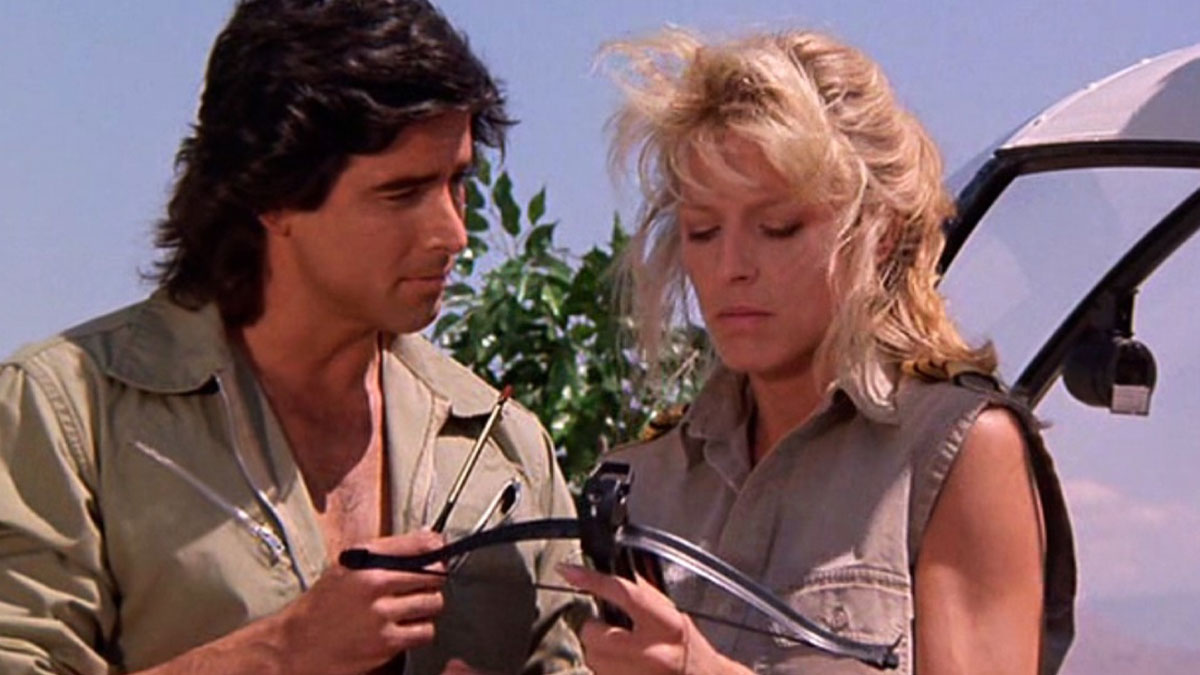 Savage Beach is another Andy Sidaris film making its Blu-Ray debut. I reviewed a couple a while back, but it got in me again to give this one a whirl. I realize that I had gotten my fix, but somehow this one appealed to me. Or at least enough to want to check it out. Andy Sidaris will be more than happy to have this film, in addition to Picasso Trigger, which is also being released in their collection. It’s something I don’t feel the need to revisit, but it’s at least given a proper presentation.

The plot this time around involves two Federal agents, Donna (Dona Speir) and Taryn (Hope Marie Carlton) whose plane crash lands on a deserted island which just might have some hidden gold on it. We see that a Japanese soldier held over from World War II has been guarding the island for decades. Of course there are many who are hungry to find this gold and this creates a problem. A gang of terrorists hopes to find the gold and use it to fund a revolution for their country. Really, the plot is too busy for its own good when all we really want is the mayhem. Savage Beach actually had me for a while during its opening moments when the action was cranked up, in addition to endless nudity that would make Paul Verhoeven proud. Unfortunately the film gets too bogged down in the details and shifts focus to less interesting characters and loses sight of what was working so well in the first place.

I actually don’t mind campy B-Movies of this sort as long as they embrace what works, but somewhere along the way here the fun stops and the film goes through the motions. The plot details could’ve been scaled back and the film might’ve worked better overall. Instead, it’s mostly in fits and starts.

Just like the other films by Sidaris that were recently released, this one was given a 4K restoration. It actually can look quite nice at times. There’s the occasional blemish or so here and there, but the sharpness really has been turned up. Details and colors are strong throughout and clear care has been given. Fans should be pleased. The image is AVC encoded with a 1.85:1 transfer.

We get a DTS 2.0 HD track that works pretty well and keeps us engaged. It could be more robust, but somehow doesn’t feel too restricted. Vocals have the clarity that helps. Overall, this track serves the film well.

Savage Beach had me at first, but lost me as the plot threw too much at us and it just becomes boring after a while. Fans of Andy Sidaris will be pleased with the film coming to Blu-Ray, even if the features are carried over.