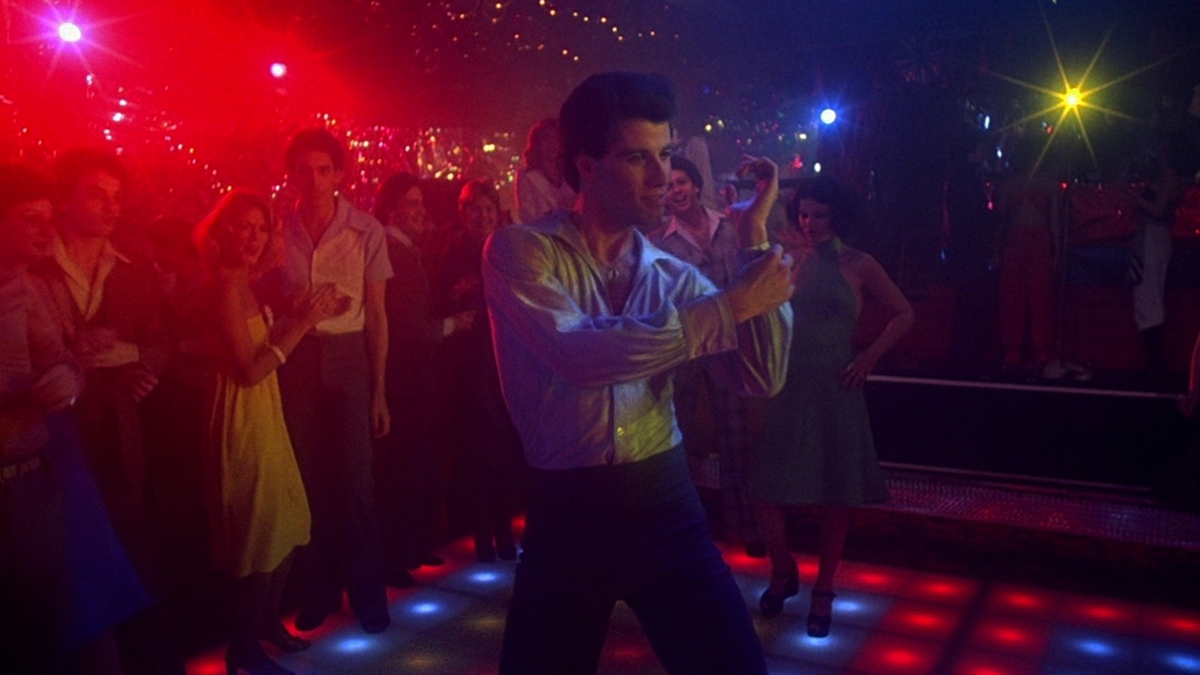 The late 70’s were very good to John Travolta. A young, up and coming actor who had a pretty good thing going on a television show. He had a one-two punch with Saturday Night Fever and Grease the next year, each iconic in its own way – even 40 years later. This cemented his status as a “moviestar” and, in a way, he’s never looked back. Granted, Travolta’s career has had a few misfires (if your name was “the comeback kid” it’d have to), but by and large has managed to make a name for himself. However, it’s these two films that really put him on the map and both are alike, yet very different. Fever, for all its glam and focus on the dancing, really was a lot more dramatic than it let on. While Grease was pure joy, begging you to sing along at the top of your lungs. Each movie was a timestamp on a particular moment in time that’s now immortalized in celluloid. Each inspired a far less successful sequel (one with Travolta, the other without) and each has gone onto become a Broadway stage musical. Not too shabby.

Saturday Night Fever finds its main character, Tony Manero (John Travolta) as a 19 year-old kid who lives in Brooklyn. He’s part of a deeply religious Italian family and works at a paint shop. He can see the writing on the wall and like other working class kids his age he’s “goin’ nowhere, goin’ no place.” Tony spends his free time hanging out with his friends, but it’s on the weekend when he really shines. The Odyssey 2001 is a nightclub where Tony can be king and he and his gang rule. His life changes when he meets Stephanie (Karen Lynn-Gorney), a young dancer that Tony longs for. She represents a life Tony covets and he’s also conflicted: if he sleeps with her, she becomes an object and he’ll lose respect for her. This, of course, is only a knit in the plot of Tony’s life and it’s not until he both literally and figuratively tries to escape across the Brooklyn bridge into Manhattan, that his life will conceivably change.

Saturday Night Fever was the third highest-grossing film of 1977. Yes, third. Lest we forget that George Lucas had a movie called Star Wars and Steven Spielberg had Close Encounters of the Third Kind that same year. As successful as the film was, the soundtrack was the top seller of the year and it wasn’t until Michael Jackson’s Thriller came along 5 years later that this was dethroned. Truthfully, there’s a lot to like about this film and putting aside all the glitz and glamour of the dance floor, there’s a lot more to it than meets the eye. Travlota’s performance is beyond reproach as he embodied Tony like few others could. Oh and yes, he could really dance (it would become a trademark for the actor). Disco might have died with the arrival of the 80’s, but the film shows us what it was like when polyester suits, platform shoes and the dance floor ruled the world.

The film, now forty years old, has seen several incarnations on the home video format. VHS, LaserDisc, DVD and a couple of Blu-ray versions and I’m sure I missed a few in there as well. Director John Badham personally supervised the 4K restoration and it shows. The 1.78:1 AVC HD image is a lot cleaner than previous versions. While some grain still persists, it feels and looks more fluid. Yes, this film does tend to look its age in places. Some of the colors aren’t as bright as they could be, there’s a tad bit of softness in some of the exterior shots, but by and large this is a major improvement over past versions. I’d put this restoration up there with something Criterion might do. It’s a nice-looking version that far outshines its predecessor.

I had to break out my 35th anniversary edition Blu-ray to see if this TrueHD soundtrack was the same one used as there and I was hard-pressed to find any differences. If there were, they escaped my ears. That said, there wasn’t a lot wrong with this soundtrack to begin with. Vocals sound a bit more sharp and crisp, the soundtrack (what this movie is best-known for) positively resonates through all the channels and directional effects are present in some scenes. It’s a good-sounding and immersive enough mix that I did stand up and take notice.

Saturday Night Fever may be a bit too dark for some and too dated for others. But we can’t deny the cultural impact it had on the world of film. Four decades later I think it holds up pretty well. Paramount has finally done this one right with a new 4K restoration and an improved soundtrack. Some new supplements to an already fairly robust package (from the 35th anniversary edition) only sweeten the deal. If this isn’t on your shelf, it should be.