It seems that some of the funniest and better-made movies are those that attack Hollywood. Most of us are out of the loop when it comes to this wonderful town, but we can see that the people working there are so shallow that it makes us sick. Take Felix Farmer (Richard Mulligan), for example. Felix has been the top grossing Director in the studio’s history. Until recently, he had never made a film for the studio that had not made money. However, as his latest effort has become the lowest-grossing film in history, he’s on the verge of insanity. Add to this the fact that his wife (Julie Andrews) is leaving him; he attempts suicide by leaving his car running in the garage. He is saved, though, at the last minute and all of the sudden has an epiphany about his new movie. Instead of a musical, he wants to make it more adult-oriented in nature and feature some nudity (yes, Julie Andrews actually takes her top off in this movie…really). So what do those around him think and will this ever work?

S.O.B. features a star-studded cast that spans decades. From the older members of the cast including William Holden and Shelly Winters to Robert Preston and Julie Andrews. We see how the inner-workings of the movie industry run, not like a well-oiled machine that we might think they’re like. The Director, Producer, Studio Chief and so on, each has their say on what happens and it looks as if the actor is the low man (or woman) on the totem pole! The plot sort of goes in and out and the film seems to concentrate on the overall insanity surrounding the movie business. But, as with all stars (and stars of the time), they go downhill. I don’t know if this is true across the country, but Robert Vaughn is now doing TV commercials for a local law firm. Kind of sad!

The film is somewhat of a slap in the face to Hollywood and it constantly surprises me how many different movies are dedicated to sticking it to Hollywood. Billy Wilder did it in Sunset Boulevard and even the bright-eyed musical Singin’ in the Rain has some negative undertones in it. The cast of the movie makes it work from Mulligan’s somewhat insane antics to Julie Andrews’ bare chest. Robert Preston is probably the one who steals the show as the doctor, but lest we leave out other key members like Loretta Swit, Larry Hagman, Robert Loggia and Rosanna Arquette. While S.O.B. may not be everyone’s cup of tea, it’s interesting and fun to watch. The movie is very dated and has that early 80’s look about it with the lighting and clothes that screams “This film is 40 years old”. Still, I found it enjoyable.

S.O.B. has been given a brand new 2K transfer courtesy of the Warner Archive collection. A majority of the shots are outside and therefore the lack of grain gives the film a very muted look. The indoor shots have the harsh lighting that gives the film it’s dated motif as well, but for the most part it’s a very good transfer. In some scenes, there seemed to be a bit of a problem with the focus as they seemed soft and a bit hard to make out. Still, this is an improvement over the previously-released DVD. Its not perfect by any means, but certainly better-looking than before.

The audio has been “bumped up” from a Dolby Digital 2.0 track to a DTS HD Master Audio 2.0 track. It’s an improvement over the DVD and though a (very) few instances of a hiss can be heard, I felt some of the vocals a bit on the soft side. Put it this way, if you were in the other room and heard this, you could probably place the movie in the late 70’s or early 80’s. But that’s fine. Plenty of the action on screen is dialogue-driven and it’s kind of sad that the film couldn’t sound a bit better. Still, it’s not that bad, but it could most likely sound better.

This is a shining example of “they don’t make ’em like they used to.” That goes for a lot of the films made in the 70’s – it was just a different time and generation. And if you’ve ever had the desire to see what Maria Von Trapp (Julie Andrews) looks like topless, well here’s your chance. Warner continues to do a fine job with their Archive Collection and this is another example as to why. 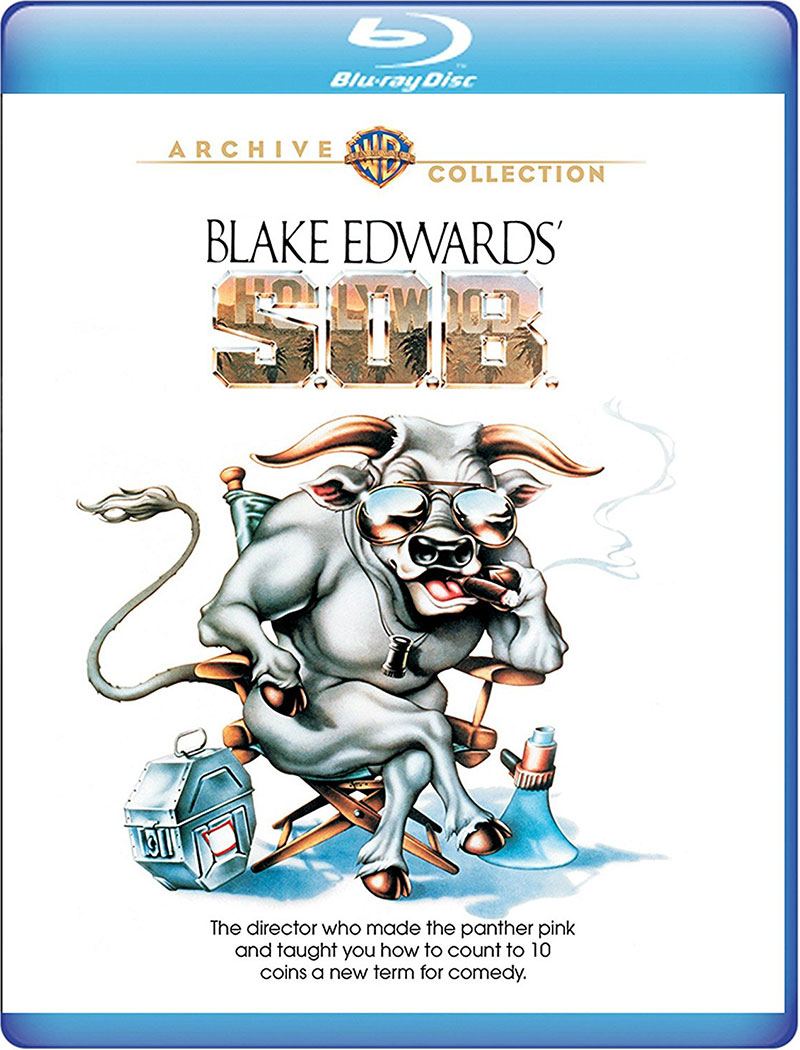