I had never heard of Ruby Gentry before requesting it for review, but the cover art and premise intrigued me enough to give it a look. By the look of it, I figured it’d be rather steamy and risqué with a bit of edge to it. While the title character speaks her mind, and it certainly strong-willed, it was far tamer (even by the 1950’s standards) than I was expecting. Ultimately I feel it warrants a look, though it’s certainly not some overlooked gem. It was a bit less involving than I would have expected, but held my interest just enough. Let’s take a look at what we can expect here.

Ruby Gentry (Jennifer Jones) was not born into money. In fact, as the film lets us know repeatedly, she was born on the wrong side of the tracks. There’s a narration heard that tells us a bit about Ruby and her life growing up. Charles Heston plays Boake Tackman, he was born into wealth. Boake and Ruby have known each other since High School, but she ignored his advances back then. It isn’t till later in their lives that they both start a relationship with each other. Unfortunately for Ruby, Boake plans on marrying another woman. We see that the town has a hard time excepting Ruby as they know of her background and poor upbringing. This makes many social events more than awkward for her and Boake. Ruby ends up marrying Jim Gentry (Karl Malden), her former benefactor who recently lost his wife. I won’t reveal too much of the plot, but something happens that results in Ruby being called a gold-digger. We then follow Ruby as she makes some curious decisions that’ll probably frustrate some viewers.

While I didn’t enjoy Ruby Gentry quite as much as I anticipated, I plan on revisiting the film soon with expectations in check, and to see how it plays on a second viewing. Even writing this review and thinking back over the film, I have strong feelings towards it. If anything, the title character is the most interesting and daring thing about it. All the performances here are strong, especially Jones in the lead. It was a bit slower paced than I would have liked, but the emphasis on character development is key here.

We get a Black & White AVC encoded 1.33:1 transfer here. Taking into account the film’s age, this looked quite good. There were instances of grain and wear at times, but overall, this has been cleaned up quite nicely. Details are strong as well. This is probably the best the film will ever look, but I feel confident with this transfer.

We get a DTS HD track that serves the material nicely. Much like the transfer, this serves the film as well as it should. I think it’s important to remember the source material itself when reviewing a film of this sort. There’s a crisp, clarity to the vocals. Fans should be pleased with the results here.

While not quite what I was expecting, Ruby Gentry kept me with it. If anything, the title character kept me intrigued. I find the film might improve on a second viewing knowing what to expect. I would suggest a rental before anything else. 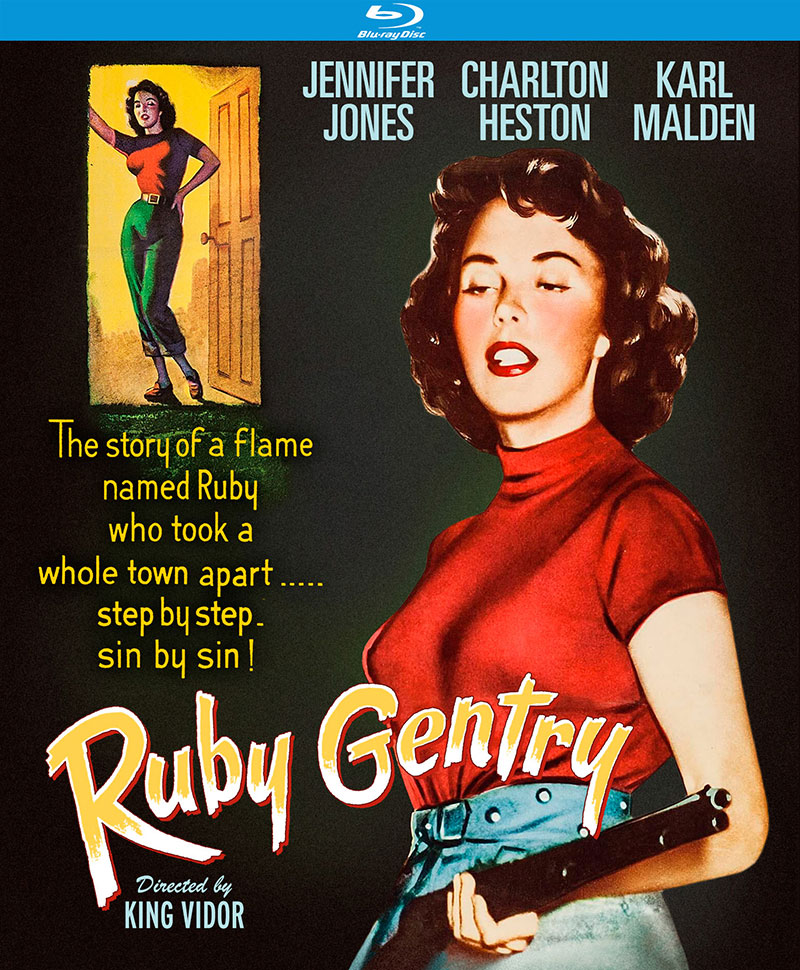