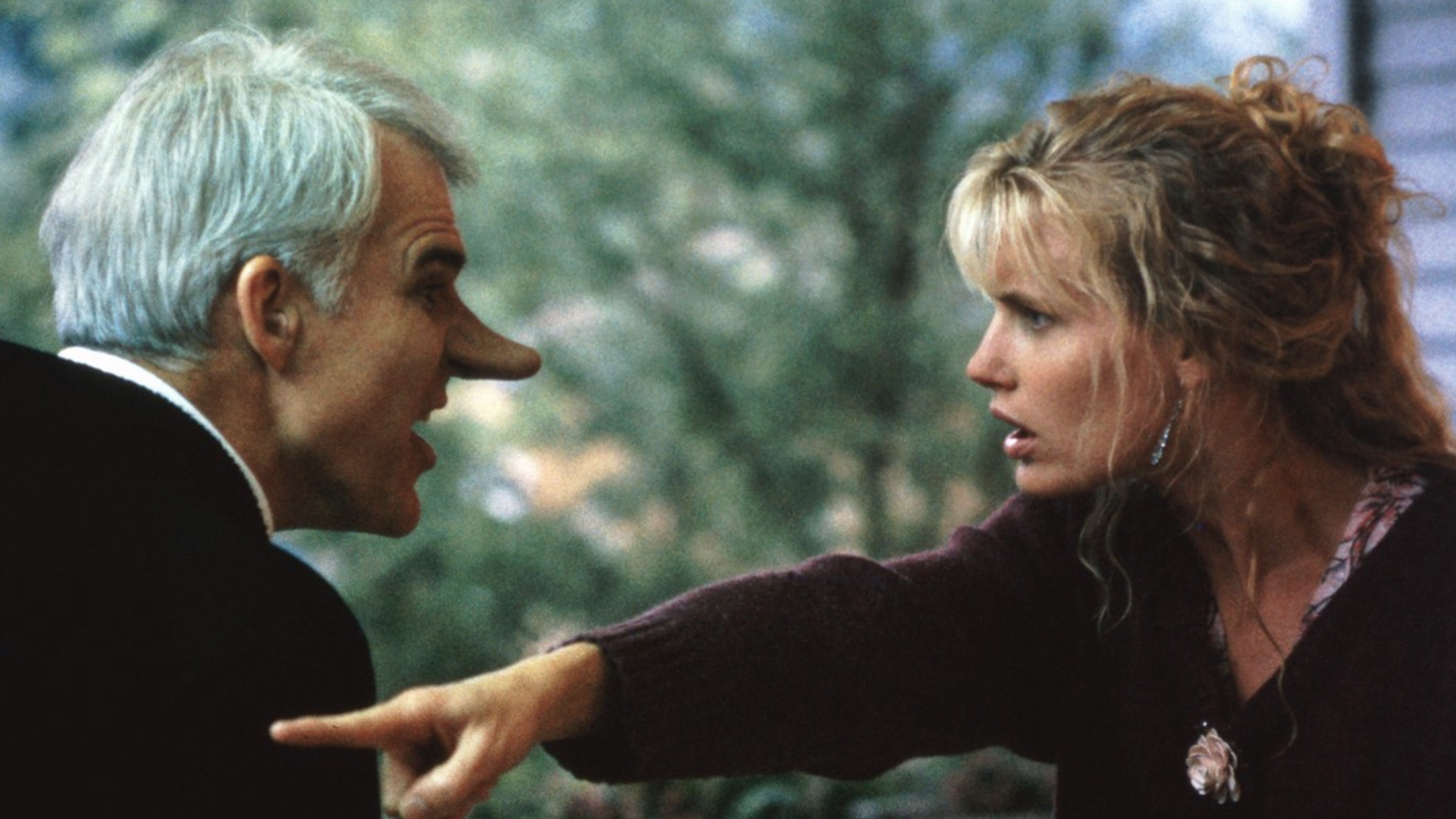 Steve Martin stars as C.D. Bates in Roxanne. A fun and lighthearted movie that might not be Martin’s most remembered film, but is indeed one of the better ones. Bates is a fire chief, but he’s a bit sensitive about one thing: his rather large nose. It’s not just your average big nose, but is quite large and almost immediately noticeable by anyone who meets him. Darryl Hannah plays the title character who is not just C.D.’s love interest, but also the new fireman in town, Chris (Rick Rossovich). The problem is that Chris is a bit rough around the edges and shy sometimes around girls. This is where he enlists C.D.’s help to write a letter to Roxanne. Before long, it’s established that Roxanne love’s Chris for his looks, but the words of C.D., but obviously she thinks it’s Chris who is the author of all the letters he writes for her. C.D. thinks he’s a hopeless case sense he fears Roxanne could never love someone with a nose like his.

It’s been some time since I first viewed Roxanne, but it maintained my interest a second time. I will say that it can drag a bit at times. The pacing slows down a bit in the second half. Still, it’s a film that has its heart in the right place. It’s a bit predictable, but that’s OK here. All three leads create sympathetic and likeable characters. I enjoyed the film’s setting and many of the smaller characters and antics around the fire station. I didn’t laugh out loud a lot, but it left me with a smile on my face most of the time. There were some amusing moments such as when C.D. has a hard time drinking from a glass since his nose is too big. As for our title character, I’ve always enjoyed watching Darryl Hannah as she is easy on the eyes, but always brings a peaceful exterior to her roles. While not my favorite Steve Martin film, it remains an enjoyable experience.

With a 2.35:1 transfer, this is a very passable image. It’s never anything outstanding, but it presents the film in a positive manner. The print showed little flaws and details were solid throughout. The first time I viewed the film was on DVD, so this did mark a noticeable upgrade.

The DTS HD track is fine, but don’t expect the most engaging track. Still, the vocals were better than these films usually are. I didn’t have a problem hearing anything, so that gets a few points in my book. The background channels chime in here and there, but it’s mostly a front loaded affair.

Roxanne is a sweet film filled with good performances. It’s as simple as that. It’s amusing at times, funny and sweet. Some parts drag, but it gets more than enough right. Recommended.