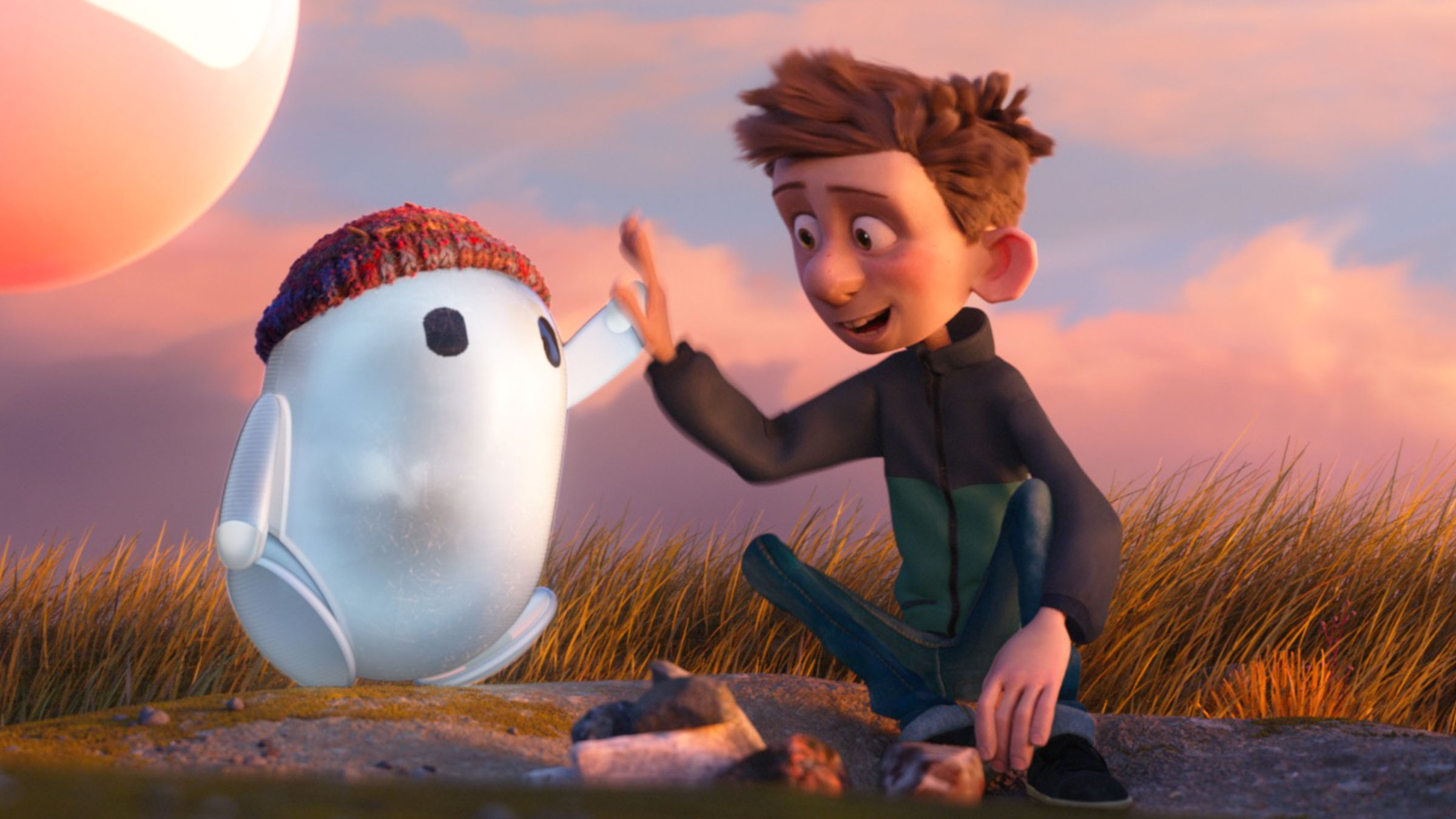 I’ve spoken before when it comes to reviewing that sometimes you have to take some for the team, so to speak. This is especially true of Ron’s Gone Wrong as it doesn’t fall into the usual category of films, I’m interested in. While there are exceptions to this (The Toy Story features for starters, I mostly have outgrown animated fare. Much to my surprise, Ron offers a very pleasant outing and is very reflective of the world we’re living in today, where technology has all but consumed us.

Growing up, I didn’t always follow the latest trends. I really did my own thing much of the time and grew up watching MTV and buying more CD’s than one kid should. Still, I didn’t bother anyone (other than my mother who would often drive me), but there were times when I caved and got hooked on whatever the latest fad was. In the case of this film, there trend is called a B-Bot. Which translates to “best friend out of the box.” That is rather clever, actually and it’s essentially a mobile bubble which adapts quickly to an individual’s likes and interests and what have you. As long as it’s within 6 feet of you, it should be good to go. Unfortunately for our lead character, Barney (Voiced by Jack Dylan Grazer), he is the one kid who doesn’t have one. He lives with his father and his grandmother who, after seeing his disappoint on his face when he doesn’t one for his birthday, decide to get him one. Upon their arrival at the store, the employee shares with them that they must order it online and that there is a wait. They decide to buy one off the books and therein lies the problem. Barney is so happy to get it, however, this Bot is flawed. Right off the bat Barney realizes there’s just something not right about his bot. He hasn’t learned any of Barney’s traits and seems to exhibit little of what makes these bots so special. So, Barney decides to simply return his defective bot, but has a sudden change of heart when he learns that since his Bot was bought illegally that it will be destroyed. Barney makes a daring rescue and he and his bot take off. Since this is now his one true friend, he feels he couldn’t have let him be destroyed.

Zach Galifinakis provides the voice of the bot and the film has fun with its premise, but also has its heart in the right place as well. In this age of technology, we don’t connect on a personal level like we once did. Things never become preachy but are simply presented. This one took me by surprise. I think it didn’t quite find an audience because it’s more understated than most in this genre and it isn’t particularly flashy. The characters can have strange features which is often the case, but otherwise things are relatively straightforward. This is a family film that all ages can enjoy.

With a 2.39:1 ratio, things look pretty darn good here. I said in the main review that this isn’t a particularly flashy film, but that doesn’t mean what is presented isn’t striking. Things are clean looking and the detail is strong as it should be for an animated feature. I can’t speak of the 4K, but this version looks just fine.

Also strong is the DTS 7.1 track. It may be more than is asked for, but however you swing it, this track delivers. I wasn’t crazy about the music in the film, but that’s no fault of the film itself. Like the transfer, this track serves the feature nicely. It can fluctuate at times so having the remote handy might help.

Chalk me up as surprised, but I wasn’t expecting to enjoy this one as much as I did. It doesn’t resonate with me the way that the Toy Story films do, but that’s OK, not everything will. Still, it has a nice, warm story and is something the whole family can enjoy. Check it out.