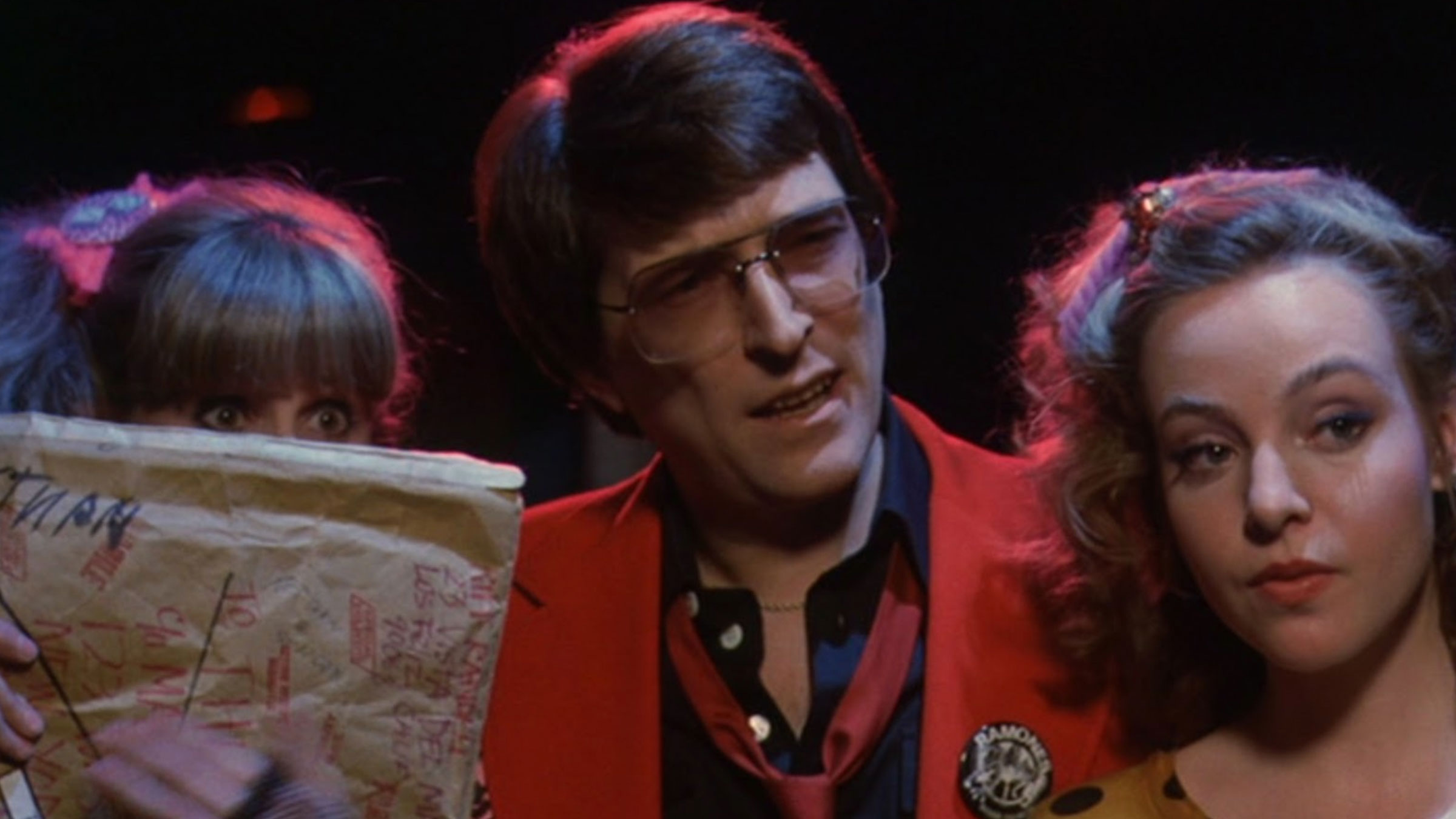 The seminal rock and roll comedy Rock ‘N’ Roll High School has been given a deluxe 40th anniversary steelbook release by Shout!Factory. Shout!Factory has long been a distributor of Roger Corman produced films but last year they became the exclusive distributors of his entire catalogue. This has been a match made in heaven thus far and the last year has seen Shout!Factory release new steelbooks of numerous Corman titles. Fans of the film will be excited to know that every single feature from the 2010 Blu-ray has been ported over along with a new presentation from a 4K scan and an excellent new full-length documentary piece.

At Vince Lombardi High School, a new school administration led by principal Evelyn Togar (Mary Woronov) plans to take back the school from the rock and roll loving teenagers. Togar rules with an iron fist. She detests rock and roll and hopes to change the attitudes of the students with the help of her two hall guards to carry out her orders. Riff Randall (P.J. Soles) is a fan of the music of the Ramones and has no regard for the authority of the school. She dreams of Joey Ramone and pens a song that she hopes to deliver to him. Football quarterback Tom Roberts (Vincent Van Patten) has so much trouble talking to girls that he is still a virgin. He has a crush on Riff, but Riff’s science loving best friend Kate Rambeau (Dey Young) likes Tom. Soon the music of the Ramones will lead to a full-on revolt against Togar and her administration and bring everybody in the school together.

Rock ‘N’ Roll High School is a fun spirited comedy with a lot to enjoy. I remember as a kid that VH1 seemed to play this movie on a weekly basis, so I know that I saw it as a teenager. That said, I had forgotten basically everything about this film aside from the fact that the Ramones are featured in it prominently. Watching the picture now is really interesting. According to one documentary in the special features the Ramones were paid twenty-five thousand – TOTAL. That included the use of thirteen songs in the film. The fact that this little movie could be made for $300,000 and feature songs by Paul McCartney and Wings, Todd Rundgren, the Velvet Underground, Fleetwood Mac, and Alice Cooper is mind-boggling. As a rock and roll movie, it absolutely works. I was nodding my head to the music as the movie went along.

If the movie was just a time capsule of a place and a time and the Ramones, it would work. What has added to the appeal of the film is the absolute dedication to absurdity from the beginning of the film to the explosive finale. The story for the film came from Allan Arkush and Joe Dante. Allan Arkush drew on his experiences of daydreaming as a teenager. The screenplay was written by Joseph McBride. Joseph McBride literally wrote a book on screenwriting and is one of the most prominent film scholars since the beginning of cinema (he also has a small non-speaking role as part of Togar’s administration.) That screenplay was then revised by Russ Dvonch and Richard Whitley, who added in as many absurdist gags as they could per scene. Add in Allan Arkush’s dedication to high energy in every scene, and the film feels very alive, frequently ridiculous, and anarchic. The film, while very PG Rated and pretty clean, has energy that is actually pretty punk rock.

The performances in the film all work. PJ Soles is spunky and upbeat as Riff Randall. She is really good in this role. Vincent Van Patten and Dey Young are both fun as the squares that rock and roll liberate. Mary Woronov is excellent as Evelyn Togar. Fans of Eating Raoul will be thrilled to see her in another film with the great Paul Bartel. She steals the movie from everybody but the Ramones. As for the Ramones, their low-key acting is fun to watch and adds to the tongue-in-cheek nature of the film. The Ramones add so much to the proceedings that I cannot imagine what it would be like with any other band. Also, their songs are just amazing. This film served as the only real document on film of them at their pinnacle. Notable character actors Clint Howard and Dick Miller have great roles in the film. Clint Howard’s character Eaglebauer is a brilliant invention of the script and very funny. Allan Arkush handled the duties of director well, even though it caused him to be hospitalized from dehydration and a nervous breakdown by the end of the film. Cinematographer Dean Cundey did good work with the small budget and amount of time given to him.

Presented in 1.85:1 aspect ratio with an MPEG-4 AVC Encoded image, the 1080p presentation looks nice. The new 4K scan has given the film a great makeover, but it will still look low budget and dated compared to modern films. The film occasionally is a little blurry or grainy, but fans of the film are going to be very pleased with the tender loving care that Shout! has put into this new transfer. It is definitely the best the film has ever looked.

The audio presentation on Rock ‘N’ Roll High School sounds pretty good to my ears. The DTS-HD MA 2.0 stereo track is pretty good and plays so many great songs throughout the course of the film. Dialogue is clear for the most part. There are some audio dropouts, some crackle, and some pops, but I feel like Shout! gave the track their best. I can’t imagine a fan being disappointed.

Rock ‘N’ Roll High School is a unique rock and roll comedy with an absurdist anarchic bent. With a great soundtrack, ridiculous sight gags, and the Ramones, there is a lot to enjoy here. I had a blast watching it. The new steelbook by Shout!Factory features a great looking transfer from a brand new 4K restoration along with a new feature length documentary. The amount of special features and commentary tracks on the disc is pretty incredible. This is definitely the edition that fans have been waiting for!