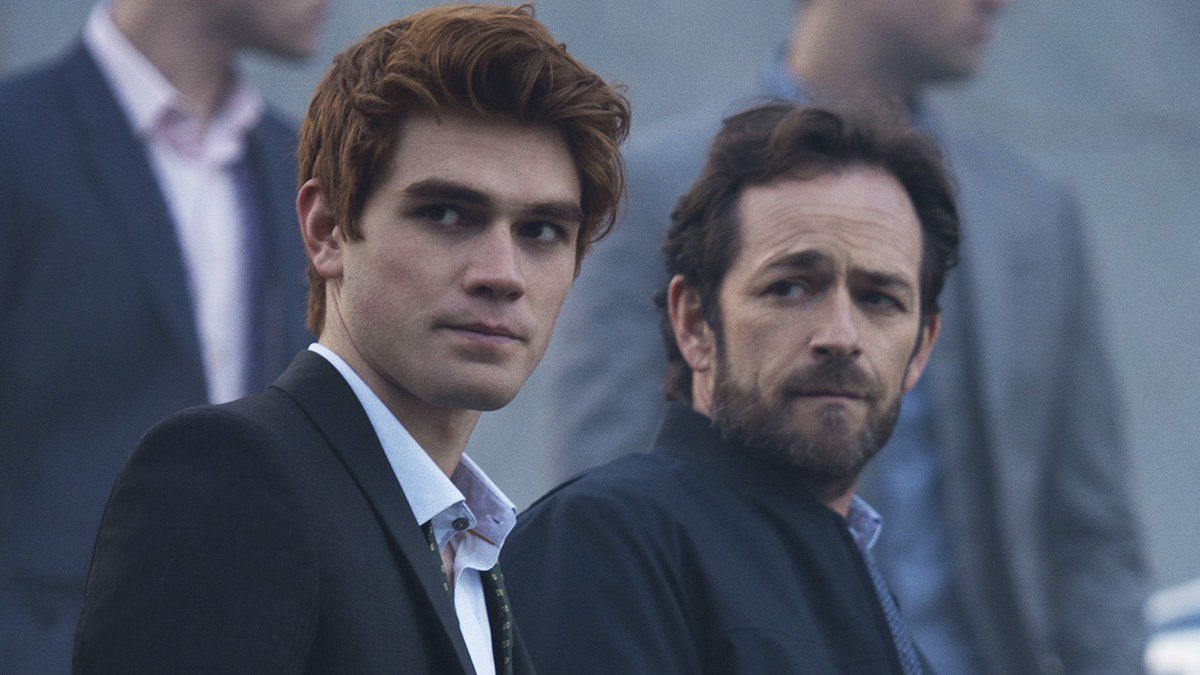 The average household in the United States has 732 channels (providing they have cable) at their disposal. That’s a lot and certainly more than the few dozen that most of us grew up with. I’m constantly amazed at the wealth of television programming and some of the shows that are pushing the boundaries on the small screen. Looking at Netflix or Hulu, there’s never a shortage of a show to binge watch and inspiration seems to come from nearly anywhere. Case in point, I’d heard (in passing) of Riverdale, a television show based on the old Archie comics of the 1940’s and 50’s. But I’m willing to give anything a try and taking a rather peculiar spin on these familiar names (Archie, Jughead, Betty and Veronica) is quite an original idea.

The first season is shrouded in mystery and as a new school year begins, the town is reeling from the tragic death of high school golden boy Jason Blossom. The summer’s events made all-American teen Archie Andrews realize that he wants to pursue a career in music, but his fractured friendship with Jughead Jones (Cole Sprouse), and Josie McCoy’s (Ashleigh Murray) focus on her own band leaves Archie without a mentor. Meanwhile, girl-next-door Betty Cooper (Lili Reinhart) is not ready to reveal her true feelings for Archie (K.J. Apa), and new student, Veronica Lodge (Camila Mendes), has an undeniable spark with Betty’s crush. And then there’s Cheryl Blossom, Riverdale’s queen bee, who stirs up trouble amongst Archie, Betty and Veronica. But is Cheryl hiding something about the mysterious death of her twin brother, Jason? Riverdale may look like a quiet, sleepy town, but there’s so much more to the story.

Suffice it to say, there’s a lot going in in Riverdale and I had to admit that I was intrigued from the get go. Though it’s not mentioned above, Luke Perry (90’s poster boy for Beverly Hills 90210) plays Archie’s father. If you’ve wondered what Mr. Perry has been up to, you’ll now sleep well at night. Kidding aside, this is one of many shows that I truly enjoyed. Yeah, it’s a bit “young” for me, but television and movies are an escape so I tried not to think about it and just enjoyed the ride. Thanks to favorable critical and audience reviews, we’ll see more of Archie and the gang. That’s good.

I would imagine that it took a lot of planning to correctly get the town of Riverdale correct. The only antecedent were the comics and given the general theme and tone of the series, it’s serves its purpose. By and large (granted, individual episodes do vary), the show has a very dark and muted color palette. The 1.78:1 AVC HD image isn’t lacking in detail, color depth or contrast – Archie’s mane of red hair looks so detailed, you could reach out and touch it. The interior and exterior shots are crystal clear. Given that this is a new series and therefore new to Blu-ray, I was duly impressed.

The included DTS HD Master Audio soundtrack has a few moments in which to shine, but the main draw here is the dialogue. And high school kids never spoke in the articulate manner in which these folks do. Then again my high school never had a murder to contend with. That aside, the surrounds chime in from time to time and, yes, there are even a few songs/musical numbers (bear in mind Archie is an aspiring musician) to be heard. Like the video presentation, it’s above average and won’t disappoint the viewer in the least.

There’s got to be something said if you can take a 75 year old comic book and turn it into a dark and mysterious teen drama. That’s been done and done well. While Riverdale might not be for everyone, I was truly immersed in the world and probably won’t wait until the second season hits Blu-ray. The disc looks and sounds great and there are enough supplements that might warrant a purchase.