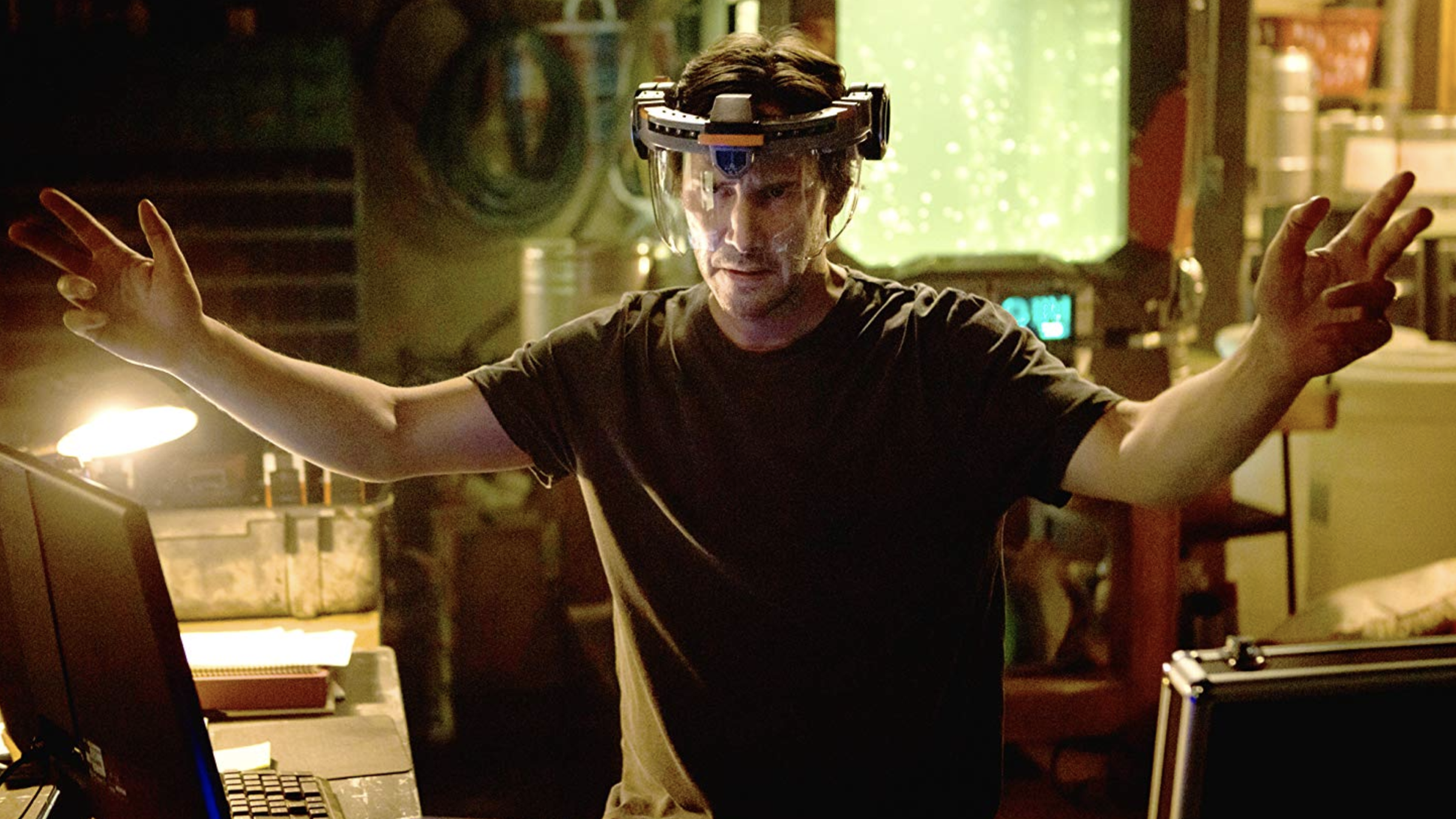 I’ve never considered Keanu Reeves to be the greatest actor. But he’s found his niche and has not only survived, but exceled in Hollywood for three decades. Clearly he’s doing (or has done) something right. With finances not an issue, he can essentially take on any project that he wishes. I don’t know what he was thinking when he was handed the script for Replicas, but, alas…here we are. Reeves’ perpetual “surfer-esque” style of speech has always made it difficult for me to take him seriously as an actor. It’s worked in films like The Matrix, Point Break (the original, of course), John Wick and Speed. With his resurgence in the John Wick films, I have to think that he lost a game of poker to a movie producer and with him in the lead, this is how he pays his debt? Inconceivable? Uh yeah, just wait until we get to the plot of the movie.

Reeves plays Neuroscientist Will Foster. He’s working on a way to transplant the human consciousness and move them into artificial lifeforms. He’s not had much luck, but as fate would have it, he and his picture-perfect family are involved in a car crash. The accident kills his wife (Alice Eve) and three children. Putting grief and any other human emotion aside, he and faithful co-hort Ed (Thomas Middleditch) use this “opportunity” to rebuild Will’s family. The only caveat is that the pods needed to grow the bodies is one short. This puts will in a Sophie’s Choice situation, but one that’s easily rectified by drawing names out of a hat. So long Zoe (Aria Lyric Leabu). And what could have added some much-needed fuel to this plot, nothing really happens. His family is fine (minus the shortage of a daughter he never seems to mourn other than erasing her scribbles off the kitchen island) which all leads up to the eventual conflict of the third act.

Keanu Reeves has brought his laconic performing style from the John Wick films here and it falls flat. To their credit, both Reeves and Eve do the best with what they were given. Their careers won’t be impacted, but it’s also safe to say that this is far and away Reeves’ worst film (and probably Eve’s as well). There are a lot of things that could have gone right with this film and it really could have been a good movie. But it seems to borrow too many ideas from other films like I, Robot or Minority Report. That and I could be mistaken here, but there’s a scene early on where a Terminator-esque type robot moves around. It’s not CGI (and if it is, it’s horrible) but rather stop-motion. Yes, we’re still doing stop-motion in films these days? Evidently. But it serves as a fitting “OMG” moment to the entire film.

Being a new to Blu-ray film, Replicas isn’t nearly as challenged in the technical areas as it is with the story. The 2.39:1 AVC HD image looks the part, showcasing Reeves’ awful haircut along with the run-of-the-mill “tech” area of his workplace. I also have to wonder how his character could have landed a wife that looks like Alice Eve. But we’ll suspend our disbelief just a while longer. Back on point, the transfer does have a nice hue about it. A majority of the action takes place indoors, so bright and bold colors aren’t really a concern. Contrast is strong, detail is on the level and when all is said and done it looks pretty darn good.

Likewise the included DTS HD Master Audio soundtrack has a few moments to shine, namely a helicopter and the car crash scene. Other than that, it’s just dialogue and normally that would be fine, but once you try to comprehend what it is they’re saying it gets old, really fast. Surrounds are used for some additional ambiance and I think I caught the LFE chiming in on a few scenes. Technically speaking, this checks all the boxes, but even the best soundtrack in the world couldn’t save this one.

Watching Replicas is a bit like getting hit in the head with a board. You sit there and wonder what happened and wish you had that 90 minutes of your life back. The film defies logic whenever it can and the main character (Keanu Reeves) is essentially a horrible person. There are no redeeming qualities to this movie whatsoever other than it looks and sounds good. Oh, and there’s a scene of Alice Eve in a sports bra running. But aside from that…