I never got as into the Rambo films as much as many did, but they do have their merits. While I felt fine with 2008’s Rambo being the last entry, the powers that be felt differently. This might not be an epic send off of the character that many were hoping for, but it does get enough right. Strangely I feel that my first viewing of it in theaters was better than viewing it again at home, but it’s at least worth one viewing to see the supposed final entry.

Far removed from his life of war, Rambo: Last Blood begins with John Rambo (Sylvester Stallone) living a quiet life on a ranch in Arizona. He lives with Maria (Adriana Barraza) and her teenage granddaughter Gabrielle (Yvette Monreal). Gabby looks up to John and refers to him as Uncle John. She wishes to meet her biological father, although John and her grandmother strongly advise against it. She assures them she won’t try to contact him, but obviously is lying to them. She does in fact meet her father who gives her a cold reception. Unfortunately, Gabrielle is abducted and sold into sexual slavery. This sends Rambo into revenge mode as he seeks to rescue Gabby from her abductors. I won’t reveal too much more of the plot, but on his quest for revenge, things get violent. This all leads to a climax back at the ranch where it is riddled with boobytraps and explosives.

While the film does have a sense of finality to it and a nicely ambiguous ending, much of the film burns at a slower pace than the previous four installments. For some, this might be a welcome change, but there will be some viewers expecting a more balls-to-the-wall action flick. I found much of it refreshing as it attempts something different even though I can see the flaws with the film. The villains are underwritten and a bit cliché, but they at least pose a strong enough threat. Some of the violence is a bit extreme, but that is nothing new to this series. A heart is literally ripped from a man’s chest and that was a bit much, but this film isn’t for the faint of heart. While not a home run, the film does enough right to end the series on a mostly positive note even though it brings little new to the table.

With a 2.39:1 transfer, we get a generally positive image. Shot wider to really make the most of the surroundings, fans should be more than pleased with the results. I’m sure the 4K disc improves even more, but the standard Blu-Ray disc is nothing to sneer at either. Details are strong and the print has a clean look to it.

The Dolby Atmos track delivers the expected results for such a heavy action flick. The vocals are fine with the clean sound I like, but it’s the action scenes that liven up the affair. There’s a strong range to much of the track that really draws us into this world.

While maybe not a slam dunk, I do feel Last Blood gets just enough right to satisfy fans of the series. It isn’t epic, but it attempts to do something different and offers a fairly entertaining (supposed) final chapter. It might not be as over-the-top as the previous installment, but it still packs enough good action bits. Rent it. 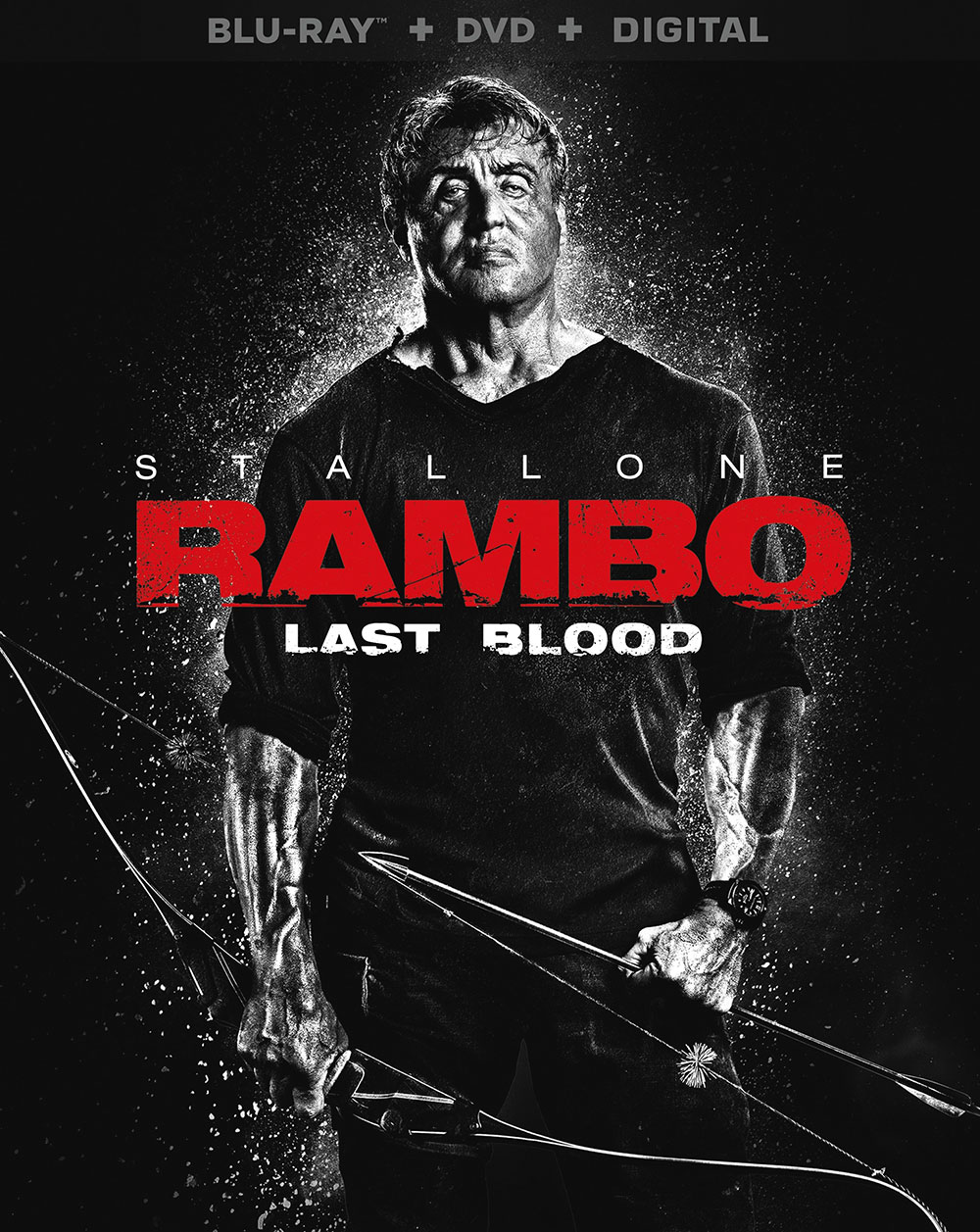