Pump Up the Volume (Blu-ray) 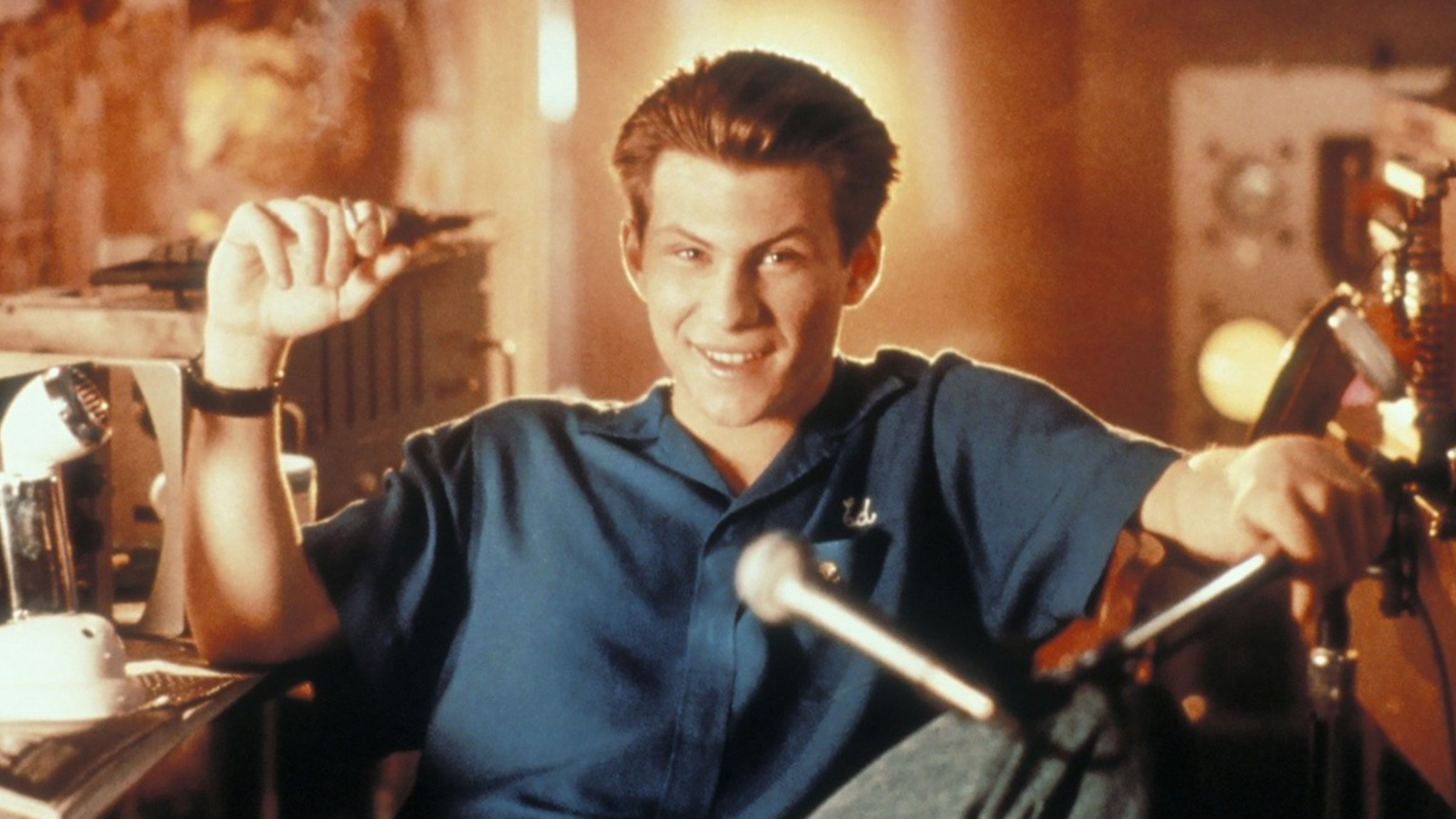 It seems strange to look back at the year 1990 and think “that was over three decades ago.” But it was (as of this writing) it was. The world was a different place and Christian Slater had just made a splash in the previous year’s Heathers. He was now a commodity and it was only the beginning of a decade where he’d really make a name for himself. This was one of only a few roles in which Slater would play someone in high school (at the time of filming he was in his 20’s) before he transitioned to some more adult roles. It might be difficult to believe now, but Christian Slater was once one of the most in-demand stars of the 90’s.

Slater plays Mark Hunter, a meek new kid in school who’s just recently moved to Arizona. His father has given him a shortwave radio so that he can communicate with his friends back on the East Coast (bear in mind this was before the internet/e-mail, etc.) But this brings out a side in Mark that he didn’t know existed. He transforms into “Happy Harry Hard On” a foul-mouthed deejay that speaks to his peers. Nothing is off limits. Harry fields calls ranging from suicide to masturbation, though the real target is his institution. Mark’s school is into some shady behavior with their less-than-stellar students so their test scores are on the up and up. Things go from bad to worse when a student commits suicide. The school and the FCC are now after Mark, but is it too late?

Fans of John Hughes films will no doubt be drawn to this one. It’s got a very Breakfast Club vibe to it and it shows. Filmmaker Allan Moyle and John Hughes shared a lot in common in that they could both speak to the teens of their day through their films. As for Slater, this and Heathers are probably his best two performances. That’s not to say his talent deteriorated, but with some of his later work it became much too commercial. This is also the first of a trio of pairings with he and co-star Samantha Mathis (the two were dating during filming). This, like other notable teen films (Rebel Without a Cause, Grease, Say Anything) this one will always have a place in this movie-lover’s must watch list.

It’s been a while since I sat down and watched this one, so anything having to do with the way this looks and/or sounds will not be fresh in my mind. That said, I really didn’t need a recent viewing to see that this one has benefitted from Warner Archive’s TLC. The wardrobes of the late 80’s/early 90’s were colorful, so colorful in fact that I’d forgotten how bland we seem to dress these days. Detail has been improved, colors have a lot more pop and the film doesn’t feel nearly as dated as it’s 1990 release date. There’s a more film-like sheen to it. Warner Archive is up there with Arrow and Criterion when it comes to some of their re-masters and it shows.

With a title like “Pump Up the Volume” I’d say that this should deliver in the audio department. If not, I’d call that a pretty blatant case of false advertising, no? Kidding aside, this new DTS HD Master Audio mix does do what the film’s title says – it rocks. Vocals seem to be richer and more pure, surrounds are used a lot more than I seem to remember and there are even a few scenes in which the LFE make their presence known. It’s a good mix and a good re-mastered mix, that’s sure to please.

Fans of John Hughes’ films will no doubt be drawn to this one as it explores many of the same issues. Christian Slater’s performance is second to none and though the film seems a bit dated, the message is clearly timeless. Warner Archive’s new disc ups the ante with vastly improved audio and video though the lack of any real supplements is a bit of a bummer. Nevertheless – it’s recommended.