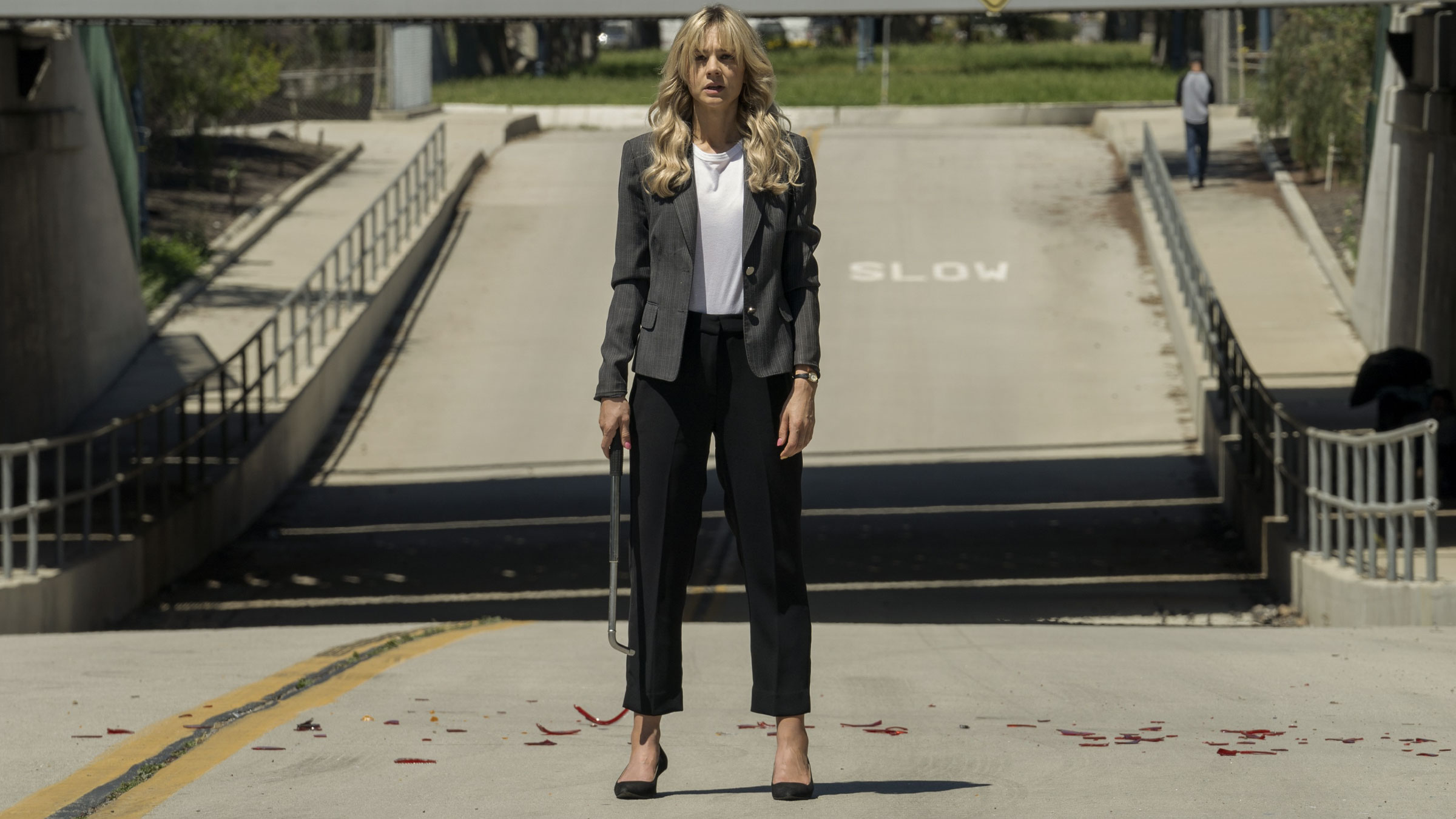 Films about revenge are often the most satisfying to watch. It’s human nature to want to enact some sort of “quid pro quo” on someone or some thing that has had some sort of wrongdoing. Let’s face it, anyone reading this knows that we’ve had some sort of injustice enacted upon us; most likely on a daily or even weekly basis. Granted, it’s not what a few of the characters go through in this film, but we sympathize nonetheless. Writer/Director Emerald Fennell has given us a story that picks up on the #MeToo movement, though it’s not topical – it’s a story that’s happened time and again. The difference being that the main character does something about it. We circle back to the opening sentence of this review: films about revenge are often the most satisfying to watch. Here’s why…

Cassie (Carey Mulligan) once had high hopes for her life. She was a student in medical school, but after a friend of hers is raped and the system fails her, Cassie’s life takes a different direction. She now works at a coffee shop where, every weekend, she gets vamped up and pretends to get drunk at a bar waiting for whatever random dude tries to pick her up. Just when (insert random dude’s name here) thinks he’s about to score, she reveals her sobriety and then subsequently calls them out them trying to take advantage of her. The men are shaken. Cassie starts dating Ryan (Bo Burnham), a decent guy who treats her with respect. He reveals to her that an old classmate is about to get married and, as fate would have it, it’s the same man who was responsible for raping her best friend which consequently led to her suicide. Cassie goes through a list of folks to get even with the man who started this cycle starting with Madison (Alison Brie), a friend, the school deal (Connie Britton) and finally the lawyer (Alfred Molina) who convinced her friend to drop the case.

There’s something very satisfying about watching movies like this and I won’t repeat myself again. I’m reminded of some other films of this genre like Blue Ruin. Heck, even The Princess Bride might take the cake as one of the best out there. It’s human nature to look the other way, pretend things don’t exist and simply move on. That’s not what this is about. Writer/Director Emerald Fennell has taken something that’s seemingly so commonplace and turned it on its head. The result is one of the better films I’ve seen in quite some time and is easily the best work of Carey Mulligan. She’s terrific. This might not be for everyone, but it shows some of the injustice that’s still prevalent in our system. And that’s disturbing.

Oftentimes I find myself at a loss for words when it comes to any studio’s release of a new-to-the-format title on Blu-ray. I really do think we’ve reached a point where, to the average person, we’ll say “how can it look much better than this?” And while Promising Young Woman looks good, it doesn’t quite meet the expectations that I just mentioned. Oh, it’s good-looking for sure, but I found some of the darker scenes that had a little “movement” in them. While nothing too terribly distracting, I think the best comparison I can make is that it’s like watching this over the air versus on disc.  Did that make sense? Most likely not. Still, all the usual technical merits are in place: detail is great, colors abound and save the few spots where I was a bit let down – the picture has an overall sheen to it.

There are a handful of scenes that take place in a club and, as such, the included DTS HD Master Audio mix really has a chance to flex its muscle. Bass kicks in, the surrounds get in on the action and it creates an immersive experience. The rest of the film is rather standard, however, in that it’s mainly dialogue-driven with rich, crisp vocals that stand out. The front stage is particularly active, though later on we are treated to a scene that gives us (and the character) what we’ve been waiting for. All in all, a fine effort.

2020 was an interesting year for movies and Promising Young Woman was one of the standouts. It’s not for everyone, but for those who love revenge thrillers (with an edge), this one checks all the boxes. Universal’s Blu-ray delivers a good picture, dynamic audio and has just enough supplements to warrant a purchase.