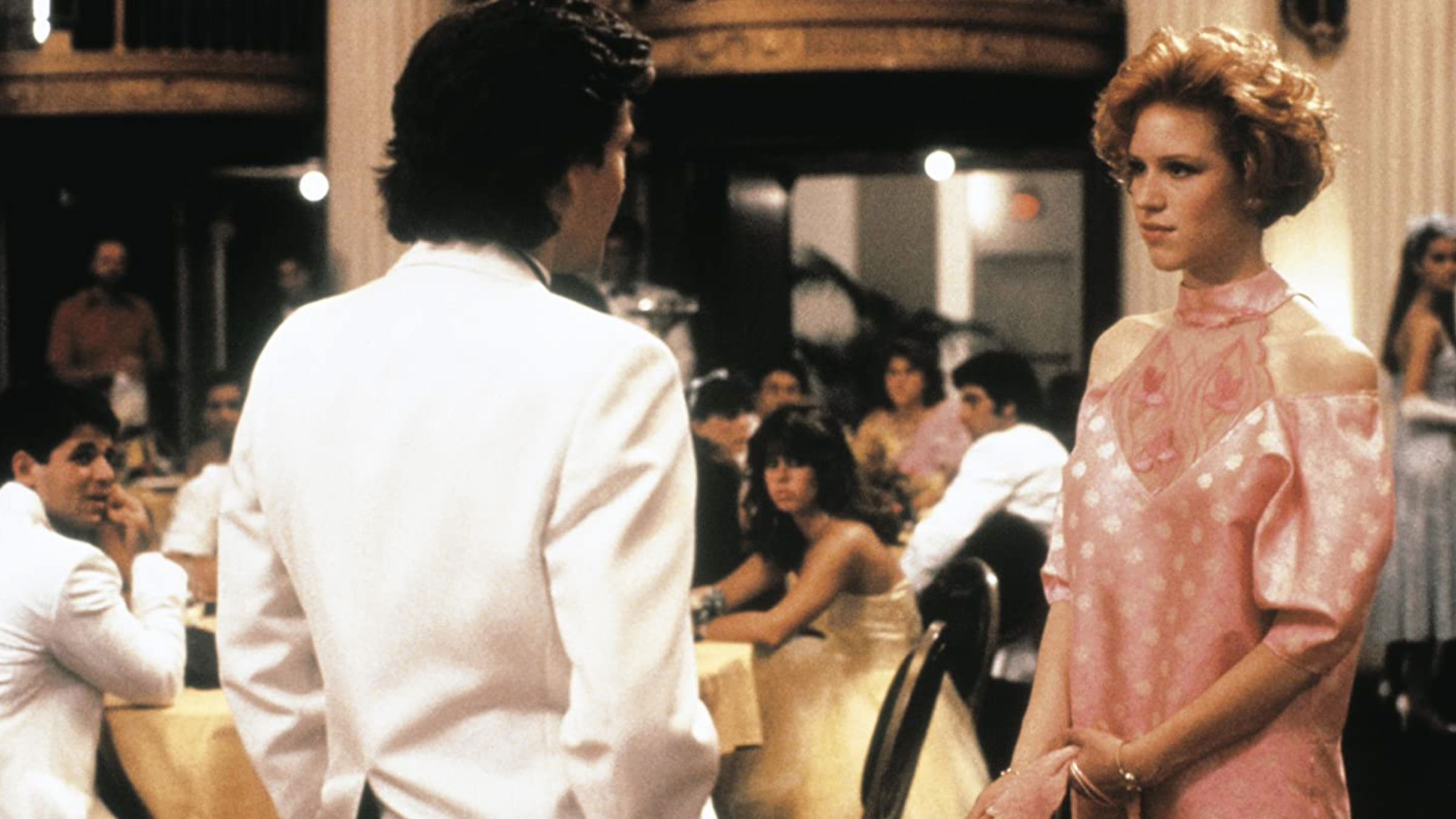 If it took place in the 80’s and somewhere around the Chicago area, you can bet that John Hughes’ name isn’t far from the credits. No one man has better defined the “me” decade than the films of John Hughes. The characters change, and some of the actors do; but the most nestled down movie that I think is at the heart of them is The Breakfast Club. Combining the talents of Judd Nelson, Anthony Michael Hall, Ally Sheedy, Emilio Estevez and Molly Ringwald this movie seems to be at the core of Hughes’ films. Anthony Michael Hall and Ringwald would be the most used of these actors. Hall appeared in Sixteen Candles, The Breakfast Club and Weird Science (my personal favorite of Hughes’ films) while Ringwald would appear in The Breakfast Club and Sixteen Candles. Pretty in Pink, though written by Hughes, was directed by Howard Deutch. That said, teen angst, be it in the 50’s in Rebel Without a Cause form, the 60’s in The Graduate form or the 70’s in American Graffiti form, doesn’t really ever change. Just the clothes.

Andie Walsh (Molly Ringwald) lives at home with her father (Harry Dean Stanton) who is looking for a job. Having been abandoned by her mother years earlier, it’s clear that she’s not returning. Andie is ashamed of her financial situation and the rich kids at her high school make no secret about making fun of her for this. She’s an achiever, though, and dreams of getting out and making something of herself. She’s also a surrogate parent to her own father. Andie works at a trendy record store, owned by Iona (Annie Potts) her boss and friend. Duckie (Jon Cryer) is Andie’s lifelong friend who is rustling with feelings of love for her, but unfortunately for him, he expresses it in less than flattering terms. We meet Blane McDonough (Andrew McCarthy), someone with money and the two begin to date. Blane’s friend, Steff (James Spader), has tried to go out with Andie if only to have sex with her, but Andie has turned him down on several occasions. The tension builds when Blane’s genuine affection for Andie and Andie’s fascination with money start to get in the way of their mutual happiness.

Pretty in Pink is one of the movies that defined the 80’s, along with most all of Hughes’s other movies. Admittedly, I had never seen the film until it’s release on DVD and though it’s very dated, I found it entertaining. The film was tailor-made for Ringwald who even had a say in the casting. Hughes had originally wanted Ringwald to appear in Some Kind of Wonderful, which came out the next year, but she declined. This effectively ended the working relationship between Ringwald and Hughes. But this serves as a timestamp and a nice fitting end to two names that epitomized the Reagan-era.

A 1.85:1 HD image graces this new Blu-ray and the quality is improved due to the new 4K scan of the original negative. I’ve only seen the film a couple of times, so I don’t have a lot to go on, but it’s an improvement over the previously-released version, for sure. Grain has all but been eliminated, there is increased detail and texture and colors seem a bit more vivid. The film’s contrast seems a bit off a few times, though. I realize that movies were shot differently when this came out, so I gave the movie the benefit of the doubt. Nevertheless, those wanting the film to look its absolute best need not wait any longer.

A new DTS HD Master Audio 5.1 mix can be found and though it is improved, I found it a bit lacking. Then again, this is a teen romantic comedy from the 80’s, so it’s not supposed to test the limits of your system. Vocals seem sharp and crisp, though a few times they sounded a bit clipped. Surrounds are used very sparingly, only offering up the tiniest bit of ambiance in some wider shots. As with most films of this genre, there are some pretty decent 80’s songs in the mix. It’s an improvement over the Dolby Digital 5.1 mix found on the previous version, but nothing outstanding.

When it comes to 80’s films and Molly Ringwald, there are a trio of choices: The Breakfast Club, Sixteen Candles or Pretty in Pink. Everyone, no doubt, has their personal favorite. The film has gotten a facelift thanks to a new scan and a new audio track with a few new bonus features thrown in. Is it time to put that “Everything’s Duckie” edition out to pasture? Yes. Yes it is.