Postcards from the Edge (Blu-ray) 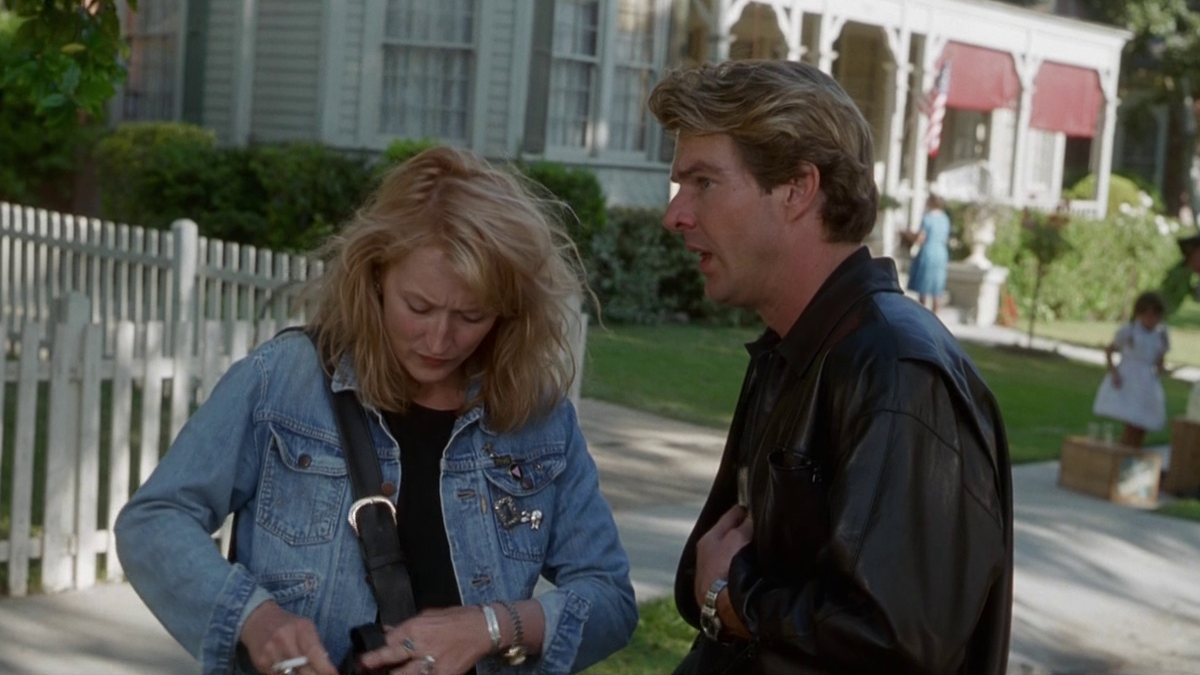 With the recent passing of Carrie Fisher, Postcards from the Edge feels a bit more relevant today. There might even be some newcomers checking out the film for that very reason. While she doesn’t star in the film, she wrote the book and the screenplay. It’s based on Fisher’s own battles with fame and addiction and with her mother, Debbie Reynolds who passed away shortly after her own daughter. Truth be told, I had never heard of the film until more recently. I’m sure I passed over it at a video store back in the day, but it doesn’t ring a bell. Anyhow, it makes its Blu-Ray debut and includes a nice audio commentary track from Fisher from years back. The film stars Meryl Streep and Shirley Maclaine and while it was interesting to see, it ultimately did very little for me. Regardless, let’s dive in, shall we?

Streep plays Suzanne Vale. She’s an actress who isn’t quite the star she once was and is known to be troubling on set. We see her early in the film waking up in the hospital. She had her stomach pumped and had sex with a man played by Dennis Quaid that she doesn’t know very well. Her mother, Doris Mann (Maclaine) steps in and assists her daughter, despite the reservations. The studio puts pressure on Suzanne to finish the current picture she’s working on while living with her mother so that she’s under a watchful eye. This is more or less the plot, but it’s riddled with clichés. I will say that for someone that has never suffered with any form of addiction, I couldn’t relate to the film on that level. That isn’t to say that only addicts will, but there was little here that held my interest. If anything, the film became something of a chore to sit through. There’s just more melodrama here than I would’ve liked. There are some amusing bits here and there, but not enough to redeem the film. Gene Hackman has a small role as the director of the movie Suzanne stars in, but his role is somewhat wasted. The film has the talent to be successful, but left me unfulfilled.

We get a decent AVC encoded 1.85:1 transfer that leaves a bit to be desired, much like the film itself. There are some nice moments, but also some troubling areas as well. There’s grain and more than a little softness at times. It isn’t a horrible transfer by any means, but fans of the film shouldn’t be overly excited as the results are subpar at best.

We get a 2.0 track that’s about as expected. Dialogue and clarity are fine and it doesn’t feel lacking in any major way. It’s not the best track by any means, but it serves the film about as well as it should. The results are certainly better than the video quality.

I didn’t quite know what to expect going into Postcards, but it’s nothing I’ll ever return to. Carrie Fisher’s death was shocking, but this film isn’t the best showcase of her talent. The Blu-ray also leaves a lot to be desired. Only already established fans should check this out. All others should skip it.