Duty calls. Those are the two words I thought of when a review was needed for Playing with Fire. The cast, led by John Cena in a children’s film set in a fire house. We don’t get as many live action family films like we once did, save for maybe one that Disney would remake. The good news is the film isn’t awful and should please the intended audience.

Cena plays Jake Carson, he doesn’t consider himself a firefighter, instead he prefers the term “smoke jumper.” Call it what you will, you get the idea what he does. There’s a fire and Carson and his team rescue three children from a cabin. They are to stay with Carson and his team until they can contact the kid’s parents. This leads to a lot of silly antics around the firehouse for the remainder of the film until the parents come get their kids. We get some fun supporting work here from Keegan-Michael Key and John Leguizamo as Carson’s crew. Some of the stuff gets a bit silly, but these guys are obviously having a good time. And you know what? I did after a while. Sort of. As mentioned, I am not the intended audience for this film, but it kept me moderately entertained during its brief running time.

While I’m unsure John Cena will ever be my favorite actor, he does ok here. Sometimes he can seem a bit stiff and awkward, but he grew on me as the film progressed. While the film doesn’t aim high in its ambitions, that’s not always a bad thing as it knows not to take itself too seriously. In many ways this would’ve been right at home in the 90’s when films of this sort were a dime a dozen. I might not jump to watch it over and over, but it worked well for this viewing.

We get a solid 1.85: AVC encoded transfer that, while not 4K, still looks quite amazing. I would’ve sworn I was watching a 4K disc if I didn’t know any better. There’s a clean look to the film and the image shows strong details and sharp colors throughout.

Also strong is the film’s DTS HD track. This is certainly a busy film and there’s always something to keep the track working overtime. Vocals are clean sounding and little details add to the track as well. We get various sounds and nice touches that bring us into this world. Fans should be impressed with the results here.

I am not the target audience, but Playing with Fire was a decent way to kill some time. It’s a bit refreshing too since we don’t see as many live action family films these days. The cast is certainly having a good time and help elevate the material. It’s worth a rental. 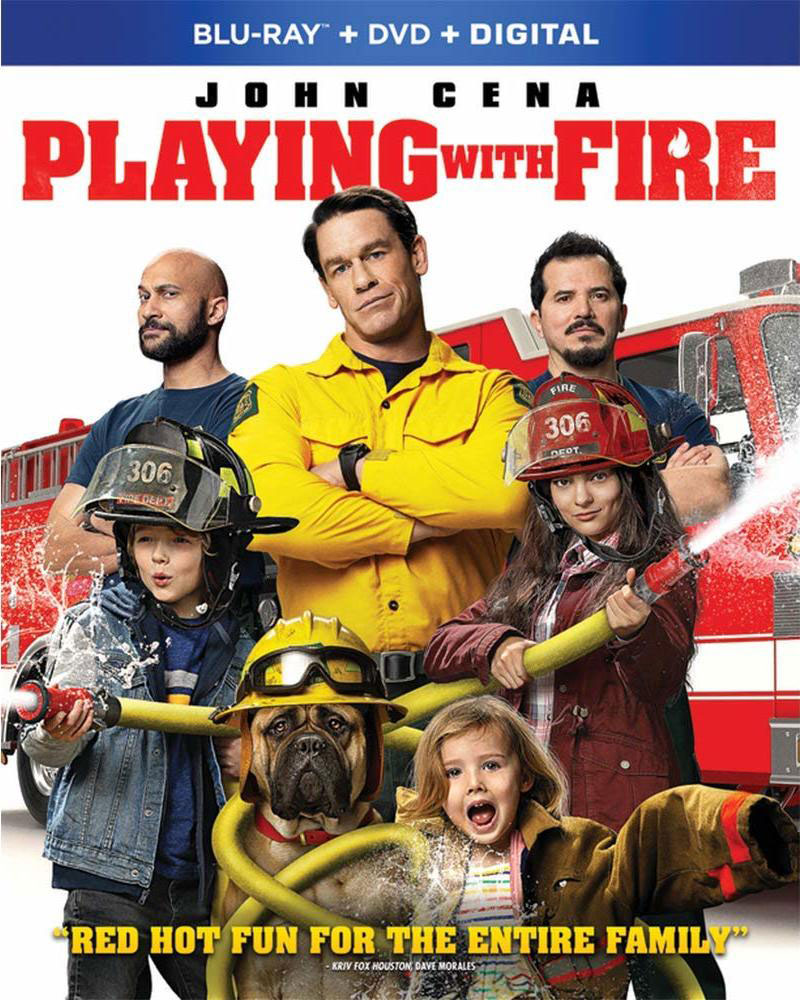