Play Misty for Me (Blu-ray) 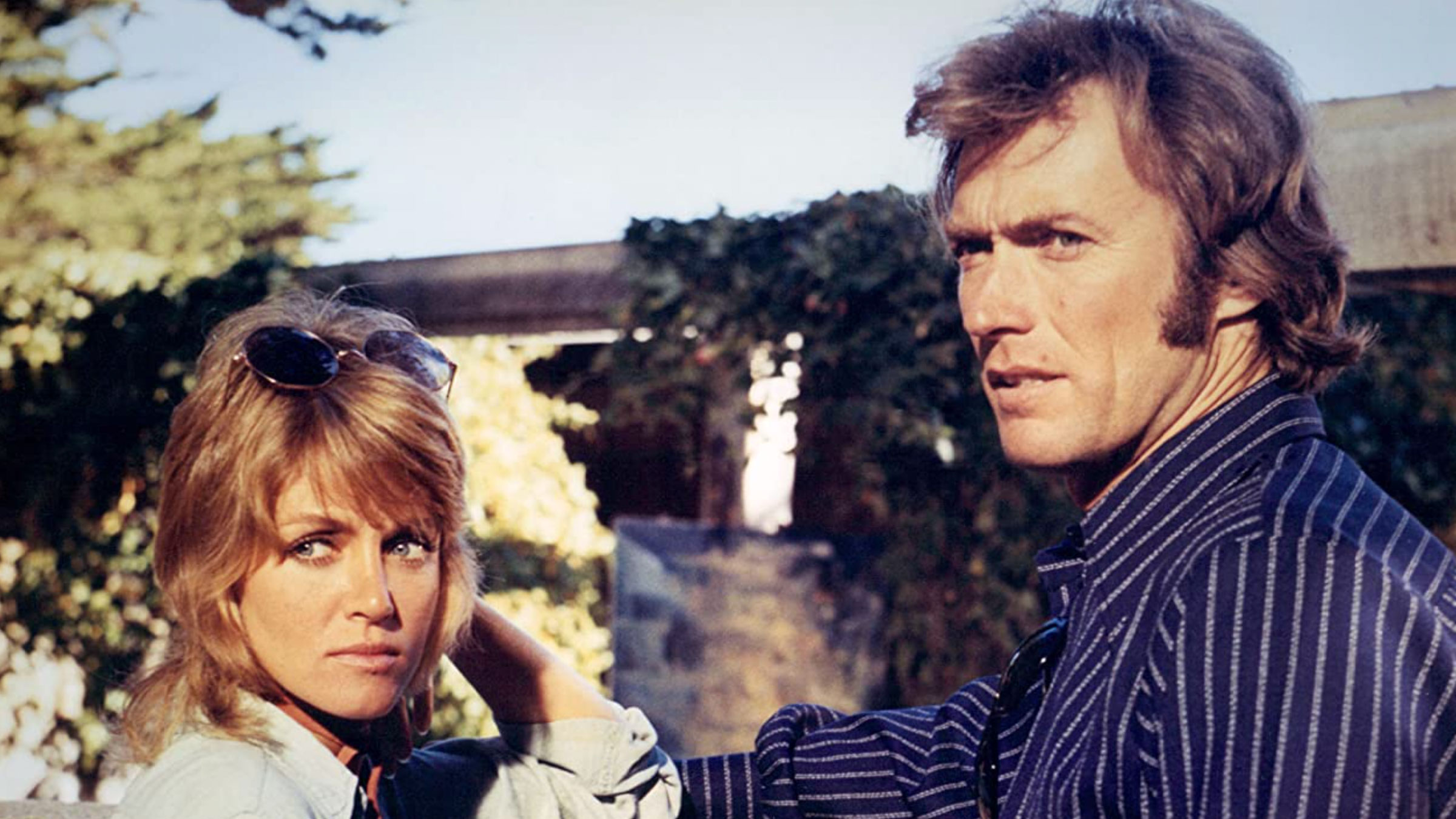 After many years of being the Man with No Name (he had a few) in Sergio Leone’s Dollars trilogy, Clint Eastwood came off singing his heart out painting his wagon and was looking to broaden his horizons as a filmmaker. What he got was some nice advice from Don Siegel and an opportunity to direct a feature at Universal. The only catch is that he had to star in the piece as well. The film tells a suspense tale of a man, some women and a song with the four word Casey Kasem-esque long distance dedication, Play Misty For Me.

Dave Garver (Clint Eastwood) is a late-night California DJ with a little verse and a pleasant set of jazzy favorites. One of his daily requests comes from a mysterious caller requesting the song “Misty”. It just so happens one night that this caller, Evelyn Draper (Jessica Walter) decides to introduce herself at one of Dave’s favorite nightspots. They talk and things go well but as time goes by, Evelyn starts to become obsessive with Dave and things slowly but surely start to turn deadly, especially when Dave’s long distance girlfriend (Donna Mills) comes back into the picture.

For a first movie by any filmmaker, Play Misty for Me is a decent read on paper and can make for an average first time affair, but through the eyes of Clint Eastwood it turns out to be one of the most impressive debuts. His scenic shots of California in the opening credits are a thing of beauty and leaves some room for some nice silhouette shots later in the film. He also does a good job creating a three-way situation between the women and Dave is done with some ease and comes boiling slowly but in that time. The film deals with obsession in a way that any man can be fearful of even when possessive minds come into the picture.

Clint does a fine job as Dave, a happily single man who enjoys his work and is up for anything when it comes to a beautiful lady, but things do complicate themselves when he wants to end one to restart another from the past. His struggle results in a bit of Murphy’s law in his personal life.

Jessica Walter gives a powerful performance as the desperate, lonely Evelyn who will do anything to win the heart of Dave even if it means turning to violent measures with her competition. She starts out nice and loving but turns out slowly but surely to be blinded by a love that worn out it’s welcome sooner than expected.

Also worth noting is the appearance of Eastwood film director Don Siegel in a small cameo as the bartender friend of Dave’s that’s always up for a round of Cry Bastion.

At one point, the film comes to a screeching halt and the audience is given time to breathe, but once it gets going again, it gets going in a chilling suspenseful way thanks to the tight editing of the second half, the use of music and the satisfying climax. This film has spawned off many knockoffs in the past years, but in the end there is always one original and Play Misty for Me still plays well after all those years.

It’s been a while, a long while, since I’ve seen this movie. In the time since I’ve actually been to Carmel, California and let me tell you – this is one of the most beautiful places on the face of the planet. If you haven’t been – go. My personal history with the filming location aside, I have to say that Kino has done a pretty good job with this title. Granted, it’s half a century old, but the new 2K restoration has given the movie a more filmlike, sleek look and feel. Contrast, to me, seems a bit dodgy, but that might be how the movie was shot. They did it differently then, you know? Detail seems much improved as well. There are a lot of darker sequences in the movie and I found that there was very little, if hardly any, artifacting. It’s not the best I’ve seen a film of this age look, but it’s much improved over what it was. Kudos to Kino for that.

Unfortunately, there’s not a whole lot that can be done with the sound. We get a DTS HD Master Audio 2.0 mix that has a few moments, but is essentially a mono track. Still, the results are good providing a strong track full of music and effects. They range fairly well throughout the back channels but the majority of the track comes from the middle and despite the track’s age and a fair amount of seventies muteness, there is a audible charge of a scream in the track that comes out sharper than expected.

Most, if not all, of the supplements from the previously-released Universal DVD seemed to have made the jump to this Blu-ray. And some new features have been added. Let’s explore.

Play Misty for Me serves as Clint Eastwood’s directorial debut (and as of this writing, he’s directed over 40). Impressive. The movie might seem a bit tame by today’s standards, but in its day it was pretty controversial. Think of it as Fatal Attraction made a decade and a half earlier. Kino’s restoration of the title demand some positive comments and the addition of a few new supplemental features only sweeten the deal. Fans of Eastwood need to pick this one up.