If you told me that I would like a film like Pitch Perfect as much as I did, then I’d probably think you’re crazy. Well I think I’m the crazy one. There are many nice things I can say about this film, but the best adjective I can give this film is fun. It’s just a fun, infectious film. My first hesitation was in thinking that this would be some sort of Glee type spin-off film. It truth, it’s anything but that. Ana Kendrick stars as Beca Mitchell. She is starting college, but her real interest is in producing music. She eventually reaches an agreement with her father. If she puts forth an effort to enjoy her first year of college and join a club, he will pay for her to move to Los Angles. After a fellow student discovers her singing skills in the shower, she persuades Beca to join the Capella group. Beca is only one of the many great characters has to offer. Think of Beca as the glue that holds everyone together. Rebel Wilson plays Fat Amy and she shines here as well. Aubrey (Anna Camp) and Chloe (Brittany Snow) are the leaders of the group. I liked that all the characters are given something to do. There isn’t a character that’s short-changed here. There are a lot of fun early scenes showing the characters audition for the group. All of this leads to the inevitable sing-off competition. Along the way there’s a road trip, members getting kicked off the team, dance off competitions and even a shout out to The Breakfast Club

My least favorite film genre is musicals, but the music here is actually good and catchy. I found myself singing along with most of the songs here. Some of the song renditions here include hits by Salt n Pepa, Madonna, Pat Benetar, Boys II Men and Blackstreet to name a few. It would be easy to criticize Pitch Perfect for being more than a little cliched. After all, it follows a pretty familiar path. We get the underdogs who must overcome the odds, the rebellious girl with something to prove. We even have the leader of the group having a falling out with the other teammates as well. Oh, and there’s also Jesse (Skylar Astin) who develops a crush on Beca. All these things are forgiven because the film is just so likeable. The films PG-13 and pushes it further at times. I wonder if it had gone for an R rating would it be even funnier than what we have here. We may never know, but the film is still great and very worth watching. It has wit to spare. I was also surprised by just how funny the film is. I wasn’t expecting much from it, but it exceeded even my lowest expectations. Sometimes self reverential films can come off as smug, but that’s not the case here. The pacing is brisk and the tone is always light and fun. Part of what makes this film work so well is that it never takes itself too seriously. I can forgive any film for following a formula (like this film does) if it’s fun. The film did reasonably well in theaters and from my understanding a sequel is in the works. If it’s even a third of as much as this film then it will be great. I can hardly wait.

This is certainly a flashy and colorful film and this transfer doesn’t disappoint. This is a 1.85:1 AVC encoded transfer. Colors are warm and vivid. The black levels are deep and strong too. Details are strong on all the actor’s faces as well. Universal has done a first rate job here. The print used is crystal clear, no defects or print flaws of any kind. This is an excellent transfer.

The DTS HD track is also first rate. One shouldn’t expect anything less from a film of this sort. Everything comes across strong and clear, but the front channels handle a lot of the baggage too. The dialogue comes out nice and clear. I had no issues with anything on that end. This track can be quite exhilarating when it needs to. There’s a nice bass to a lot of the music as well.

We begin with two audio commentary tracks with the cast and crew. The cast and crew are obviously having a lot of fun here. We get some useful notes spread across these two tracks. We learn about scenes that had to be trimmed down, a few on-set stories as well as other tidbits. They often resort to narrating what’s happening on screen. We get a ton of cut footage here. There are 12 deleted/extended scenes totaling about 16 minutes. We also get several additional alternate scenes and alternate takes. Up next is universal’s typical “Line-O-Ramas” This is basically a compilation of clips with several alternate lines. Up next is a “Backstage at Barden” featurette. This is about 4 minutes in length and is just character interviews. There’s a 3 minute feature next titled “A look inside” it’s a standard EPK style feature, nothing of any use. There’s a Music video and a minutes worth of a burrito stunt from the film. This is a combo pack with a DVD copy and a digital copy insert code. This is a nice collection of features to accompany the film. 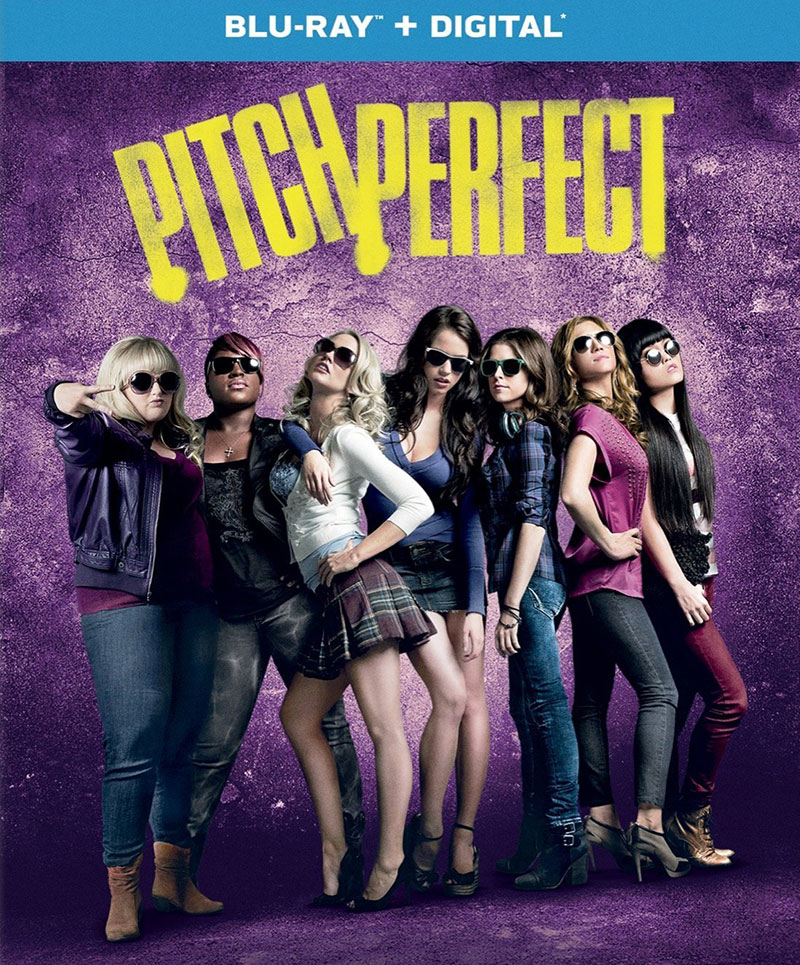