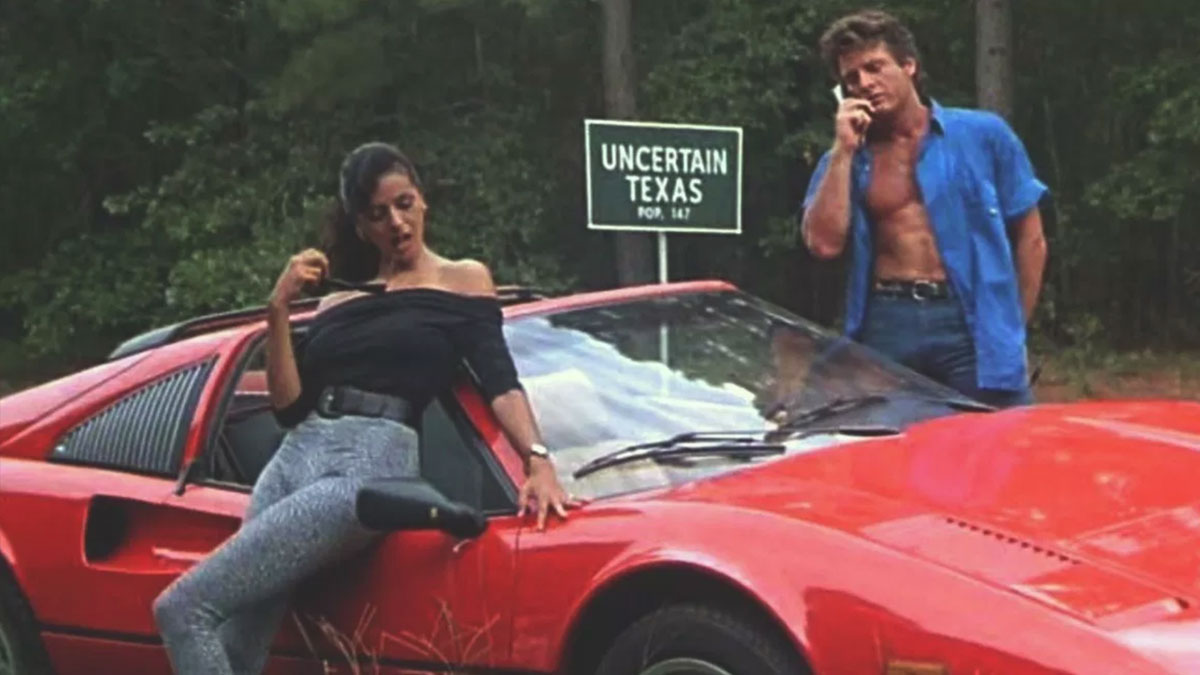 With each passing film I see by the late Andy Sidaris, I adjust my expectations accordingly. I haven’t loved any of the ones I’ve seen, but there’s always a curiosity factor that keeps me wanting to see the next one. That and the fact that the site needs reviews, so when opportunity knocks, I approach. That and getting the solicitation for it, but you get me. Picasso Trigger is probably the tamest of the ones I’ve seen, but there’s still plenty of gun play and the seemingly mandatory nudity. Both things that I certainly approve of, especially when the ladies are certainly easy on the eyes. Fans of his will know what to expect and you’ll either be in B-Movie heaven or reaching for the remote to shut the thing off. I think. I can’t imagine anyone not having strong thoughts on this stuff one way or the other. While this is something I won’t revisit, it should give those knowing what to expect some entertainment value.

When double agent Picasso Trigger is assassinated in Paris after a double-cross, his brother initiates a ruthless hunt against all the agents. Playboy models Donna Spier and Hope Marie Carlton return here as two females ready to kick some butt. The story begins Paris before eventually setting in on Hawaii. The plot is busy, but straightforward enough to follow. My biggest issue is I just couldn’t find myself caring about much of anything on screen. There are some shower scenes and nudity as well as plenty of explosions, but when you’re not involved with the story or anything else on screen, it can be hard to care.

While the film didn’t cut it for me, I do feel the target audience will enjoy it and many will love having it on Blu-Ray to help complete their Andy Sidaris collection. If this is your thing then by all means have at it.

With a 4K restoration, this can look quite good at times, but there’s some heavy grain on more than a few occasions. Details are fine and the print is otherwise solid with no obvious flaws. The colors are well rendered, but the grain is the most obvious issue I have. Still, Mill Creek has done a solid job here.

The DTS HD track is good too, but not overbearing. It keeps us involved with it and has the clarity I’ve come to expect. Vocals are crisp sounding with no clear flaws. It’s not the most robust track I’ve heard, but it serves the film well.

I’ve still yet to be won over by these films, but fans should enjoy just having them on HD. The extras are fine, but are just carried over from the earlier DVD release. This one is strictly for the fans. All others should consider a rental before anything else.