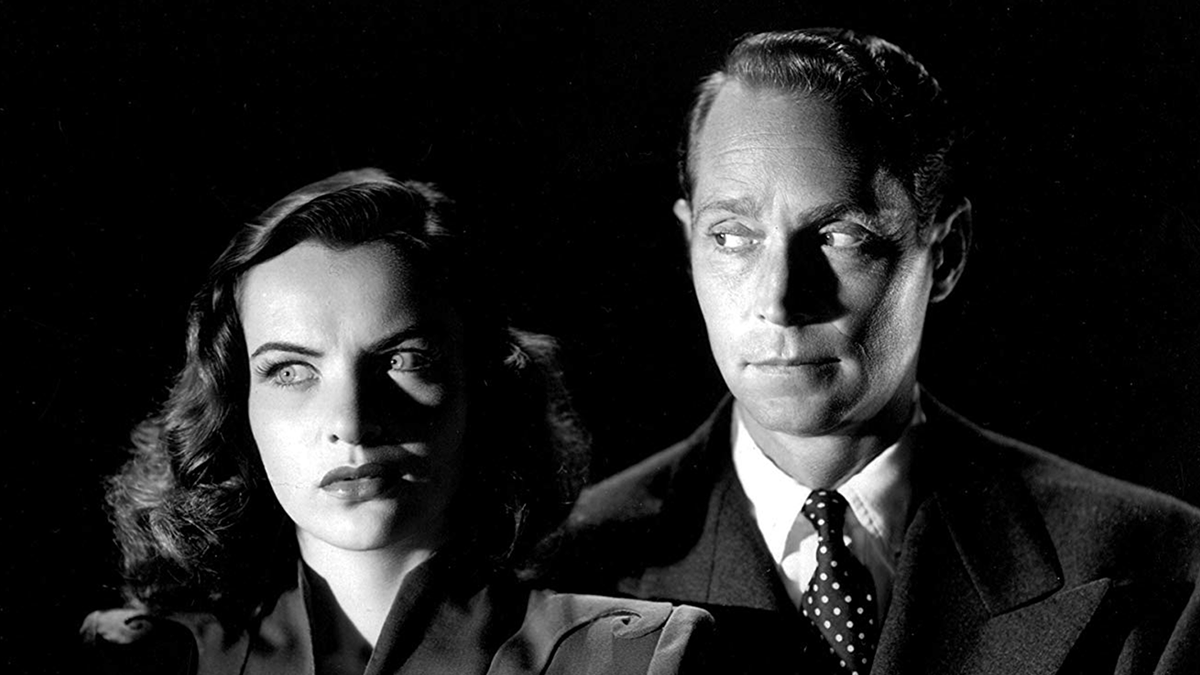 I love film noir. While I am not an expert on the category, it is a genre in which I have viewed a good amount of films. The Blu-ray market has been great for the genre with all the boutique labels beginning to release hard to find film noirs with new transfers. The two labels that have done the most noir releases thus far are Twilight Time and Warner Archive Collection, but Arrow Films have started to release some classic noir on their label as well. Phantom Lady is their newest film noir release and I enjoyed getting a chance to sit down and watch it.

In a bar, a man (Alan Curtis) offers a ticket to a Broadway show to a distraught woman (Fay Helm) wearing a large hat when his date stands him up. She makes a rule – no names, no addresses – under those conditions she will join him. The show is called Chicka-chicka-boom-boom and resembles something you would see at the Copa Cabana. The singer, Miss Montero (Aurora Miranda,) wears the same hat as his date. After the show, the lady departs. When he arrives home to talk to his wife who stood him up, there are inspectors waiting on him. His wife Marcela had been murdered while he was out. His name is Scott Henderson and he is an engineer. They had been married for five years but been unhappy for a while. Early in the evening he had friends over for drinks with his wife to celebrate their anniversary. When the friends departed she refused to get ready for the show. She just laughed at him instead. He asked her for a divorce and she refused to divorce but did say she would stop being his wife. In anger he left to catch the show and that is when he met the unnamed lady. His wife had been strangled with one of his ties while he was away. With the inspectors he retraces his steps and people remember seeing him but nobody remembers seeing the lady. At trial they pronounce him guilty due to his inability to produce the phantom lady. His secretary Carol (Ella Raines,) who he calls Kansas, sets out to track her down and get Henderson an appeal. By investigating she puts herself into danger.

This is an enjoyable noir film that never quite matches the suspense of films like Out of the Past or matches the madcap energy of films like Gun Crazy. The film is helped by the strong central performances in the film.  Alan Curtis is good (if not remarkably memorable) as Scott Henderson. Franchot Tone is great in his role as Scott’s friend Jack. He delivers one of the better performances in the film. Elisha Cook Jr. (who is probably best known for his small role in The Haunting of Hill House) has a small but memorable part as a drummer with an eye for women.

In the performance that makes the film, Ella Raines is lovely as Carol (or Kansas.) The movie does a great job of making the central protagonist a strong and determined female character. This was not atypical of the noir genre, but the fact that she was strong and virtuous makes it more of an anomaly. Typically in noir films the strong female characters are femme fatales that lead men to early graves, like sirens leading sailors to the rocks. It was refreshing to see such a modern approach in a film that dates back to World War II.

This is a well shot noir. New York City in the Forties is an ideal location for any noir and this film uses the city to its advantage. Train stations, dark streets, Broadway, 42nd Street – the city makes a strong appearance in the film. Director  Robert Siodmak and cinematographer Elwood Bredell worked well together and the movie’s settings look great.

Overall, Phantom Lady is an enjoyable noir with a great female protagonist. The film is overshadowed by the more exciting entries in the genre, but that should not turn enthusiasts of the genre away from checking it out. This is an enjoyable way to spend an hour and a half.

The transfer provided to Arrow Video by Universal looks good but is not without issues. Here is what the booklet details:

“Phantom Lady is presented in its original aspect ratio of 1.37:1 with 1.0 mono audio. The master was prepared in High Definition by Universal Pictures and delivered to Arrow Films.“

With the transfer appearing in 1.37:1, there will be some bars on both sides of the screen on most televisions. The video transfer has some specking and some flicker. It has not been cleaned up like a Sony or Fox Release. There are scratches, lines on the film, and other print damage. Fine detail is pretty strong, but fans of the film may feel a little bit sad that Arrow did not get a good crack at restoring the film themselves.

The LPCM 2.0 mono track that Universal provided to Arrow sounds pretty good. Dialogue is clear and though there is some hiss it was not distracting or pervasive. This track will not blow anybody away, but I also can not imagine it driving anybody crazy.

Phantom Lady is a solid noir film even if it never reaches the grandiose heights of films like Gun Crazy or Out of the Past. For myself, it was a fun way to spend a Saturday morning and a good introduction to the lovely Ella Raines. Fans of film noir will want to check this film out and see if they want to add it to their collection. The transfer of the film is good but feels a little lazy. I wish Universal had taken some time to remove the specking, scratches, and random wear and tear on the transfer. The supplements are a little bit weak for an Arrow release. Overall, Phantom Lady is an enjoyable entry in the noir genre and I am glad to have it in my collection. 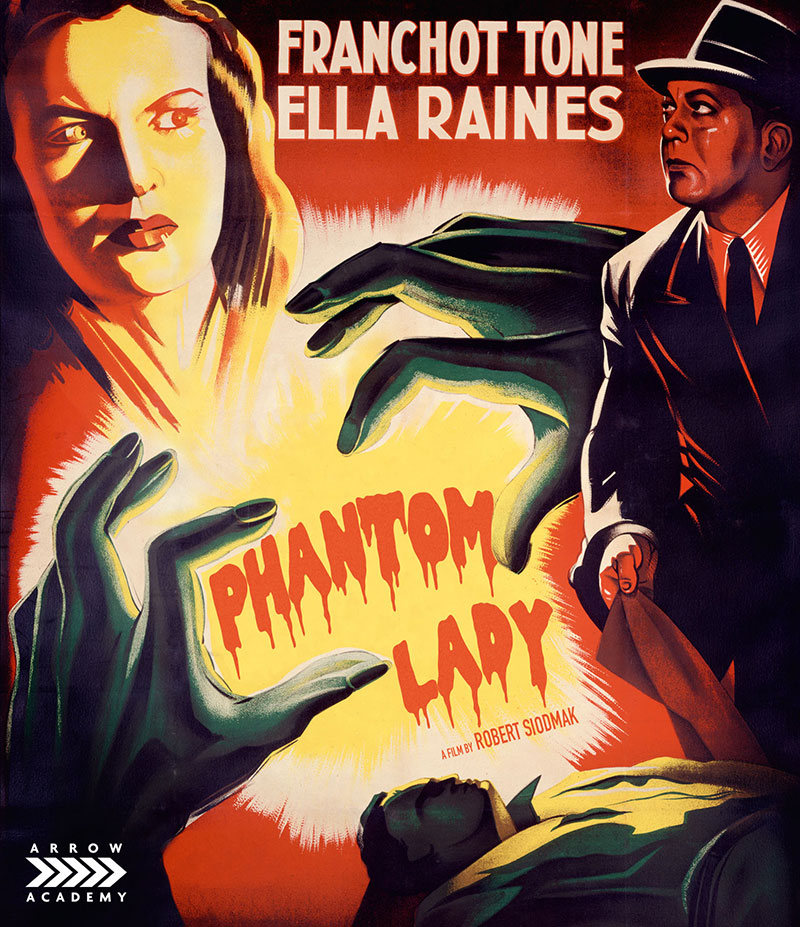