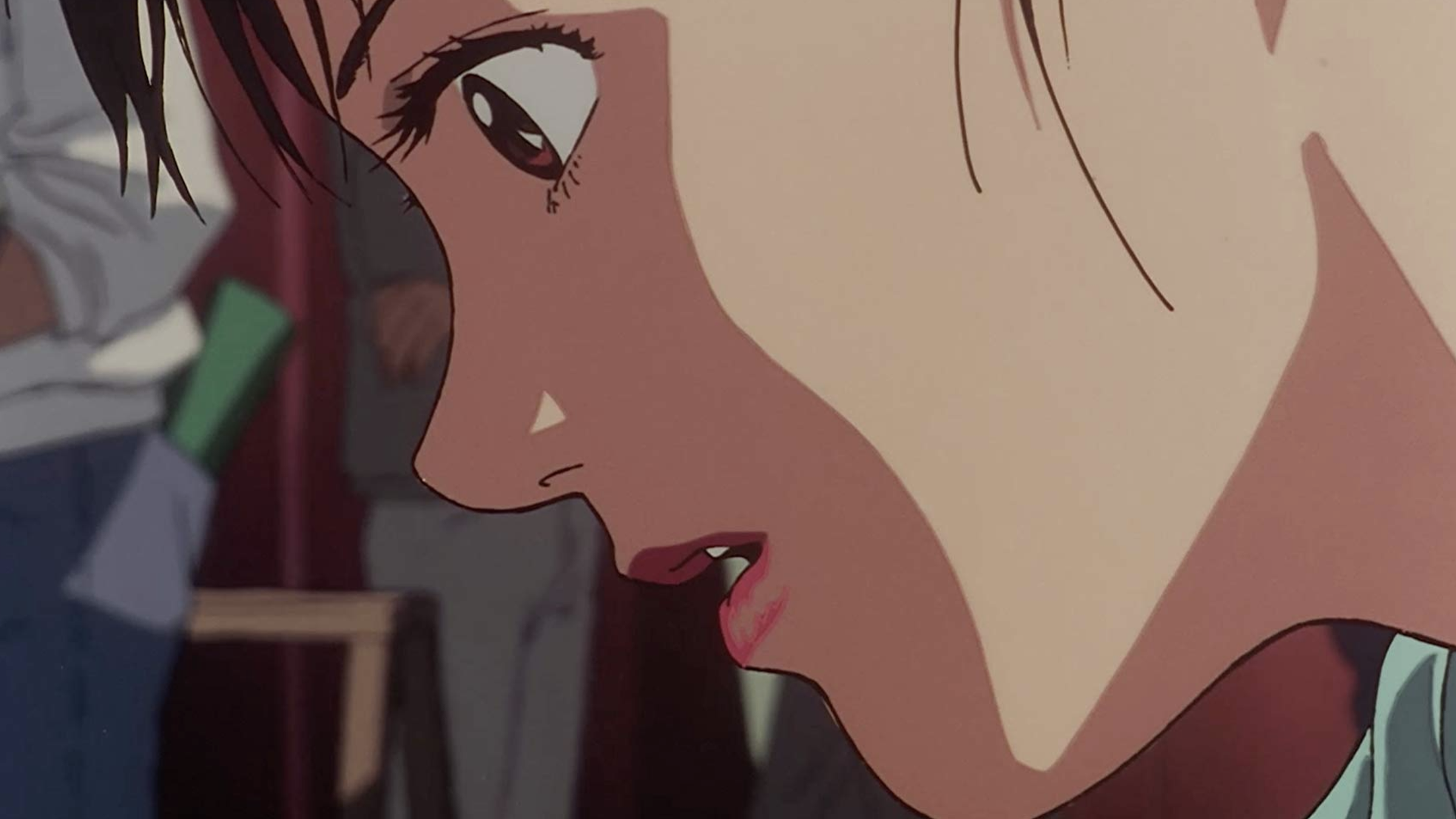 The movie takes place in Tokyo. As the film begins, young pop star Mima Kirigoe gives her final performance with her girl group Cham!. She has decided to leave the group at the urging of her agent Tadakoro but against the urging of her manager Rumi to gain a role as an actress on a popular police procedural. This is a difficult decision but she takes the career advice despite her training for years to be a singer. An obsessive and creepy fan in the audience, Uchida, watches her final performance and is beaten up when he tries to keep some punks from throwing bottles at the stage. Mima is swept into the seedy world of the acting industry, and soon finds herself at odds with her own personality. When she agrees to do a controversial rape scene for the television show, she ends her career as a pop singer to become a serious actress. At her apartment, she feels a shift in reality as she comes face to face with Virtual Mima- the pop singer version of herself as portrayed on a website called Mima’s Room. Is she writing all this on the website and not remembering it? At the same time, people involved with the television show and the corruption of Mima are savagely murdered. Mima begins to receive death threats and Uchida appears to be stalking Mima. Mima continues to have doubts about her career choices and her sense of reality continues to fragment as the victims multiply. Mima is progressively put into situations that exploit her in an attempt to have her be taken seriously as an actress.

Director Satoshi Kon had a short but admirable career. He died in 2010 at age 46. His films include Paprika, Millennium Actress, Tokyo Godfathers, and Perfect Blue. This is an amazing track record for such a short span as a director. Perfect Blue is the only one of those that he did not write himself, but it is obvious that he paid meticulous attention to every aspect of the production. As he mentions in the lecture series, everything you see in an animated film is intentional.

Perfect Blue has long been regarded one of the best “serious” anime films. Released in 1997, Perfect Blue originally was planned as an OVA release (straight to video) so Satoshi Kon had intentionally made the film more graphic to try to draw attention to the film. This works for or against the film depending on the viewer, but for those who can handle the couple rough scenes in the film there is a lot to admire about Satoshi Kon’s filmmaking.

About those scenes – while the two or three scenes are graphic, they are also necessary for the plot. Without those scenes, the psychological tapestry of the film could not be woven. Satoshi Kon regretted that he had made the scenes as graphic as he had, but the particular form of grief and disgust that those scenes conjure is part of what has made the film a classic.

Satoshi Kon was a meticulous director and there is not a wasted shot in the film. The movie itself only runs eighty one minutes. It reminds me of how Hemingway would try to distill a paragraph into a sentence. A lot happens in the film and it seems as if the film was trimmed until all that remained was potent imagery. The film’s animation style is not as advanced as what Satoshi Kon would achieve with later releases (keep in mind that this was originally slated for OVA release) but every drawing, every point of view, is well thought and delivered.

The storyline of the film is engrossing. As far as psychological thrillers go, this is one of the most hallucinatory and paranoiac. The film uses the device of jump cuts to intentionally confuse the viewer as to what is real and what is fake, much like Mima can no longer tell what is happening and what she is imagining. It makes the film a unique experience and separates it from other thrillers in the same vein. The film has had its fair share of admirers, including Darren Aronofsky who borrowed some ideas from the film for Requiem for a Dream. The overall storyline of the film is good on numerous levels and what it has to say about fame and exploitation still rings true today.

Shout!Factory presents Perfect Blue with an AVC encoded 1080p transfer in 1.85:1. This is a huge step up from the dated DVD presentations of the past that only filled up part of the screen on all widescreen televisions. Fine detail is excellent and colors and clarity are superb. It is important to remember that this film’s animation quality is good but does not compare to the later intricacy of Satoshi Kon’s later work. There are some shortcuts taken and they will be obvious to the viewer. That said, Perfect Blue has never looked better and the included DVD is a great addition because it is in widescreen as well. Fans will need to upgrade immediately.

Perfect Blue features a Dolby Digital 5.1 mix for its English dub and  DTS-HD Master Audio 5.1 for the original Japanese language track. Both tracks sound great. I watched the film in the English dub and enjoyed the voice acting. The surround effects are used sparingly but the score benefits from the added depth. Fans are going to be really happy with how both tracks sound.

Perfect Blue is still a stunner over twenty years later. It is a compassionate and bitter film about the travails of an actress and how people are used up in the entertainment industry. It’s also an effective hallucinatory thriller. There will no doubt be some who view the film as objectionable due to a couple graphic scenes, and those scenes are definitely hard to watch. I still feel that this is the work of a true artist that was not using the objectionable scenes to be exploitative, but to get an emotion out of the viewer. The film is still a masterpiece of the thriller genre and an important contribution to the Anime genre. Shout!Factory has done a service by making it possible to throw away the terrible DVD copies that came before this Blu-ray and DVD set. The included lectures with Satoshi Kon are fantastic and well worth your time. Highly recommended.