Warner Archive Collection has just released the film Penelope starring Natalie Wood and Peter Falk. I loved Natalie Woods in Bob, and Carol, and Ted, and Alice, so I figured that I would enjoy this comedy. The good news for fans is that WB Archive have done an excellent job on the restoration of the film. The bad news is that Penelope is about as unsuccessful as the other 1966 comedy The Glass Bottom Boat starring Doris Day. I don’t know what was in the water these comedy writers were drinking in 1966, but those two movies serve as reminders of how hard it is to write good comedy.

The film starts with a bank’s grand opening led by James B. Elcott (Ian Bannen.) On the opening day, the bank is robbed by a woman disguised as an old woman. She then sneaks into another disguise and exits the building as the hapless guards fail to address the situation. The lady that robbed the place is Penelope (Natalie Wood.) She is actually married to James B. Elcott. She then goes to her regular psychiatrist appointment with Dr. Gregory Mannix (Dick Shawn) and reveals what she has done. In his line of questioning Penelope reveals her history as a kleptomaniac. Meanwhile, Lieutenant Bixbee (Peter Falk) is assigned to the case while James B. Elcott is none the wiser about his wife’s kleptomania.

This movie has all the right elements. A decent director at the helm in Arthur Hiller. A great leading man and woman in Peter Falk and Natalie Wood. A score by composer John Williams. Cinematography by Harry Stradling Sr. Somehow with all of these great elements this film is missing the most important thing: a script. Comedy is difficult. This movie tries far too hard to be funny while never actually achieving their goal. I would actually say that it is pretty hard to watch. My recommendation would be to avoid this one.

The film’s merit is debatable, but what is not debatable is that Warner Archive has done an excellent job on the restoration of the film. The film looks beautiful on Blu-ray with a strong AVC-encoded image in 2.35:1 aspect ratio that is sourced from a new 4K scan. It’s an extremely bright and bubbly film and full of color thanks to the cinematography of Harry Stradling Sr. The print was in great shape. I feel like I can safely say that this is the best the film has ever looked.

Warner have provided a great DTS-HD MA 2.0 track. The film has an upbeat score courtesy of John Williams that is one of the best aspects of the film. Dialogue is very clear. There are no issues with levels. No hiss or distortion. The score sounds crisp and clean. This track gives the soundtrack wide enough berth to really be enjoyed. Fans should be pleased.

Penelope is a completely underwhelming comedy. The script is just not funny enough to justify the existence of this film. There is so much amazing talent wasted here. That said, the Warner transfer is absolutely beautiful, so upgrading is recommended for fans of the film. 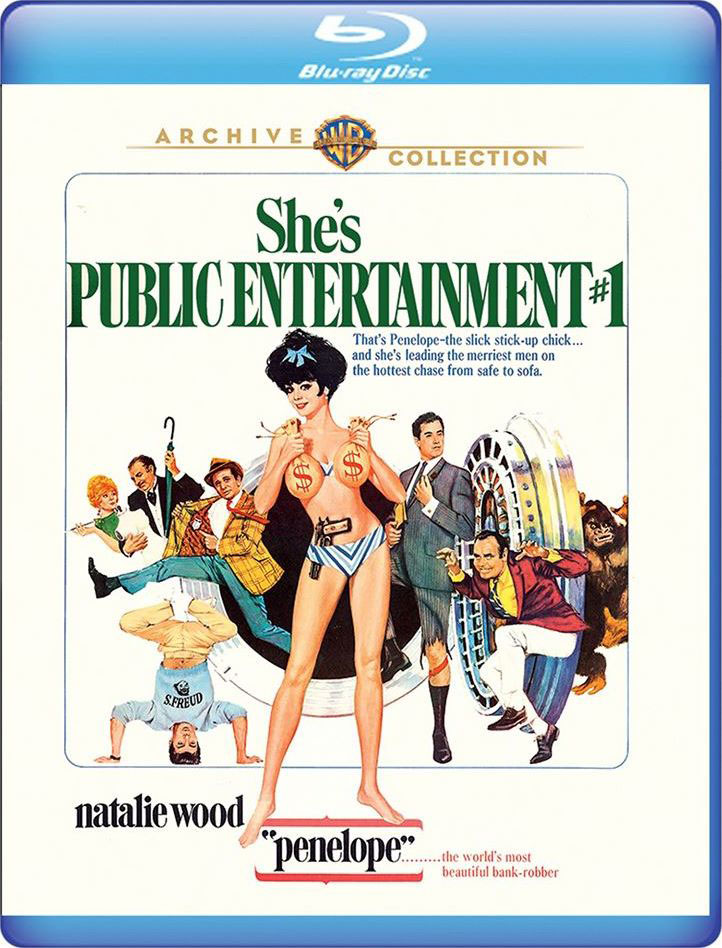