I realize that it’s hard thing being an actor. And to achieve a level where you’re both respected and admired is something more. However I think Nicholas Cage is one such actor who has attained that status. And then 2005 rolled around.  Cage won an Academy Award for his portrayal as an alcoholic in 1995’s Leaving Las Vegas. It really was an amazing movie and one that I’ve not seen since it came out on video (“video” as in VHS). This led to Cage’s later roles in action films of the late 90’s like The Rock, Con Air, Gone in Sixty Seconds and Face/Off and working with such noted directors like John Woo and Michael Bay. He had a hit with the National Treasure films (part 3 has just been announced) as well. But then, like an addict, he just kept making films – and not good ones. We’re talking “B” movies galore and to varying degrees of humiliation here. And so, now teamed with Hayden Christensen (an actor not really known for his acting abilities) we’ve got Outcast – a generic title of a film if there ever was one.  Can it really be as bad as we expect or will it surprise the viewer?

The plot actually has potential…Set in medieval times, power-hungry and evil heir to the throne Shing (Andy On) is furious to learn that his dying father has appointed his 14-year-old brother Zhao (Bill Su Jiahang) to succeed him as king. Fearing that a relentless and vengeful Shing will not stop at murder to claim his place at the palace, the king gives a sacred imperial seal to his youngest son Zhao, before sending him away together with older sister Lian (Liu Yifei).  While on the run, the duo meets Jacob (Hayden Christensen). Gaining a reluctant protector, the trio also encounters the legendary “White Ghost”, allowing them to face Shing’s ruthless army and have a chance of triumphing. The question is…will they?

As you can see above, I didn’t note the Nicholas Cage character of Gallain which is, well, because he’s hardly in it. He’s in the opening sequence, then kind of disappears for half and hour only to be seen in a series of flashbacks. So why then did I dedicate the first paragraph of this review to him? I have no idea. Probably for the same reason I requested this movie to review to begin with – I simply wasn’t thinking. Truthfully, the film isn’t really quite as bad as you might think. I believe Christensen’s acting is perhaps a bit superior to his work in the Star Wars films from a decade ago. Maybe he’s learned a thing or two about acting since playing a movie character legend. Then again, maybe not. In the vein of other films in this genre like The Last Samurai, 47 Ronin or even The Forbidden Kingdom – it’s not quite on par with those. Still, check your brain at the door and it might suffice for some passable entertainment.

Truthfully, this is actually a pretty interesting film to watch. The 2.39:1 AVC HD image has several scenes which I found to be…beautiful. Yes, really. I don’t (and never will) know what the 12th century looked like, but I have to say that I was pretty impressed. Detail is above average, but the dirt and grim that adorns Cage and Christensen’s faces gives it a somewhat muddled look. Colors are a bit desaturated, though there are some pretty impressive sweeping visuals. All in all, it’s got a few errors here and there, but nothing to get worked up about. A fairly nice effort.

Oddly, this disc is encoded with a Dolby Digital 5.1 soundtrack and not a more intense DTS HD Master Audio track. That said, it’s not bad by any means, but these days a lossless mix is one of those things that are taken for granted. Vocals are rich and pure, surrounds are active especially during the battle scenes and the front stage carries the weight of most of the film. It’s been a while since I’ve watched a live action film with a DD 5.1 mix, so it does show what’s missing. Though as I said it’s certainly not bad – it just could have sounded a lot better. 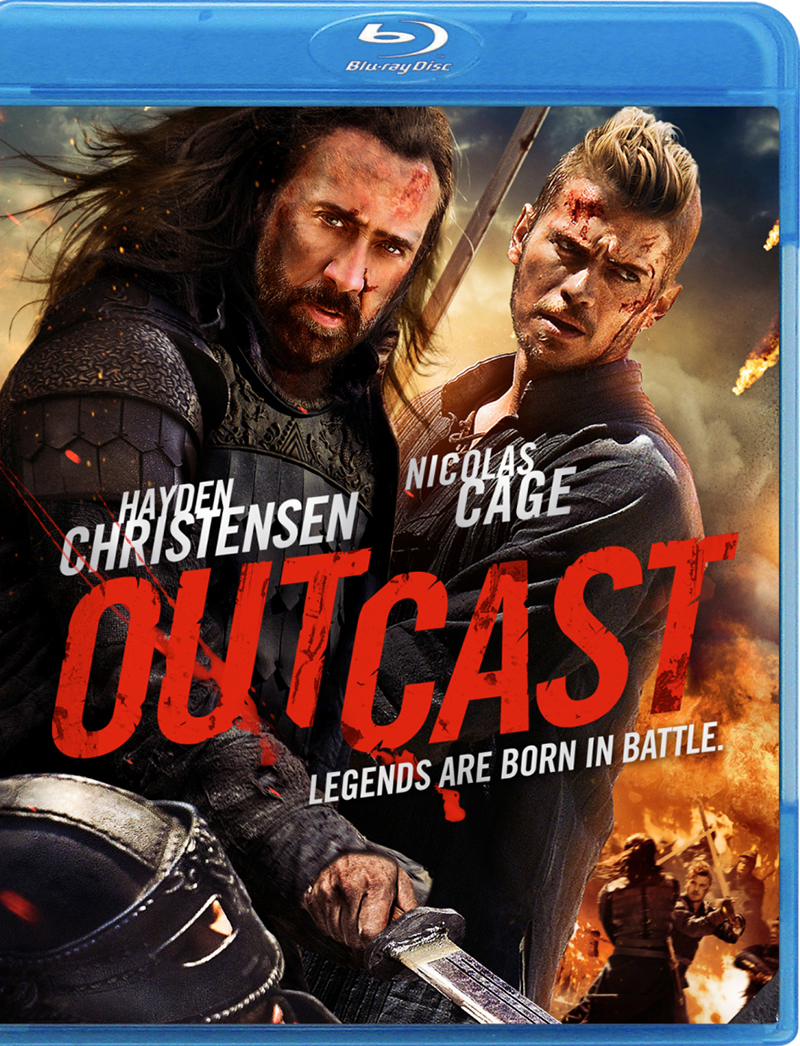